Report: 2019 was the best year ever for Pokémon GO revenue 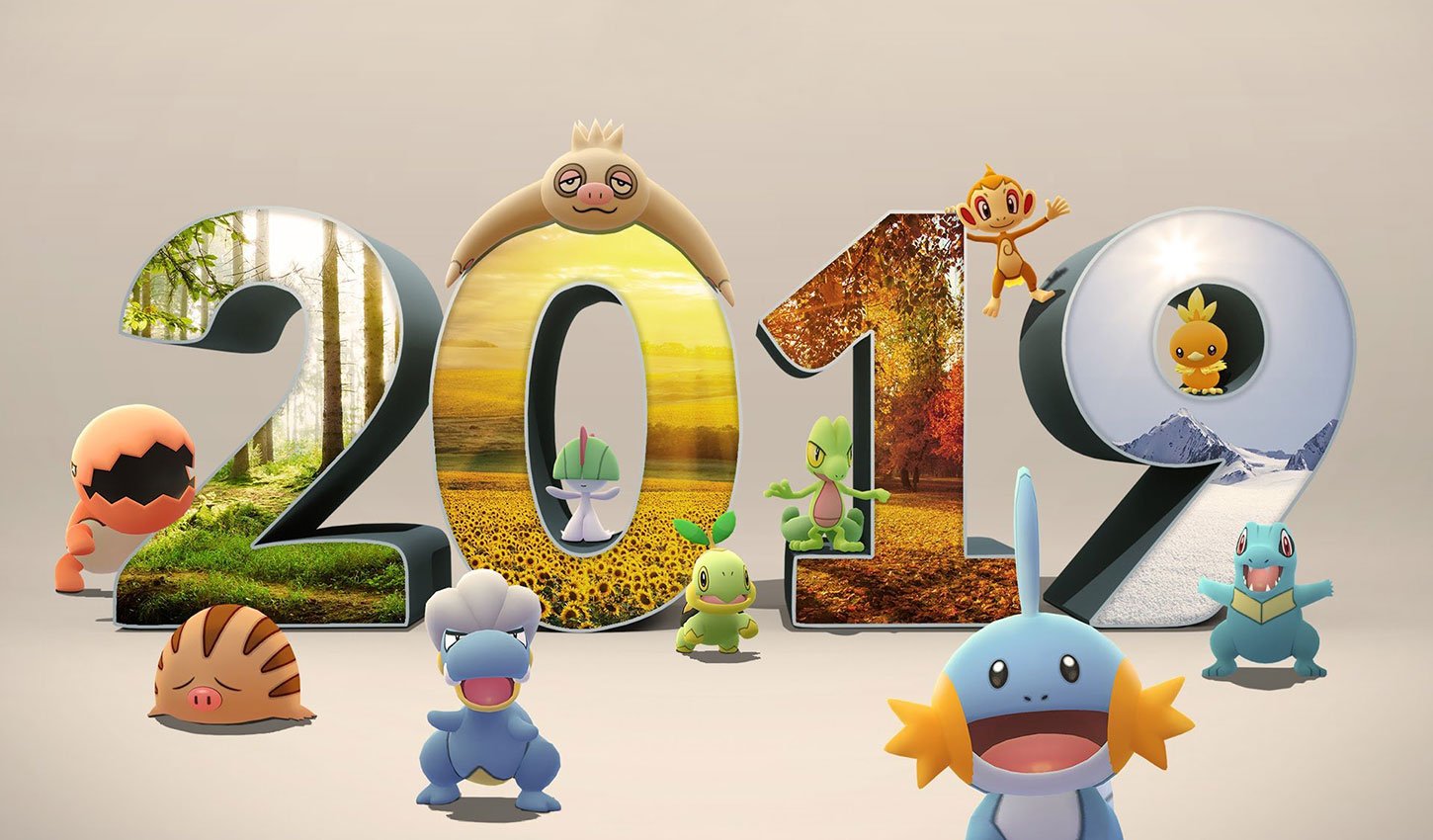 Perennial augmented reality game Pokémon GO has hit yet another milestone, according to a new report from mobile analytics group Sensor Tower. Last year, Niantic’s mega hit generated roughly $894 million in player spending, marking its most successful year since its 2016 launch. To date, Pokémon GO has generated more than $3 billion in revenue.

“Not many games still make as much--or more--as they once did three years later, but we've seen it in some titles,” Sensor Tower mobile insights strategist Katie Williams told GameDaily. “The seven-year-old Clash of Clans just saw 27% year-on-year revenue growth, for instance. I think it's worth noting that part of Pokémon GO’s success is that it's part of a huge franchise that transcends just mobile gaming. With new Pokémon movies and console games coming out all the time, it's natural for interest in Pokémon GO to also be renewed.”

Williams attributes Pokémon GO’s fantastic year to constant support from Niantic in the form of both in-game and real-world events, such as regular community events, the introduction of new Pokémon to catch, and more. Most recently, Team Rocket made its way into the game, which may have played a role in the boost to revenue.

Still, despite the impressive numbers, Pokémon GO was only the fifth best earner in the mobile sector in 2019. It was Honor of Kings from Tencent that snagged the top spot last year with almost $1.5 billion.When put into this sort of context, Williams said, the significant gap between the Asian and western mobile markets is made apparent.

“Titles like Pokémon GO and Candy Crush Saga impress those of us here in the west because we're some of the biggest spenders in those games, so it's hard to visualize just how much is being spent in mobile games when games like 2019's top earner, Honor of Kings, are seeing the majority of their revenue from countries like China,” Williams explained.

According to Sensor Tower’s numbers, the U.S. was responsible for the majority of Pokémon GO’s revenue, contributing around $335 million, or 38% of the game’s 2019 revenue. Japan and Germany followed, with $286 million and $54 million, respectively.

The breakout success of Pokémon GO has resulted in a competitive surge in the augmented reality arena. In September, Square Enix released Dragon Quest Walk, a Japan-only AR experience based on the hugely popular RPG series. In the following four months, it racked up $201 million, making it the second highest-grossing mobile AR game for 2019. This is an impressive feat considering the game released so close to the end of the year, and the fact that it has a limited market compared to Pokémon GO.

Still, that doesn’t mean Dragon Quest Walk is likely to be able to take on Pokémon GO head-to-head.

“Dragon Quest Walk has seen a lot of success in its home country of Japan, but with no plans that I know of to expand to other territories, it's hard to imagine how it might perform in the future against the globally-available Pokémon GO,” Williams explained. “There's also the fact that the Pokémon brand resonates with people all over the world, while Dragon Quest is more niche.”

Looking forward, Williams doesn’t anticipate that Pokémon GO’s ubiquitousness will be challenged in the foreseeable future: “[It’s] the undisputed leader of location-based mobile games, and given that other big names in the category--like Harry Potter: Wizards Unite--haven't grossed nearly as much, it's difficult to see that changing any time soon,” she said.

Pokémon GO has seen unprecedented success in the years since its release, even as the booming mobile market continues to expand. It will be interesting to see what trends emerge in the sector in 2020, especially as 5G begins to roll out. AR in particular could benefit greatly from the increased speeds and reduced latency the tech promises.