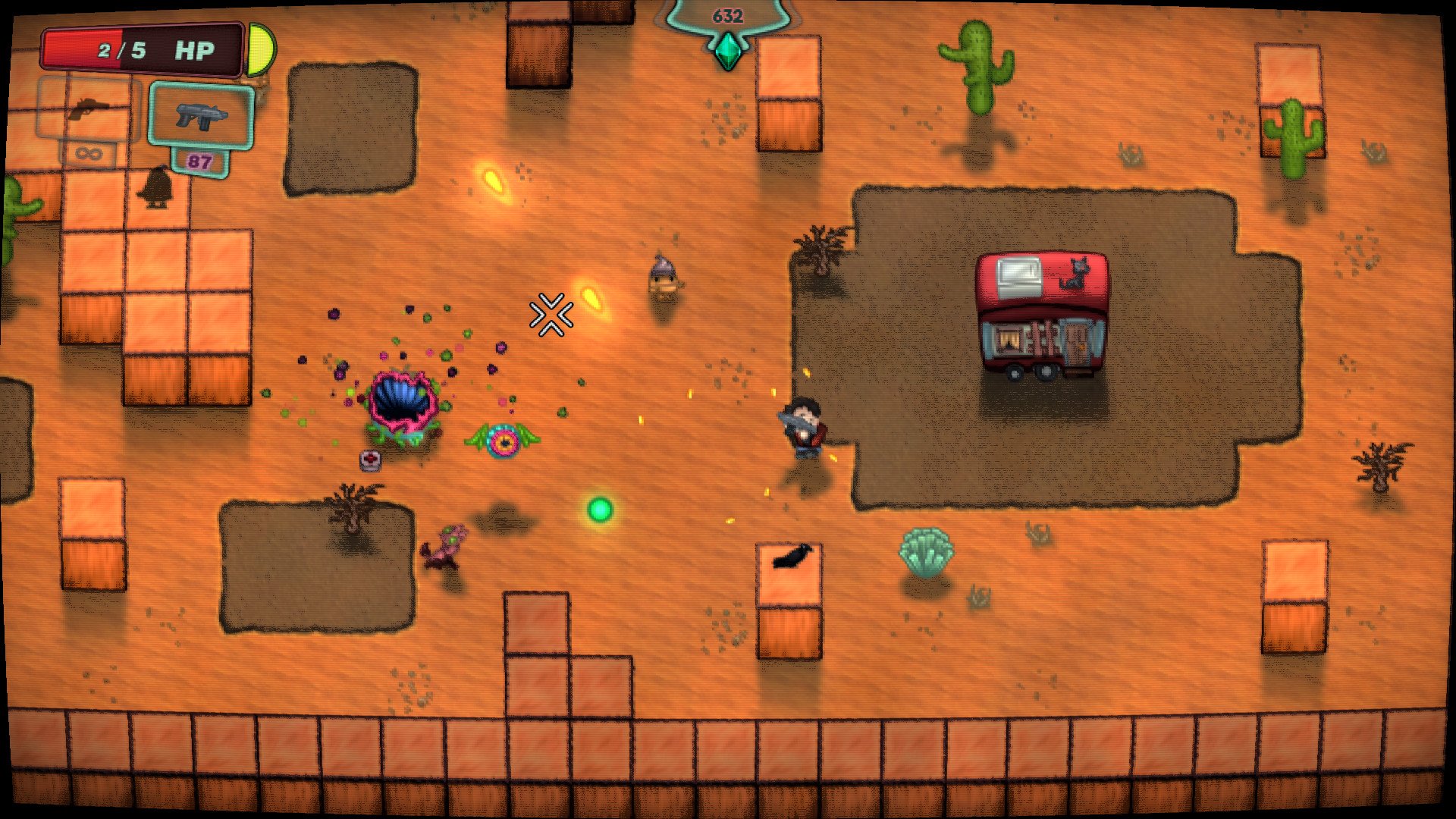 Indie game marketing can be a tricky prospect given the challenges devs face regarding discoverability, but one studio claims to have found success in an unconventional method: piracy. According to ShotX Studio, sales for its top-down shooter Danger Gazers increased 400% after releasing a torrent of the game on The Pirate Bay.

Such a significant increase in sales certainly sounds impressive, but for Nicholas Laborde, founder and executive producer of Raconteur Games, the numbers should be taken with a grain of salt.

On its Steam page, Danger Gazers only has 10 user reviews. They’re all positive, and a couple mention the torrent, but Laborde casts suspicions at the ratio of reviews to the reported 400% spike in sales.

“With only 10 reviews on Steam, saying a 400% sales increase is an eye-catcher for sure but not necessarily as huge a financial payoff in context as that percent shouts at us,” he explained. “Others can correct me if I'm wrong, but Steam reviews usually hover around roughly 2% to 5% of copies sold, so if we go off of 5% and it has 10 reviews, that's around 200 copies sold. If a 400% increase occurred, then they've now sold close to 1,000 copies. That's really awesome for an indie dev; a few thousand bucks is nothing to shy away from and can get them going on their next project. I do believe it gave them a boost, but this is very much a PR headline rather than an exponential overnight success.”

Laborde is quick to point out that he doesn’t fault the team at ShotX for publishing this news. “It's exactly the type of message I would send in their situation. The fact that we're talking about it means they got some utility out of it. Nice job, team!”

Regardless of the actual scale reported by ShotX, there’s no denying the challenges faced by indie developers as they attempt to build hype around their products. By releasing a torrent of Danger Gazers itself, the studio has subverted marketing norms, a very relatable move in Laborde’s eyes.

“When you're an indie first starting out, you have to figure out how to move the needle in whatever way you can. They've definitely done that here. When I released my first game, I would do something like this in a heartbeat.”

In fact, encouraging piracy has been practiced for many years now, with a handful of devs embracing it as a valuable marketing tool. For Laborde, though, this is no longer a viable strategy.

In his early days of development, Laborde was driven by a desire to get his games in the hands of as many people as possible. Now, however, with more experience and relative financial stability, he says that ShotX’s strategy here is not a long-term solution. The biggest reasons: sustainability and the perceived value of its art. These are primary considerations for Raconteur as the team works on its current project, Doggone.

“While they successfully moved the needle and made a PR splash, this is not a sustainable approach,” Laborde said. “It reinforces a mentality that art ‘should be free’ and ultimately devalues their work over time. This works as a one-time attention grabber and audience-expander, but I can't recommend it long term.”

Instead, Laborde says that building a community is the foundation indie success is built on. In a medium that sees literally thousands of annual releases, the idea that “build it and they will come” does not hold any weight. It takes a specialized approach and lots of man hours to grab the attention of potential consumers, a necessary expense in Laborde’s eyes.

“It's a much more valuable use of development time to build your community and budget time and resources for marketing outreach throughout development, rather than throwing things at the wall when it releases and the window of interest passes,” he said. “If you incorporate marketing into your plan from the beginning, you don't have to leave nearly as much to chance. I genuinely believe that as soon as you have that first greybox with mechanics that work, throw it on Twitter, post it to Reddit, send it to a small YouTuber or content creator that you could then grow a relationship with. That's how you set yourself up for some great marketing opportunities down the line. Marketing does not exist in a vacuum to sell copies when you release; it coexists with your development processes.”

Just as important, though, is defining what success means to you as a studio. If development is more of a side project than a primary method of income, then releasing a torrent of your game can be a good way to grab attention and headlines, like is has here. However, such a move has the potential to raise questions about how the devs view their own work, and how much they value their time. A more formal and substantial marketing strategy is key to long-term sustainability.

Of course that opens the way for a whole other set of troubles, such as seeking investment from venture capitalists and braving the waters of social media for promotional purposes. But these measures are necessary in the modern age of gaming, and ought to be a consideration from the start rather than hastily addressed via a post-launch marketing stunt. For as impressive as a 400% bump to sales is, it’s more of an anomaly than the norm, which is why so many outlets are reporting on it in the first place.