Riot enters the board game arena with new tabletop division 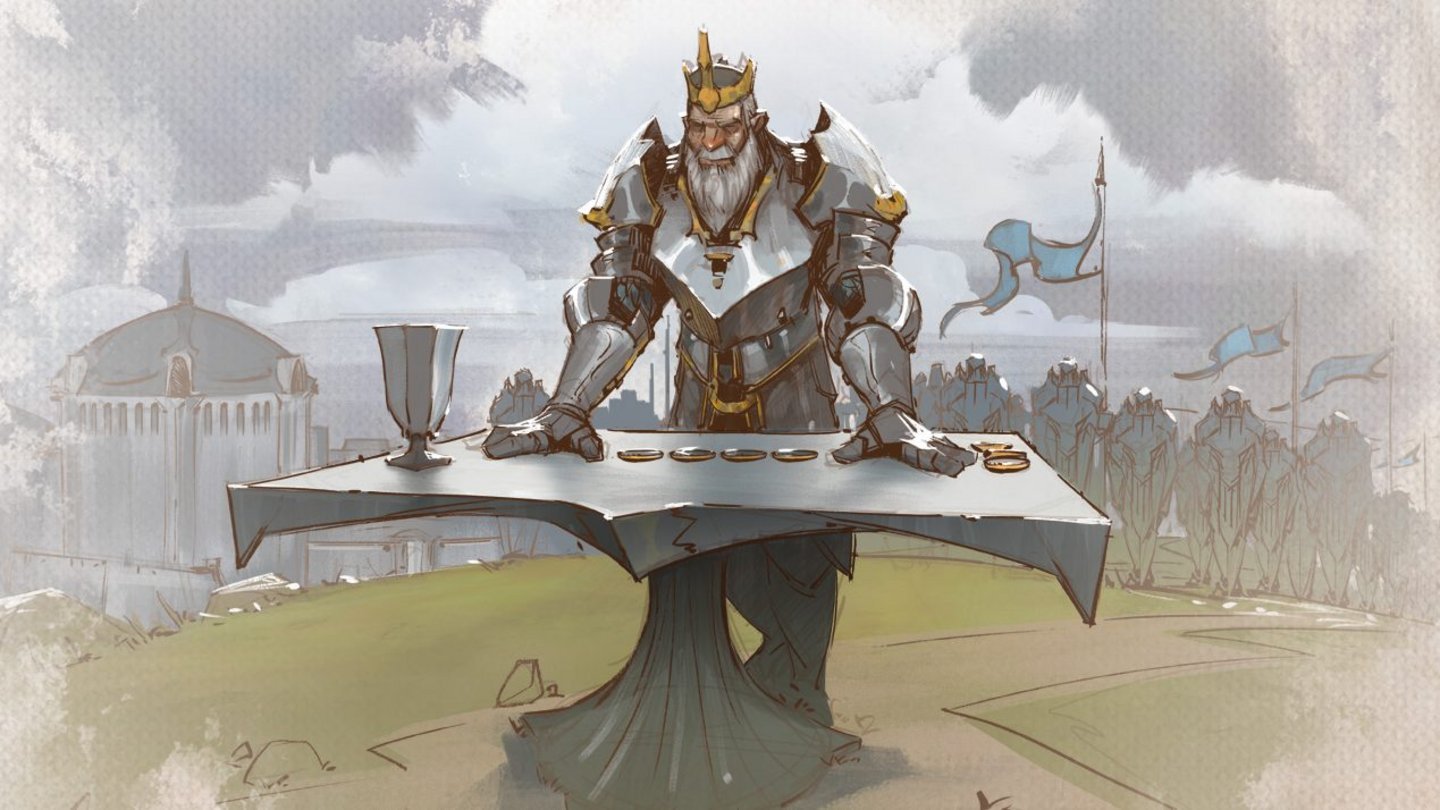 Riot Games celebrated 10 years of League of Legends last October, but for all the success the company has had, it’s almost exclusively put its eggs in one basket. That has started to change, however, now that Riot announced seven new games, an animated series and a division dedicated to single-player experiences called Riot Forge. Today, Riot took another step towards diversification with the official formation of Riot Tabletop.

Three years ago, Riot launched its first ever tabletop game, Mechs vs Minions, and now the studio wants to build on that experience with “many” new tabletop games, beginning with Tellstones: King’s Gambit, “a bluffing game with perfect information for 2 or 4 players,” described as a “Demacian variant of a game played across Runeterra.”

Unlike Mechs vs Minions, Riot says that Tellstones will focus on a smaller scale experience that can be played more quickly: “Our first tabletop game was a huge, cooperative game loaded with miniatures and narrative content. Our second game is competitive, much smaller, and plays faster. They’re worlds apart, but united by the focus on player experience outlined above. And that’s what we’re so excited about—multiplying player experience across the wide range of games you can play at a table with friends.”

Mechs vs Minions had an elaborate production value and saw a somewhat limited run of 30,000 copies made. If the Tabletop division at Riot can continue to grab players’ attention the way Mechs vs Minions did, you can bet that Riot will be able to quickly leverage an industry worth more $9 billion and estimated to crack $12 billion by 2023, according to Statista.

With a D&D heritage and a strong crossover between tabletop and card battling games like Hearthstone, tabletop and digital video games have always shared a common audience. It’s one of the reasons why tabletop accounted for nearly $700 million of the $1 bilion games category on Kickstarter to date. As The Guardian noted in 2016, video games, rather than stealing the limelight from board games, have actually helped the market grow.

“Everyone’s a mobile gamer now,” said Ben Hogg, marketing manager for UK-based board game distributor Esdevium. “Speak to anyone who’s got a smartphone, they’ve got at least one game they like to play on it. Now there are more people who are open to the idea of playing a game than ever before.”

Tabletop is a sector that shows no signs of slowing down, and Riot should be able to appeal to current fans while also expanding its audience.

“We’re gamers. That means more to us than just video games. You can tell by the piles of board games, miniatures, and roleplaying books stashed around the office. So it was natural to explore what would happen if we brought the Riot perspective to tabletop games,” the company said.

Part of Riot’s strategy in tabletop will be to emphasize accessibility. Many tabletop games can be incredibly complex with lengthy setup times and long lists of rules to learn. That can be a barrier to entry for some and Riot wants to fix that. Much like the challenge of quickly onboarding players in mobile games, tabletop experiences should draw players in without too much to learn too quickly.

“How can we make the game easier to get to the table? What can we do to ensure that a player can play this game?” Riot added.

2019 was a year in which Riot Games had to address scrutiny of its workplace culture and ultimately was forced to pay out $10 million to women who used to work at the company as part of a discrimination lawsuit settlement. With a renewed focus on its portfolio, multiple projects and now a tabletop division, 2020 should hopefully turn out to be far better than last year for Riot.