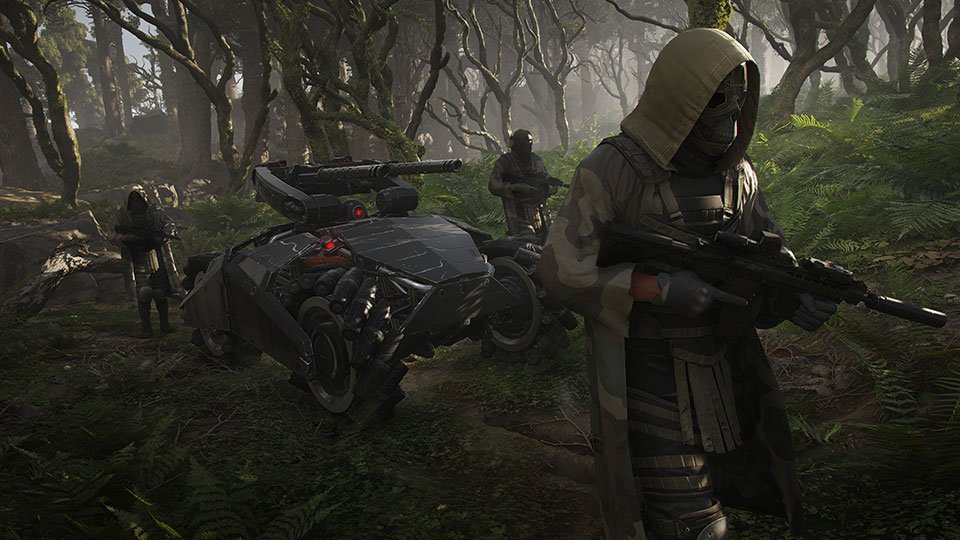 In October, Ubisoft CEO Yves Guillemot announced an adjustment in financial outlook for the French publisher and developer. The shift was in response to the lukewarm critical and commercial reception of Ghost Recon: Breakpoint and The Division 2, which have been scrutinized for being too similar to their predecessors. Now, it appears that Ubisoft has undertaken a structural shakeup in an effort to address these concerns.

According to a report from Video Games Chronicle last week, Ubisoft is making significant changes to its editorial team in order to make sure each property has its own distinct identity moving forward. Most major Ubisoft releases over the last year or two have been marked by sensibilities rooted in live-service content delivery and extended monetization methods, resulting in similar gameplay elements across the company’s entire catalogue.

According to Mike Williams, reviews editor at USgamer, there is truth to this sentiment, but it is mostly limited to the Tom Clancy line of games.

“I find that Ubisoft games within the same franchise tend to feel the same: Assassin's Creed and Far Cry tell their stories in ways that are specific to them,” Williams told GameDaily. “The issue lies within the various Tom Clancy games, which fall under the same banner, but are supposed to be different product lines. In terms of feeling and tone, The Division 2 and Ghost Recon: Breakpoint felt like they were slightly different flavors of the same concept, which is not great for differentiation.”

It’s this lack of variety that Ubisoft appears to be aiming at with the editorial shift.

“We are reinforcing our editorial team to be more agile and better accompany our development teams around the world as they create the best gaming experiences for players,” a company spokesperson told VGC in a statement.

CCO Serge Hascoet will remain as Ubisoft’s editorial leader, but the departments he oversees will be given more creative autonomy. Historically, Hascoet has been directly involved in games developed at Ubisoft, but his new role moving forward will be broader than before.

As a reviewer, Williams has a great deal of experience and insight into the concepts of franchise fatigue and iteration. Ubisoft’s editorial changes are the right move for the Tom Clancy games, he said, and the increased autonomy of the various development teams should result in unique experiences and riskier narrative moves.

“Perhaps the next Assassin's Creed or Far Cry will also feel unique, compared to their predecessors. So, in that way, it feels like a win overall,” Williams said.

In addition to this change in philosophy, Ubisoft has announced delays for a number of its upcoming games, including Watchdogs: Legion, Rainbow Six: Quarantine, and Gods and Monsters. All told, we could be looking at a significant shift in publishing philosophy from the gaming giant.

It’s hard to fault Ubisoft for relentlessly pursuing live-service as a primary method of revenue. It’s been one of the most notable industry trends over the last few years, and a number of prominent publishers have ridden it to great success. In an October earnings call, EA CEO Andrew Wilson expressed optimism regarding the company’s suite of annual and live-service titles such as Madden, FIFA, Apex Legends, and The Sims 4.

“Our latest EA Sports titles are captivating a growing global player base, and deep engagement in these titles and our ongoing live services fueled our continued momentum through Q2,” Wilson said at the time.

To its own credit, Ubisoft’s stable of live-service games have been an absolute boon; prior to October’s Breakpoint debacle, the company was seeing great returns from them. In particular, Rainbow Six: Siege has gone a long way in keeping players engaged over the years.

“It is a game with an extremely strong core game value, amazing engagement and retention, great sport momentum and has a true global appeal reaching a wide audience in Europe, North America and Asia,” Guillemot said in July. “Only a handful of games in the industry combine those qualities. In a very competitive market for future, Siege still continues to perform steadily.”

It’s interesting to speculate what has made The Division 2 and Breakpoint fall flat in the eyes of Ubisoft executives and shareholders. Upon launch, Breakpoint seemed to be performing admirably--it was in NPD’s top-selling games last September, October, and November. But player consensus points to a perceived lack of iteration between the Ghost Recon titles, and it's ultimately paying customers that keep a game performing month-to-month. Ubisoft, it appears, is displeased with Breakpoint’s reception, and is willing to shift around its entire editorial department to fix it.