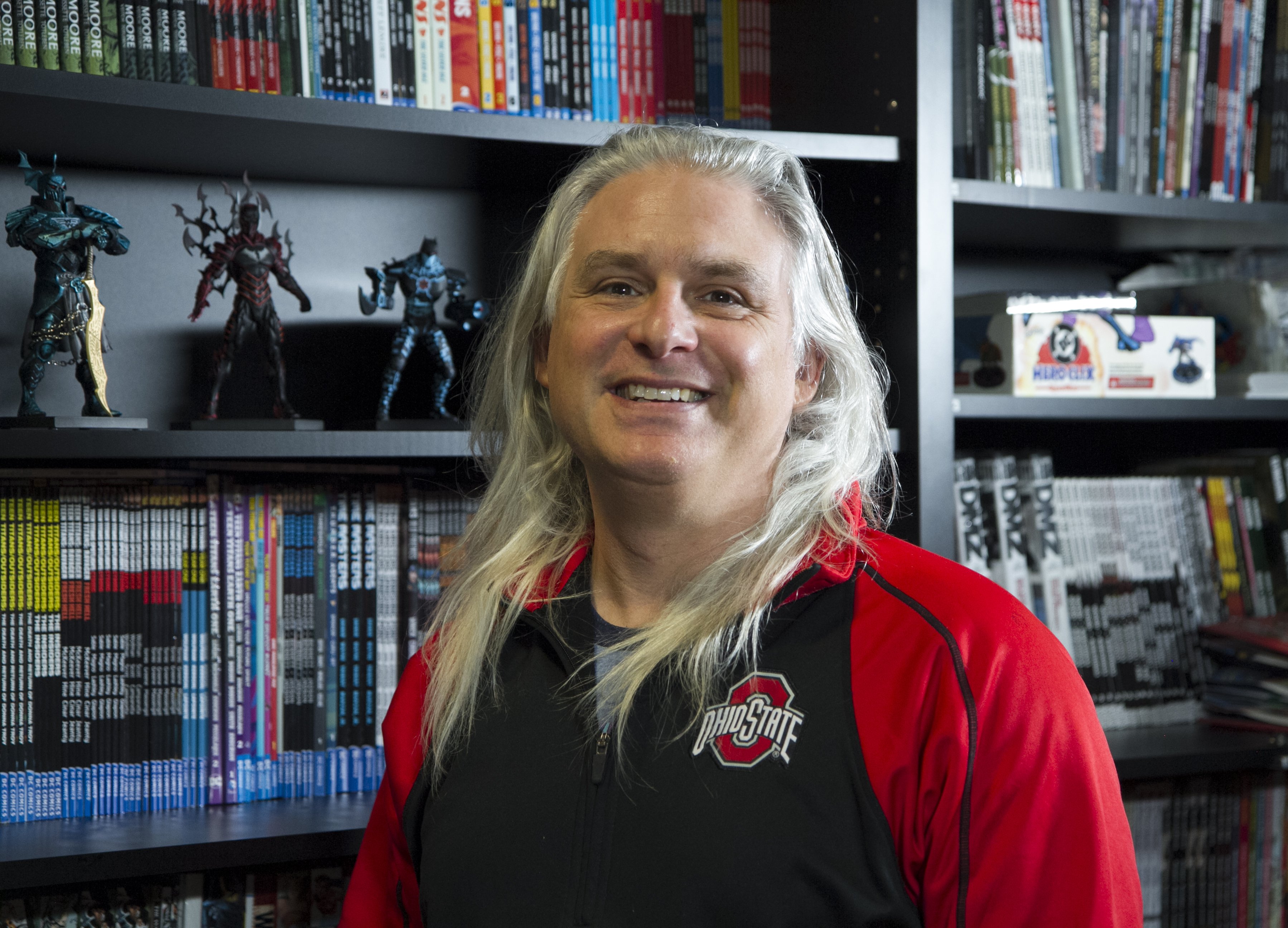 2020 is a few weeks old now, and it would appear that Daybreak Game Company’s New Year’s Resolution is to let its games do the talking. Following a rough year, which saw three rounds of layoffs, including one that shaved the company’s workforce by 70 people last October, the San Diego developer known for zombie battle royale game H1Z1 wants to put its games front-and-center while minimizing the Daybreak name in any marketing efforts.

Interestingly, the pioneering H1Z1 franchise did not get the same studio breakout treatment as DC Universe Online, EverQuest and PlanetSide.This may be indicative of where Daybreak’s future priorities lie.

“It is an honor to be considered the pioneer of the Battle Royale (BR) genre. To date, we believe that there’s nothing quite like the adrenaline rush and frenetic competition that BR games deliver. With Fortnite, PUBG and Apex Legends, the competition for supremacy is probably over. We admire and applaud what they have accomplished to date. With that in mind, our focus is on future products, taking our key learnings and first-hand insight to create another genre-defining game,” Emmert explained to GameDaily.

Emmert, who now serves as CEO of Dimensional Ink Games and whose LinkedIn profile lists him as Daybreak’s head of games, was instrumental in the restructuring effort at Daybreak, representatives informed GameDaily. Emmert’s two decades of experience in the MMO space, having co-founded Cryptic Studios and overseen big projects like City of Heroes, Star Trek Online, and Neverwinter, likely gave management confidence in the franchise-first direction.

“Daybreak in 2020 is ‘franchise first.’ The challenges of the last year-plus allowed us to take a step back and realize that it is our iconic franchises, their history and their community that define this company,” Emmert told us. “Thus, we decided that those franchises needed a structure that gave them not just a new presence, but autonomy and flexibility in certain areas. The Daybreak brand will take a back seat as their publisher, empowering each studio’s stable of developers to chart their paths and content portfolios of world-renowned IPs. The company and its franchises are stronger than ever.”

He added, “From top to bottom, this is a fresh beginning but it’s not a reboot or rebrand. We took a critical look at what was best for our franchises and it was abundantly clear that the development teams are the best overseers of our portfolio, guiding the content’s creativity and operations. In livestreams, forums, social channels and gameplay, they are interacting with the players.

“We believe our content will be better served because the franchise-first focus allows each studio to focus on their games and franchises independent of the others that cater to different audiences. This allows each studio to own its identity, culture, passions and skill sets, cultivating a creative environment and entrepreneurial spirit versus a homogenous ‘one size fits all’ brand story under Daybreak.”

With the rise of genres like battle royale and MOBA, it feels like more and more online gamers have gravitated toward these new play styles, leaving the traditional MMORPG to a slightly more niche crowd. That being said, Everquest (1999) and Everquest II (2004) are still going strong and receiving expansions while DC Universe Online (2011) gets frequent updates. Meanwhile, outside of Daybreak, The Elder Scrolls Online, Guild Wars, Final Fantasy XIV all maintain loyal followings. If you ask Emmert, even with battle royale and MOBA grabbing attention, MMOs are thriving.

“We believe that MMOs are experiencing a resurgence,” he remarked. “Many successful games have effectively utilized MMO systems to create immersive game experiences. Our own Everquest is growing after more than two decades. The demand is there – but the supply isn’t. We have a vast reservoir of players for our franchises – and over the years, the community has armed us with the information we need to create the next successful MMORPG. In fact, we’re working on it right now and hiring at Dimensional Ink!”

As the games industry continues to evolve with new technologies, the boundaries between platforms are increasingly becoming blurred. Cloud gaming, 5G wireless connections and brand-new consoles later this year are giving developers plenty of food for thought. Emmert, like many developers today, sees the landscape evolving and wants to ensure that the games he works on are playable across platforms.

“The continued advancement of technology is amazing as it enables our content to reach more fans and provide a more in-depth and quality experience. As a content creator, we look at platforms the same way a TV production house views Netflix, Amazon, cable and the networks as potential channels for their content to be consumed. The plan is for our next MMO to be playable across multiple platforms,” he said.

One of the platforms that any developer has to consider these days, of course, is mobile. The industry is on pace to eclipse $100 billion this year alone, and the top cross-platform games, including Fortnite, PUBG and Minecraft, have all leveraged mobile with aplomb. Thanks to holding company Nantworks, which set up a joint venture with Daybreak in 2018 called NantG Mobile, the company is likely to continue to bring its products to the mobile market, but Emmert said it won’t be the immediate concern for Dimensional Ink, Darkpaw or Rogue Planet.

“There is no doubt that mobile is a significant growth sector for the industry. NantG continues to bring some of our games to mobile, but it’s a separate endeavor from Dimensional Ink Games, DarkPaw Games and Rogue Planet Games. The immediate goal is focusing on what we are good at - creating MMO games for PC and consoles,” he stressed.

As these franchise studios continue to push forward in a live service era, we can’t help but wonder what toll it takes on the teams. Crunch continues to take center stage in industry conversations as companies like CD Projekt Red and id Software have both acknowledged that their projects required long hours, even with delays. For live service games, there’s no end to the development process as the games need new content all the time. Emmert, however, pushed back on the idea that live service products could be problematic.

“Honestly, I’ve always seen unfair crunch practices mostly associated with boxed product games,” he commented. “In MMOs and live content, my development philosophy is aligned with a marathon, using runners trained for endurance. When we go live with a new update on DC Universe Online, for example, the team is alreadyworking on the next phase. We’re always working on something.”

Aside from the three new franchise studios and continued support of H1Z1, Daybreak still publishes the Lord of the Rings Online and Dungeons & Dragons Online for Standing Stone Games. The future, however, is clearly going to revolve around Dimensional Ink, Darkpaw and Rogue Planet. After a tumultuous year, and a clear strategy to distance itself from Columbus Nova, which had nearly been sanctioned by the U.S. Treasury Department (the company claimed that was all a misunderstanding and it was never owned by Columbus Nova), focusing on the games and the community may just be the best course of action to take.

Update (1/27/2020): A Daybreak spokesperson further clarified: "Daybreak Game Company has no affiliation with Columbus Nova. Jason Epstein purchased Daybreak (then SOE) from Sony in February 2015. Mr. Epstein was a senior partner at Columbus Nova at the time he acquired the company. He left Columbus Nova in 2017 and remains the primary shareholder of Daybreak."