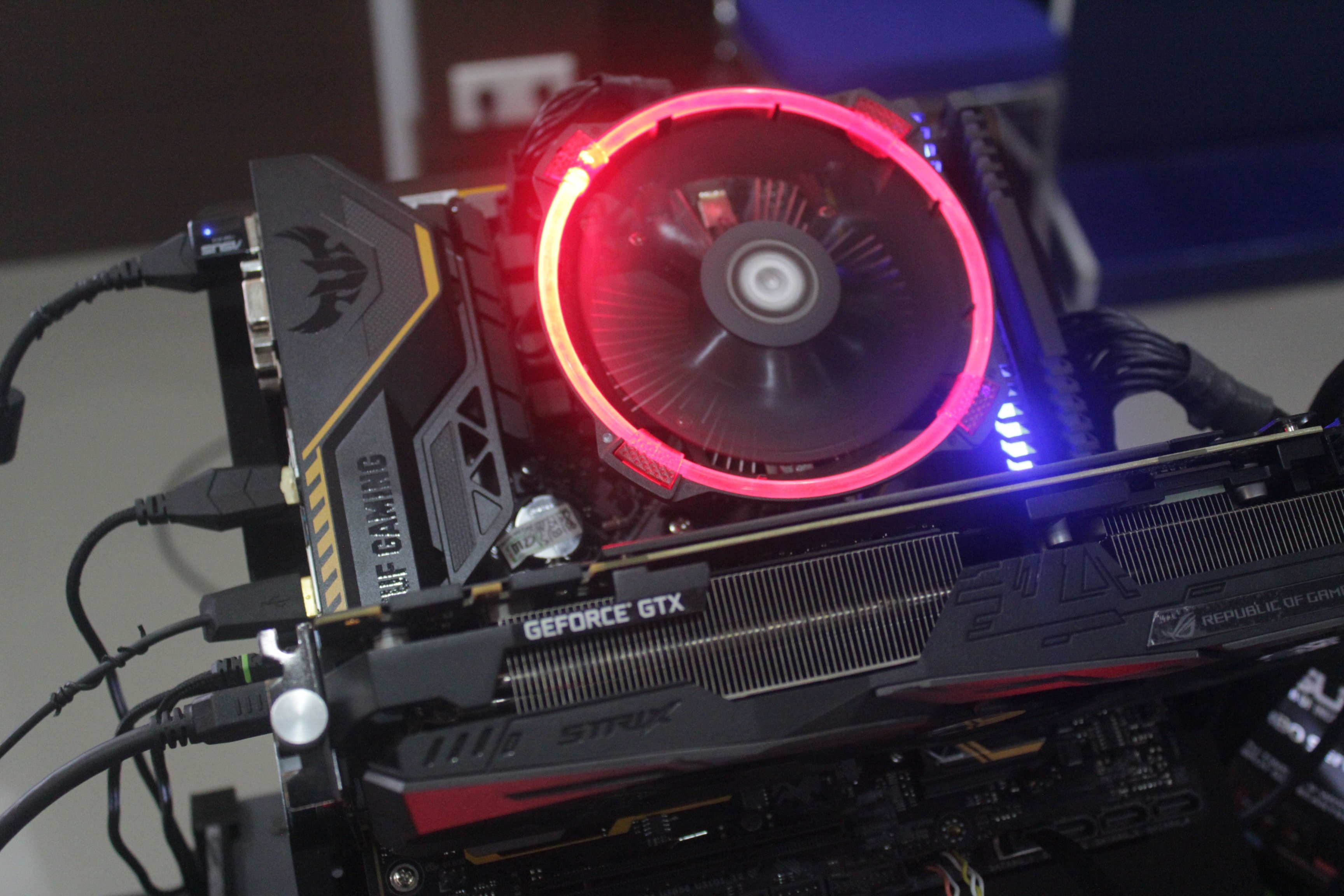 Ahead of March’s annual Game Developers Conference, organizers of the event have released a new report examining the games business. The eighth annual State of the Industry survey includes responses from about 4,000 game developers, and provides a look at prominent trends and predictions for the future. This year’s survey--which is anonymous--also asked how devs are planning to utilize next-gen hardware to make games on the PlayStation 5 and Xbox Series X.

The survey would seem to indicate that not all devs are ready to completely leave the current generation behind: only 5% of those surveyed are making games exclusively for next-gen hardware, while 34% are working on projects that will appear on both current and next-gen platforms. The majority of those surveyed--39%-- are uncertain on what platforms their next project will appear on, though.

It’s the PC that most appeals to developers, according to one survey question. When asked what platforms they are most interested in, 50% answered with PC, followed by the PlayStation 5 at 38% and the Nintendo Switch at 37%. Exact reasons for PC development’s appeal weren’t given but the cost is often cheaper, there’s no license or certification needed, and it’s a more ubiquitous/accessible platform with direct access to players.

One of the most prominent gaming trends of the last several years is the emergence of virtual reality and augmented reality experiences. The technology still has lots of room to grow, however, if the GDC’s survey is anything to go by; 54% of developers are not, or have never been, involved with VR or AR projects. Of the 48% that answered that they are, 25% said that their game is being developed for the Oculus Rift, with the Quest right behind at 24%.

Recent comments from console manufacturers reflect the lack of complete saturation of VR interest. In November, Xbox’s Phil Spencer claimed that “nobody is asking for VR,” stating that the tech is not a priority for the Xbox Series X.

“I have some issues with VR — it’s isolating and I think of games as a communal, kind of together experience. We’re responding to what our customers are asking for and… nobody’s asking for VR,” Spencer told Stevivor at X019. “The vast majority of our customers know if they want a VR experience, there’s places to go get those. We see the volumes of those on PC and other places.”

Still, VR and AR experiences will remain a priority for others in the development sphere. In particular, Pokémon GO developer Niantic rode the technology to an $894 million 2019, and will likely continue to grow throughout 2020. Nintendo is also looking into AR development, according to comments from president Shuntaro Furukawa. Even if AR and VR have yet to fully breach the mainstream, many prominent names in the industry have recognized the potential for growth in the market.

One of the biggest hurdles for smaller developers is the funding and marketing of their games. According to the GDC’s report, only 36% of developers surveyed utilize the services of on-staff marketing or public relations professionals, while the same percent said they do their marketing themselves. Discoverabilty is an ever-present obstacle in today’s market. While some marketplaces have been making efforts to help in that regard, there’s no guarantee that your game will attract any eyeballs. It is perhaps this uncertainty that explains why so many indies are hesitant to employ marketing professionals.

Regarding capital, roughly 51% of developers are self-funded, and 31% use personal funds, suggesting that most games are paid for without outside help. Only 17% of those surveyed said they receive any sort of funding from a publisher, while even less said they’ve gotten investments from VCs. Crowdfunding has risen in popularity in recent years, but only 6% of those surveyed said they’ve ever gotten any money this way. In total, only 48% of all respondents expressed any interest in crowdfunding whatsoever.

Monetization has become an increasingly boisterous discussion in the industry thanks to the wild success of the free-to-play business model in the last 5-10 years, and GDC’s survey illustrates the industry’s shift in that direction; 43% of respondents said that the games they’re developing will use the free-to-play model.

Subscriptions are also starting to disrupt traditional methods of monetization, as many publishers are beginning to roll out their own services. Companies like Ubisoft, EA, Square Enix, and more have all either released such services, or have expressed interest in doing so. The gold standard at the moment, though, is Xbox Game Pass, which has been a resounding success for Microsoft.

GDC’s survey points out that developers are split on the potential of subscriptions to devalue individual game releases, with 27% answering “yes,” and 28% answering “no.”

“I feel the f2p ad-based strategy is driving the mobile market into a crappy one, full of clickbaity small experiences,” one respondent said. “A fixed price for a huge list of free games to play might be a good way to give the video game art form some freedom back, so we can make good experiences that don't need to last more than it asks for just to make more money, engage, retain, monetize, and so on.”

The flip side of the subscription argument was offered by another respondent:

“The payback rates for most content creators in subscription-based models cannot justify the cost to make the products subscribers use. This is true in every medium that has taken this approach in the last decade. Music artists do not make enough from Spotify, et al, to finance the production of future music... even the top tier artists. Why would games be different? Unless the lion's share of revenue from a subscription service goes to the game creators, it's untenable in the long term. And, even if the bulk of revenue diverts to the creators, it will still create a situation where large AAA studios able to create blockbuster-style hype will end up succeeding, while indies will receive even less than they already do.”

Also a hot topic among industry workers is the concept of crunch, which has seen renewed discussion in recent weeks. According to survey results, the majority of respondents, 59% to be exact, worked overtime at some point during the last year. While management expectations to work extra hours is certainly a factor, it was actually self-pressure that was most cited as the primary reason for crunching.

Going hand-in-hand with workload expectations is the idea of unionization, another recent hot-button issue. 54% of developers agree that the industry should unionize. However, only 23% are optimistic about it actually happening. Between these numbers and the regular occurrence of crunch, games industry morale appears to be in question.

All told, this survey serves as a sort of snapshot of the games industry, and its release foreshadows much of what we’ll hear at GDC in March. Some of the biggest trends, like free-to-play and subscriptions, are likely to figure into many of the panels at the conference. And developers’ positions on these trends are likely to continue to evolve throughout 2020.