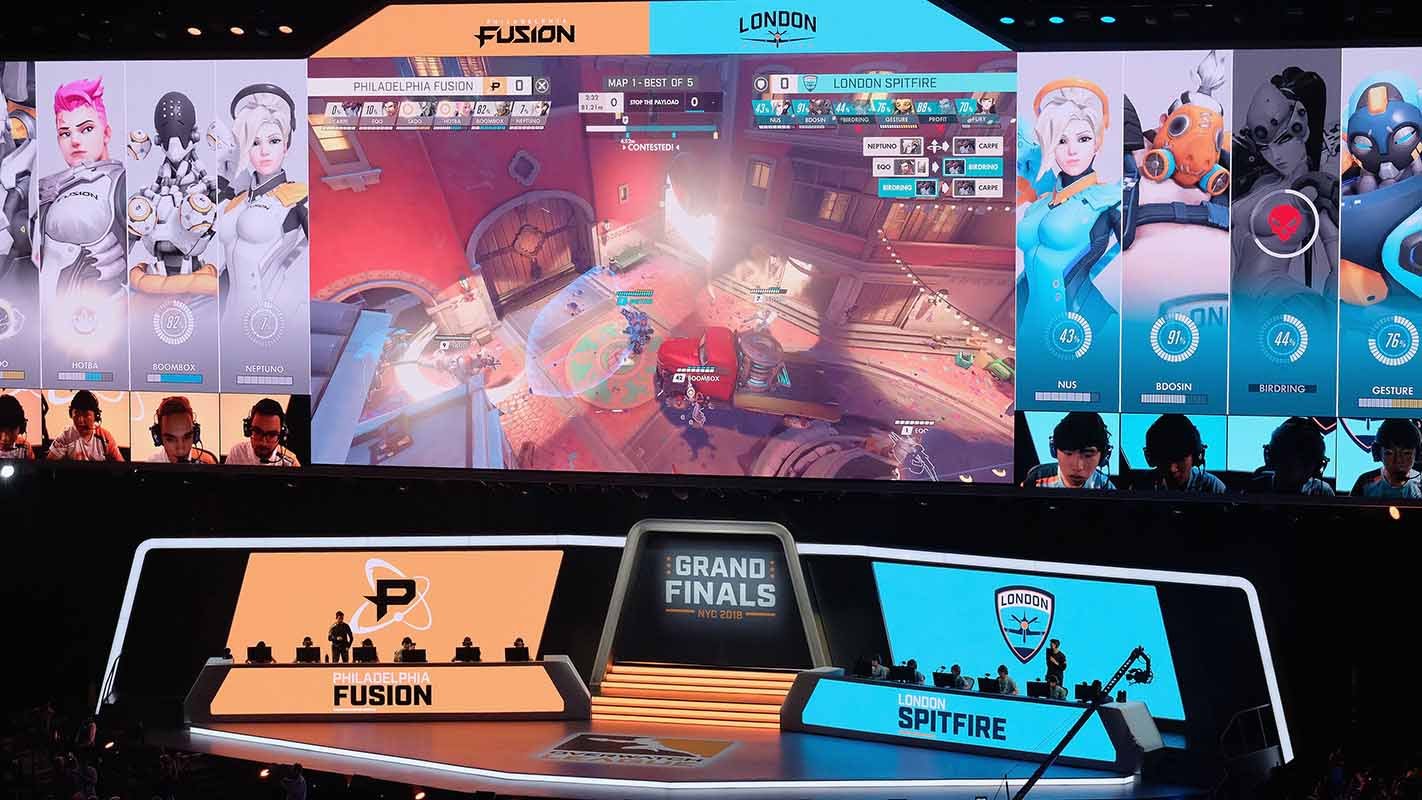 (Update 2/18/2020) A new report from Esports Observer gives us a sense of just how big the money being thrown around in these exclusivity deals is getting. According to "people briefed on the terms of pact," the reported value of the deal for exclusive media rights came in at around $160 million over three years. That covers all the esports properties, including Overwatch, Call of Duty, and Hearthstone. Additionally, the publication revealed that Activision Blizzard's previous deal covering only Overwatch League was reportedly valued at $90 million over two years. It's believed that OWL is controlling the majority of the money in the new deal as well.

According to Stuart Saw, former Director of Strategy at Twitch and currently SVP of Esports at Endeavor, "From a macro market perspective, this a big moment in esports history. This is the first time a tier one western game developer has gone exclusive with one of its products off of Twitch since ironically Activision did so with Call of Duty fiveish years ago. For YouTube, it’s a real statement of intent for them to bolster a growing product.”

Activision Blizzard announced last week a new partnership with Google that encompasses broadcasting and cloud-based hosting services across a handful of esports leagues. Via the new deal, events in the Overwatch League, Call of Duty League, and Hearthstone esports will be broadcast exclusively on YouTube Gaming. In addition, Google Cloud will serve as the preferred cloud services provider for Activision Blizzard moving forward.

"We're excited to partner with Google to drive the next generation of gaming innovation for the industry,” Jacquest Erasmus, chief information officer at Activision Blizzard said in a statement. “Google Cloud's best-in-class infrastructure gives us the confidence to deliver great entertainment to our fans around the world.”

In the past, the Amazon-owned Twitch streaming platform was the exclusive home for many of Blizzard’s esports leagues, including the Overwatch League. By nabbing these rights, Google appears to be challenging Twitch’s ubiquitousness in the esports streaming arena. YouTube Gaming has shown tremendous growth over the last two years, according to a December report from StreamElements, an analyst group and production tools provider that examines trends in the game streaming sector.

We’ve seen exclusive streaming deals in the past, but most of them have centered on specific personalities rather than entire esports leagues. For example, Microsoft’s Mixer snagged a number of prominent content creators last year, including Ninja, Shroud, and Gothalion. Google, it appears, has upped the stakes significantly by entering into a partnership with Activision Blizzard.

Nabbing exclusive rights to league broadcasts isn’t exactly new, though, even if it hasn’t been this prominent.

“Exclusivity around esports events has been around for awhile,” Doron Nir, CEO of StreamElements, told GameDaily via email. “Since 2014 and possibly before, Twitch has been announcing strategic partnerships with events such as the Capcom Pro Tour, Rocket League Championship Series, Tekken World Tour, and their landmark deal with Blizzard in 2017 for major events related to Hearthstone, Heroes of the Storm, World of Warcraft, StarCraft II, and Overwatch, followed by landing Overwatch League prior to YouTube.

“Other platforms have made significant deals too, such as when Facebook partnered with ESL. This is all part of the ongoing growth of esports and gaming as a viewership medium, and we expect this to happen more with deals growing in size over time.”

Activision Blizzard will also benefit from Google’s substantial cloud services, which, Sunil Rayan, the head of gaming at Google Cloud, says will help improve the gaming infrastructure and data analytics for all of its gaming ecosystems.

"We've worked closely with Activision Blizzard for the past few years across mobile titles to boost its analytics capabilities and overall player experience," Rayan said in the press release. "We are excited to now expand our relationship and help power one of the largest and most renowned game developers in the world."

For Nir, this deal represents the rapid growth esports has seen over the last several years. He expects this trend to continue for the foreseeable future, with esports primed to become an even more massive category for media consumption. Nir notes, however, that the impact on Twitch is likely to be minimal.

“In terms of ‘hours viewed’ on Twitch, CoD and Overwatch League represented a very small fraction of Twitch's viewership in the past year,” he explained.

Still, Nir points out that the impact of talent and organization acquisition deals is measured in years, and not in days; we’re unlikely to see the true effects of the Google and Activision Blizzard deal for some time. It’s also worth noting that Twitch also recently established its own esports circuit called Twitch Rivals, and the platform is likely to invest further in that endeavor this year.

As esports continues to rise in popularity, exclusivity deals are going to become more and more aggressive. This partnership is the most high-profile agreement we’ve seen so far, which is indicative of how esports is becoming more of a priority among major tech companies. Just as major broadcast networks wrangle for exclusive rights to air traditional sports, you can expect similar moves in esports this year and beyond.

(Updated 1/30/2020 to reflect that Google is the preferred cloud partner for Activision Blizzard, not the exclusive partner)