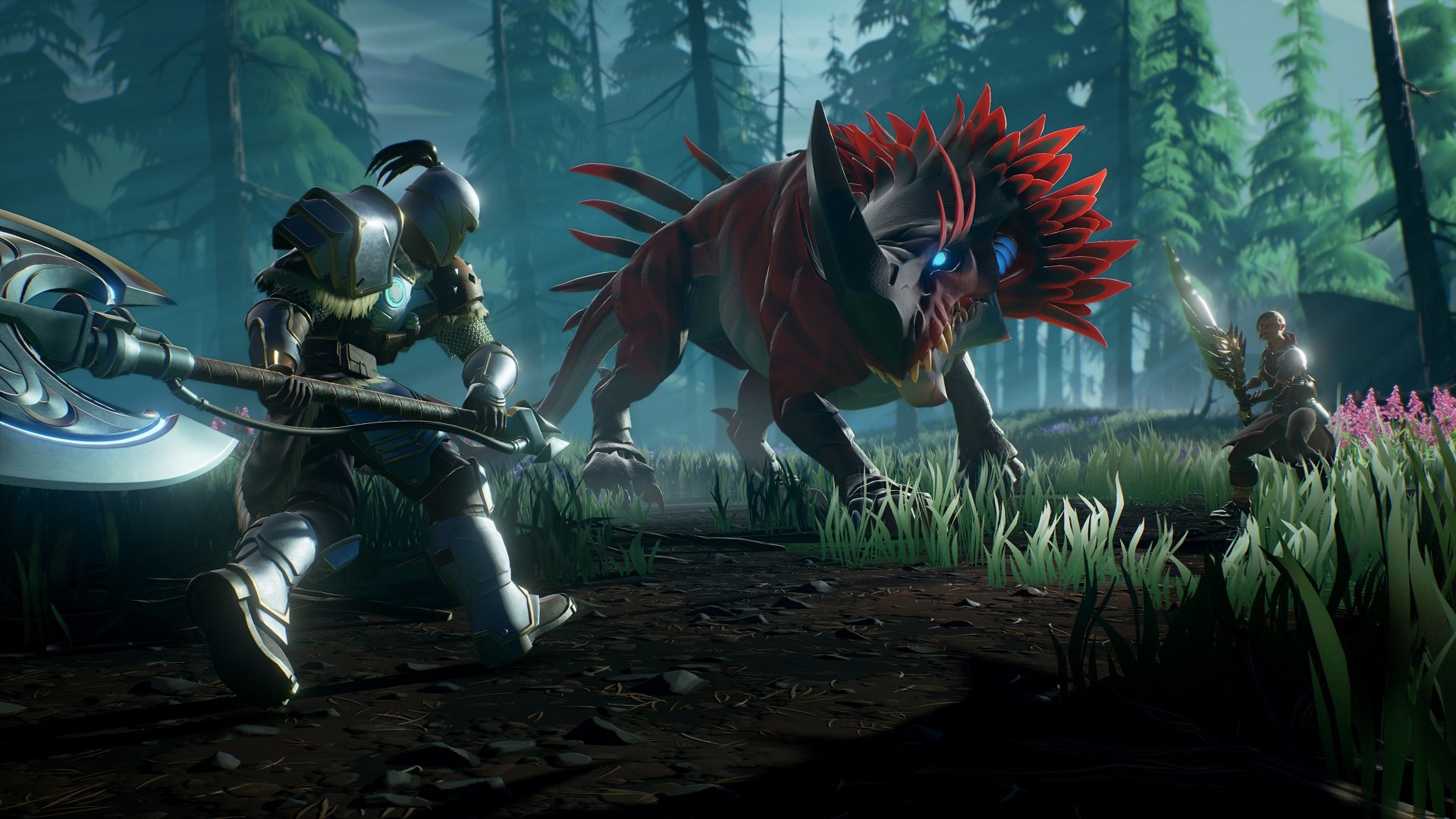 Phoenix Labs, the Canadian developer behind free-to-play action RPG Dauntless, has been acquired by Garena, the digital entertainment arm of Sea Limited. Sea, based out of Singapore, is a consumer internet conglomerate that services much of Southeast Asia and Taiwan. Garena, which operates all of Sea’s gaming-focused enterprises, is best known for publishing a handful of prominent mobile titles, including Garena Free Fire and Arena of Valor.

“Our partners at Garena have been our most steadfast supporters since the early days of Phoenix Labs, and we are excited to join forces with a global games leader,” Phoenix Labs CEO Jesse Houston said in a statement. “With this next step, we’re able to ensure that we can provide the best possible experience for Dauntless players around the world. We’re extremely excited about what the future holds for Phoenix Labs, as we continue to support our ever-growing Dauntless community and explore future games.”

The pairing may seem like a mismatch on the surface when you consider Garena’s penchant for the mobile platform--after all, Dauntless is a console and PC-focused multiplayer experience. However, in the past Houston has expressed great interest in making Dauntless a seamlessly cross-platform game that is available on all devices and consoles.

“The vision for us has been for the last year this idea of what we call ‘One Dauntless,’" Houston told GameDaily back in March. “So wherever you are, whoever you want to play with on whatever device you want to play on, you should have that same experience. Let's say you've got your laptop and I've only got my phone. For us to be able to hop into a game and have the same game experience that feels really natural, I think is going to be a really powerful moment for players.”

With Garena’s expertise focused squarely on the mobile arena, Houston’s ambitious “One Dauntless” certainly seems more plausible, and he said as much in an interview with GamesIndustry.biz.

"We've got a pretty good background in PC and console development," Houston told GI.biz. "But the next frontier for us is mobile, and then there are a number of emerging markets we want to attack. So we were trying to decide if we wanted to develop these competencies internally or work with external groups."

If Phoenix Labs indeed wants to crack the mobile nut, then Garena is definitely the right choice. Free Fire has generated over $1 billion in revenue since launching in 2018, and Arena of Valor--known as Honor of Kings in non-western markets--has become the most popular MOBA on the mobile platform. While the game is developed by Chinese tech giant Tencent and TiMi Studios, it is published in Indonesia by Garena.

According to mobile analytics group Sensor Tower, Phoenix Labs has a mobile version of Dauntless set for launch sometime this year, which no doubt played a role in the business deal.

“Dauntless is a good fit for Garena's portfolio of online multiplayer games,” Sensor Tower’s Katie Williams told GameDaily. “It's a popular genre in Asia, where games like Monster Hunter are huge, so Garena could be looking to strengthen their own portfolio with a title that will appeal to their Asian audiences. And since Dauntless already has a solid player base, Garena won't need to invest resources into building it up.”

For Houston, while the acquisition represents an opportunity to tap into the booming mobile market, it also means Phoenix Labs will have access to Sea’s sizable finances, which will allow them to grow the team and further polish the Dauntless experience.

"Garena and Sea's support will enable us to continue crafting Dauntless into one of the best free-to-play games on the market,” Houston told GameDaily. “The acquisition also allows us to tap into their world-class expertise in new markets and platforms, like Southeast Asia, South America, and mobile. Dauntless will remain free-to-play and cross-platform. The Phoenix Labs team is currently focused on growing the team--this means more content, more features, and more Dauntless for players worldwide."

Keeping Dauntless free-to-play is smart, considering that the sector is experiencing a significant boom. Earlier this month, analyst group SuperData reported that the mobile free-to-play market generated over $64 billion in 2019, and anticipates that number to reach $67 billion this year.

For Daniel Ahmad, senior analyst at Niko Partners, which specializes in the Asian games market, there are two big benefits Garena stands to gain from the acquisition.

Ahmad believes that the Dauntless property has strong potential in the mobile-first market of Asia, where complex games with co-operative and social elements thrive. Like Williams, Ahmad said that there is a unique opportunity for a full Monster Hunter-like experience on mobile, which Phoenix Labs and Garena are now primed to deliver.

Beyond Garena’s sizable mobile chops, another consideration that likely factored into the sale is the fact that Garena was one of the original investors that helped establish Phoenix Labs in the first place. This existing rapport appears to have fostered positive relations between the two companies, making the acquisition a logical next step.

Whatever the specifics of the deal, Phoenix Labs is now free to pursue whatever goals it has set for Dauntless. With financial stability comes peace of mind, which will hopefully allow the team to pursue their creative goals without worry.