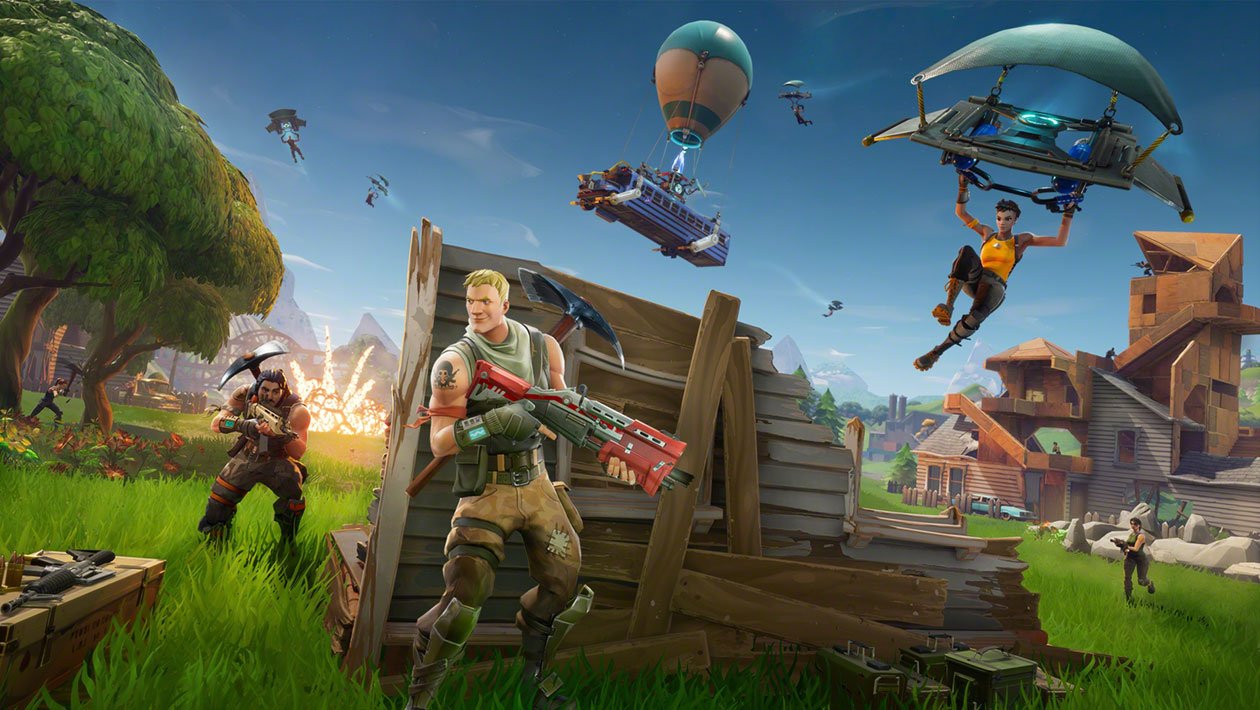 High school esports programs across the state of Kentucky have been banned from featuring Fortnite, according to a story from the Lexington Herald-Leader, and reported by The Washington Post’s Launcher. The decision, handed down by the Kentucky High School Athletic Association (KHSAA), cites depictions of gun violence as the primary reason for the ban.

PlayVS, a software developer that specializes in creating esports-like competitions for various games, often works with the National Federation of State High School Associations (NFHS) to bring such competition to high schools. In an email obtained by Launcher, KHSAA commissioner Julian Trackett expressed his distaste for Fortnite.

“There is no place for shooter games in our schools,” Trackett wrote. “Neither the KHSAA, NFHS nor the NFHS Network had any knowledge of this addition and is strongly against it. This announcement was particularly troubling in that it came on the anniversary of one of Kentucky’s darkest days, the Marshall County incident.”

The KHSAA’s decision to ban Fortnite on the grounds of gun violence came on Wednesday, just two days before a pro-gun rally took place at the Kentucky State Capitol building in Frankfort, and two years after a mass shooting at Marshall County Highschool in Draffenville, which claimed the lives of two, and injured 18 others.

The debate surrounding video games and their correlation to real-world violence has reignited in recent years; last year, the Trump Administration looked to scapegoat the medium, placing blame on it for mass shootings. The majority of experts, however, say that there is no notable correlation between gun violence and video games. Despite such reports, the KHSAA’s decision seems to have been grounded in this concern.

Also noteworthy is that Fortnite is fairly innocuous as far as video game violence goes: there isn’t much in the way of blood and gore, and the game sports a cartoonish art style. Other games approved for high school esports by the KHSAA include League of Legends, SMITE, and Rocket League, which, arguably, have similar aesthetics.

For Will Powers, communications director at The Story Mob, an esports communications agency that works with various brands within the industry, Fortnite’s art style may or may not matter in cases like this.

“This answer is much more complicated than it needs to be, because violence really only inhibits advertising and sponsorship dollars--certain advertisers only spend dollars on games that aren't ESRB-rated M, or ones that don't have blood, etc,” Powers told GameDaily. “That leaves us in this awkward situation where we're trying to quantify how much violence is an acceptable amount of violence in a video game, despite all of the science pointing definitely that there's no correlation between what games you play and how you act in the real world.”

Therefore, according to Powers, Kentucky’s approach to esports is much more regressive when you look at how this new entertainment has been universally accepted nationwide. As esports has skyrocketed in popularity, states across the country have adopted official programs and scholarships at the high school and collegiate levels. By restricting funding to such a program, as well as gatekeeping one of the most popular games in the world, the KHSAA is taking a firm stance against the trend.

To a point, Powers said, this controversy is a byproduct of the wild fame achieved by Epic and Fortnite over the last two and a half years, which is at odds with the traditionalist viewpoints of the older generation of citizens.

“It boils down to Fortnite being a victim of their own success in this situation,” he explained. “People in older generations that haven't taken the time to understand esports are threatened by its disruption of what they view as an established norm. Think about it--if you're going to walk up to a person on the street, and ask them to name one video game that they know or that someone they know plays, chances are they're going to name Fortnite. Kudos to Epic Games for this, but now they have to deal with the repercussions of being the leader of this pack, meaning they're going to be the target of most of the criticism, warranted or not.”

The greater debate surrounding video games and violence has been circulating for decades now, and Powers has had about enough of it.

“We're rehashing the same debate because the people that are putting it forth are living in a world that's resistant to truth and facts,” Powers said. “When all the studies show that there is zero link between video games and violent behavior, then you believe the science. Really the biggest takeaway for me is that this isn't a battle that Epic should be fighting. We have a lobbying entity for the video game industry, The ESA, and this falls 100% within the purview. If ESA would stop trying to focus on making E3 a competitive conference with PAX and other public shows, and instead concentrate on their actual chartered mandate, then our whole conversation would be moot, and ESA would be addressing this directly with the lawmakers.”

It’s this perceived resistance to progress that keeps esports from achieving the level of respect that it is due, Powers said. Lawmakers and government agencies are refusing to give esports a fair shot, and declining to study up on what constitutes a prime esports title. Relegating such games to genres only--”shooters” in this case--is a disservice to the skill and tactics necessary to be competitive in an esports setting.

“Genre of product shouldn't even be a factor in the definition of what classifies as an esport and what should be supported,” Powers said. “This would be the same as saying, ‘we only support golf, baseball, and basketball, because our classical definition of a sport is that balls must be spherical.’ Football would no longer be supported. This is asinine, but exactly what's happening here. If the Olympics are having the discussion to incorporate esports, then the great State of Kentucky shouldn't be so myopic in their views.”

It’s hard not to see the truth in Powers’ impassioned reaction. While the rest of the country embraces esports, which is expected to be a $9.5 billion industry by 2023, Kentucky’s position seems to be in direct opposition. Not only is this an outdated viewpoint, but it also is financially questionable considering all the branding and advertising revenue that comes along with esports. The KHSAA’s decision is based on an antiquated notion, and is an odd attitude to take in 2020.