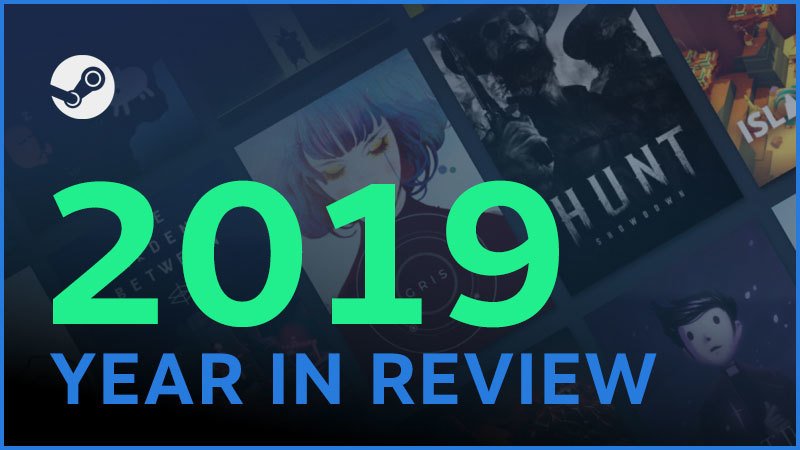 In a new report examining trends on the Steam marketplace throughout 2019, Valve claims that last year saw almost 95 million monthly active users, and median earnings among all new releases rose compared to 2018. The announcement comes via a year-in-review blog post, and addresses a number of facets concerning the digital marketplace landscape.

“When compared to 2018, more new releases found success on Steam in 2019, and median earnings among all new releases also rose,” the post reads. “We can also share that the number of monthly active users on Steam increased to nearly 95 million, revenue from games made by our partners was up year over year, and 2019 finished strong with our most successful sale ever.”

Historically, Steam doesn’t reveal exact numbers in reports such as this, but the claims are impressive nonetheless. Competition in the digital marketplace sector has been heating up over the last couple years thanks to the disruptive nature of the Epic Games Store, which has been characterized by exclusivity deals and a more favorable revenue split. Also heavy on the minds of developers is the issue of discoverability, something that continues to plague indie devs in particular.

Discoverability is something that Steam went out of its way to address in 2019 by establishing initiatives aimed squarely at getting eyes on smaller titles. For Mike Rose, founder and director of UK-based indie publisher No More Robots, Steam’s recent efforts are very welcome even if the results have been a bit scattered.

“In all honesty, I've been a pretty big fan of everything that Steam has been doing with their store over the last 12 months,” Rose told GameDaily. “The discoverability stuff has been a mixed bag, but the fact of the matter is that quite frankly, they don't technically need to have bothered doing any of it--they could have just done nothing. But instead they have been attempting to tackle the issues that devs are bringing to them, and a lot of what they have been doing seems to be having at least a little impact.”

Late last year, No More Robots announced Yes, Your Grace, a “kingdom simulator” from developer Brave at Night that is scheduled for release in early 2020. Rose--who released a report in September estimating that indie sales on Steam fell by 70% last year--said that Yes, Your Grace has seen about five times more wishlists than the publisher’s previous games thanks to the implementation of new discoverability tools.

“It's arguable that a lot of those came from us just understanding Steam better, having a title that people are gelling with, etc. But I definitely feel like the Steam store itself has helped in getting more eyeballs on the game,” Rose explained.

In July, Steam launched Steam Labs, an initiative established for that very purpose. According to the year in review post, Steam Labs has been a great success.

“In the brief span that Steam Labs has been around, it has served 2.7 billion impressions, 57 million views, and has facilitated 6.1 million wishlist additions to over 29 thousand games,” the report reads.

As impressive as those numbers are, Rose said that it’s not always obvious how indies might best leverage such tools. The potential of products like Steam Labs is lost when Valve fails to clarify what is actually available to developers.

“I think what Valve perhaps needs to do this year is even more fully explain all the potential features that developers can use,” Rose said. “There are so many useful tools in the Steam back-end now, but I talk to developers frequently who have no idea that they exist, and don't know how to use them--and then blame Steam when their game doesn't sell. Of course, not every game is going to sell, so these tools aren't going to be the saving grace for every developer, but it can't hurt at least trying them out.”

Considering the opaque nature of most of Steam’s data, many analysts are forced to estimate how well specific titles are performing on the marketplace. To that end, Steam has promised to issue a series of “deep dives” that examine the issue.

“We've seen a lot of analysis from third parties that have taken a stab at figuring out how games are doing on Steam (and overall health of the platform), based on the limited amount of data that is publicly available. Since we have access to more data, we thought it would be useful to do our own analysis and share the results as a multi-part series of blog posts,” the post reads.

So far, reaction to Steam’s increased focus on discoverability appears to be mixed, but, like Rose said, it’s better than nothing. The disruptive nature of the Epic Games Store may have played a role in inspiring Valve to such action, which should benefit the industry as a whole. Hopefully, 2020 will see more success for indies across all digital marketplaces.