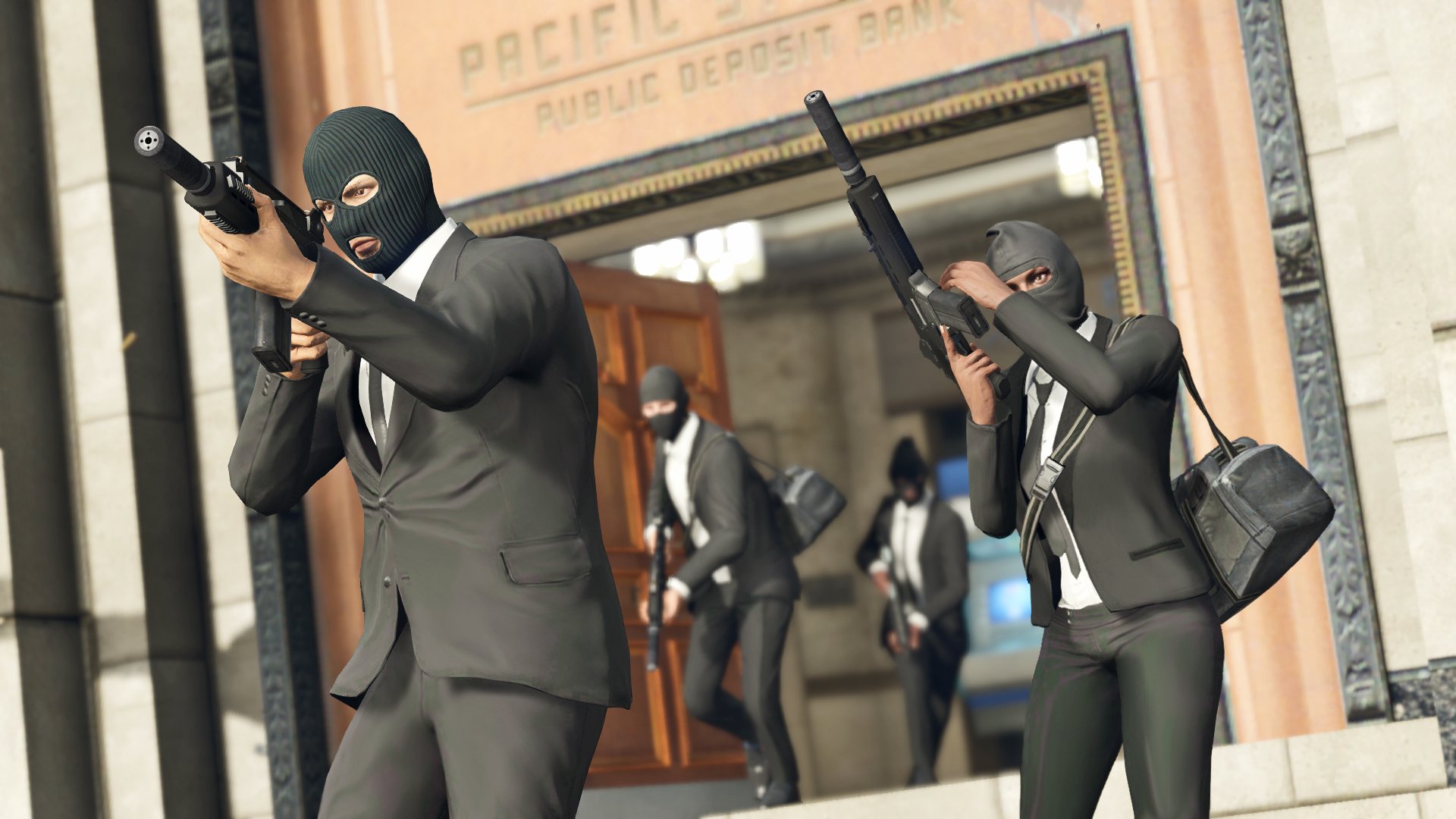 Yesterday, Take-Two Interactive held its earnings call for Q3 of fiscal 2020, ended December 31, 2019, and the results show a drop in net revenue when compared to the same quarter in the previous year. The Grand Theft Auto and Red Dead Redemption publisher hit $888 million in net bookings during the three-month period, quite a bit lower than the $1.6 billion from Q3 2019. In total, net revenue reached $930 million for the quarter, down $300 million year-over-year.

It’s no surprise that GTA Online continues to be a cash cow for Rockstar and Take-Two; GTA V has been among the top earners in every NPD sales report since the game launched in 2013. In the earnings call, Zelnick reported that GTA V has crossed yet another milestone and surpassed 120 million units in its lifetime. It’s just the third game ever to sell more than 100 million units, the other two being Minecraft and Tetris.

The earnings report comes just on the heels of the bombshell announcement that Dan Houser, co-founder of Rockstar and lead writer on the Grand Theft Auto and Red Dead Redemption franchises, is leaving the company next month. In the earnings call, Todd Juenger, vice president of investment firm Sanford Bernstein, asked Zelnick about this development, who responded with a bit of a non-starter.

“So Dan Houser had been on an extended leave since early spring 2019,” he explained. “The company has been led since its founding by Sam Houser who is president of the company, and it’s an extraordinary team effort, and Sam is a great player and coach… At the same time, we are grateful to Dan for his contributions and we wish him well.”

With no reason given for Houser’s departure, many investors are understandably concerned about the future of his brother Sam’s career at Rockstar, especially after the slide Take-Two’s stock prices have seen in the two days since the news broke. In a phone interview, business writer Tae Kim asked Zelnick for comment.

“I can definitively say that Sam will stay with Rockstar going forward,” he told Barron’s. “Sam and I are tied to the hip.”

Regarding the overall drop in bookings Take-Two saw last quarter, analyst group Wedbush Securities attributes it to having to go up against the release of Red Dead Redemption 2--which has now sold more than 29 million units--in the previous year. Looking forward is a bit tougher, though, considering Rockstar’s historical secrecy.

“Because the forward path is so opaque, it is difficult to value Take-Two shares,” Wedbush analyst Michael Pachter said in a statement. “Since we are confident that there are a number of games in the company’s development pipeline, we think there is great potential for the company to wildly exceed our admittedly conservative estimates.”

Outside of Rockstar Games, a number of other properties contributed greatly to Take-Two’s earnings for the quarter. Most notably, The Outer Worlds by developer Obsidian Games has performed well above expectations.

“The Outer Worlds has significantly exceeded our expectations and has sold in more than 2 million units to date,” Zelnick said on the call. “Critical response for the game has been outstanding, and The Outer Worlds has won more than 75 awards. We are confident that The Outer Worlds will continue to expand its audience, including through its release on the Nintendo Switch, which is now planned for fiscal 2021.”

Following its release last October, The Outer Worlds has made regular appearances on NPD’s monthly reports, pointing to a bright future for the property.

Borderlands 3 by Gearbox Software is another heavy hitter in the Take-Two portfolio, and one that has also appeared on many NPD reports. Zelnick expressed optimism with how the game will perform going forward.

“The latest installment in our genre defining shooter-looter series continues to expand its audience since its record-breaking launch in September, with more than 50% user growth in comparison to Borderlands 2 at the same time in its lifecycle,” he explained. “2K and Gearbox are supporting the game with free content as well as four downloadable campaign expansions, which are included with the Borderlands 3 Super Deluxe Edition.”

Worth noting is that around 75% of Take-Two’s revenue for the quarter came from digital sales via NBA 2K20, GTA Online, Red Dead Online, The Outer Worlds, and a handful of others. This is in line with a greater industry trend that is seeing an increased focus on digital distribution. These numbers are likely to continue trending upward as we head toward a new console generation that is expected to further lean into digital sales and cloud-based gaming.

Recurrent player spending is also an important part of most triple-A publishers’ plans in this age of live-service games. 37% of Take-Two’s revenue came from continued spending in GTA Online, NBA 2K20, and other ongoing titles.

Looking forward, Take-Two’s financial outlook for the remainder of fiscal year 2020 paints an unremarkable picture for the final quarter. The report outlines an expected net revenue of between $635 million to $685 million, bringing total revenue for FY 2020 to somewhere around $3 billion.

All told, while Take-Two saw a bit of a drop in revenue for the quarter, the numbers are nothing to slouch at. The label’s portfolio is among the strongest in the industry, and it’s likely to ride it to great success through the upcoming console transition.