BioWare will 'reinvent' Anthem, admits it didn't have time to properly test and iterate 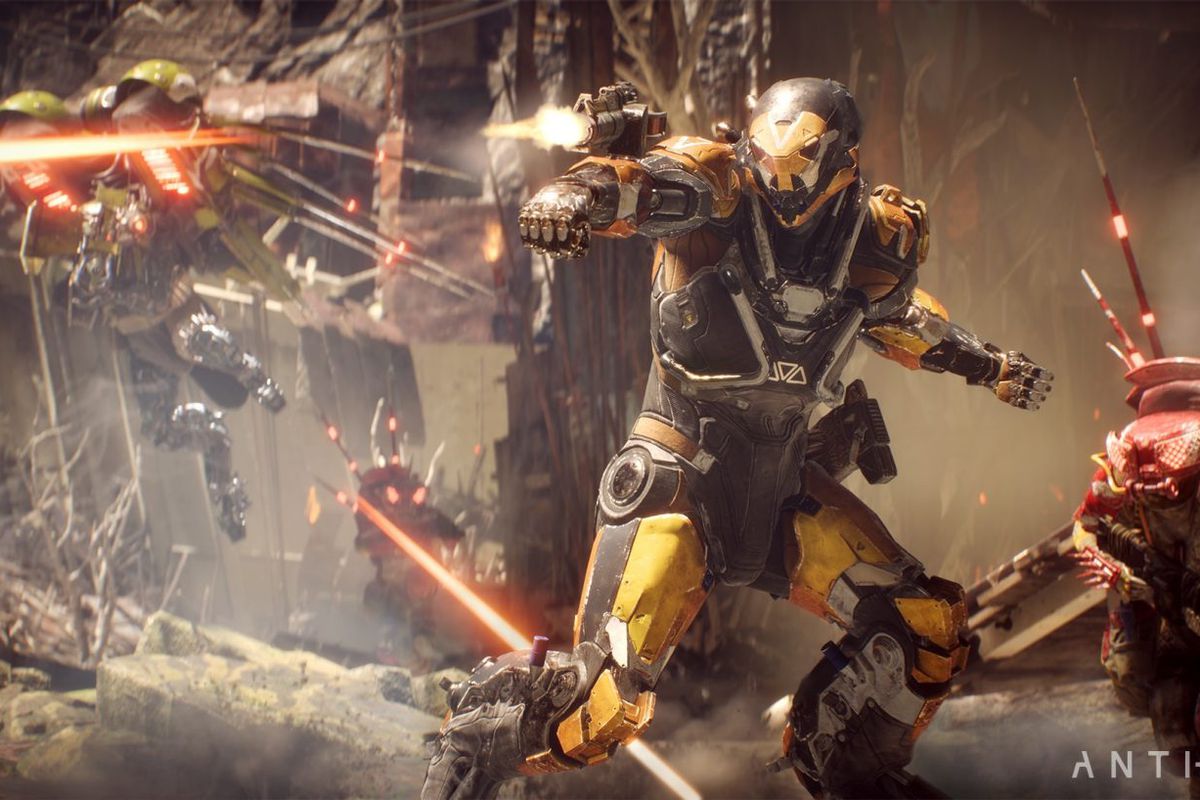 BioWare general manager Casey Hudson has revealed on the studio’s blog today that the developer will be suspending Anthem seasonal content as it shifts focus to a complete overhaul of the game. It’s a move that’s not altogether surprising given that BioWare had previously announced in September 2019 that it would halt DLC work to address “core issues” and that Kotaku had reported an imminent overhaul in November.

The optics have certainly not been good for BioWare, as last August lead Anthem producer Ben Iriving left the company, and that departure was followed in November by head of live services Chad Robertson (who noted the aforementioned “core issues” work). The feeling was that the developer, and particularly the Anthem team, was facing a crisis. It’s clear from Hudson’s post today, however, that BioWare has no intention of giving up on the ill-received looter shooter.

“I am so proud of the work the team has put into this game, and at the same time there’s so much more that we – and you – would have wanted from it,” Hudson wrote. “Over the last year, the team has worked hard to improve stability, performance and general quality of life while delivering three seasons of new content and features. We have also heard your feedback that Anthem needs a more satisfying loot experience, better long-term progression and a more fulfilling end game. So we recognize that there’s still more fundamental work to be done to bring out the full potential of the experience, and it will require a more substantial reinvention than an update or expansion.”

Interestingly, Hudson did not hide the fact that BioWare may have rushed Anthem to market. He fully acknowledged that the team did not take the time it needed prior to launch. During development, Anthem had been behind schedule, and the game ultimately missed its holiday 2018 window and launched on February 22, 2019 instead, meaning it made it out just a little over one month before the end of Electronic Arts’ fiscal year on March 31. Whether or not EA forced the issue because of their bottom line isn’t crystal clear. A spokesperson for EA, when asked for comment, told GameDaily that EA had nothing to add beyond what Hudson wrote.

“Over the coming months we will be focusing on a longer-term redesign of the experience, specifically working to reinvent the core gameplay loop with clear goals, motivating challenges and progression with meaningful rewards – while preserving the fun of flying and fighting in a vast science-fantasy setting. And to do that properly we’ll be doing something we’d like to have done more of the first time around – giving a focused team the time to test and iterate, focusing on gameplay first,” Hudson said (emphasis ours).

The current version of Anthem will remain live and BioWare has promised to “keep the game going with events, store refreshes, and revisiting past seasonal and cataclysm content – starting with our anniversary towards the end of the month.” Clearly, though, much of the team will be heads down working on what will become Anthem 2.0.

Despite the rocky launch, EA has voiced its support for Anthem and BioWare as a whole through this entire journey. EA CEO Andrew Wilson made it clear to GameDaily in an exclusive E3 2019 interview that EA would not be abandoning Anthem any time soon.

In fact, Wilson added that EA fully believes Anthem can be a product that engages fans for many, many years: “IP lives for generations, and runs in these seven- to ten-year cycles. So, if I think about Anthem on a seven- to ten-year cycle, it may not have had the start that many of us wanted, including our players. I feel like that team is really going to get there with something special and something great, because they've demonstrated that they can.”

At a certain point, you have to wonder when enough is enough, but the fact of the matter is that Anthem interest has been strong enough to warrant continued investment. Hudson’s blog post alone generated enough traffic to crash the BioWare blog for about an hour. And Anthem came out of the gate strong at launch and went on to be a top performer in all of 2019.

“They clearly believe in the IP and feel that they can salvage the game,” Wedbush Securities analyst Michael Pachter noted to GameDaily. “They must have enough of a player base so that salvaging the game makes sense to them.”

According to The NPD Group, Anthem ended up finishing as the No.15 best-selling game of the year in the U.S. during 2019. NPD analyst Mat Piscatella is cautiously optimistic about a turnaround.

“[Anthem] was top 10 for most of the year. At its launch in February, Anthem achieved the 2nd highest launch month sales of any title in BioWare history, trailing only Mass Effect 3,” he reminded us. “And this is despite the rankings not including sales via Origin or users via Origin Premier. By all accounts Anthem achieved sales success. Lots of folks own or have access to Anthem.

“...however, Metacritic reports scores of between 54-65, depending on platform. When plotting sales against the Metacritic scores, sales of Anthem have significantly overperformed. The data suggest, at least to me, that players really wanted (and perhaps still want, given how the update blog post temporarily crashed the site) to enjoy Anthem and be part of that world.

“So the potential for a rebooted Anthem remains very strong. Tom Clancy's Rainbow Six Siege, No Man's Sky and other games have proven that the success story of a game is never truly over until the publisher or developer decides it is. I will remain cautiously optimistic that Anthem will become the quality experience that people who bought the game wanted it to be. What is still unclear at this point is how Anthem will get there, and when.”

Hudson gave no timetable for when the Anthem overhaul will be completed. And there’s no telling how patient fans will be given the cornucopia of games on the market to draw their attention. But as Piscatella and games business writer Mike Futter have alluded to, it’s not an impossible task for a truly dedicated development team. Diablo III, Final Fantasy XIV: A Realm Reborn, and EA’s own Star Wars: Battlefront II all bounced back significantly after stumbling at first.

Mike Williams, reviews editor for USgamer, scored Anthem a 2.5 out of 5, but he’s holding out hope that BioWare will finally set things right.

“The launch of Anthem stood as a testament to the ongoing fall of BioWare. The core of the game, the excellent flying and shooting mechanics, are great, but BioWare was unable to build any compelling stories and missions around them. Given that BioWare itself is all about memorable characters and adventures, that was the worst scar left by Anthem. I'm looking forward to seeing Anthem redone, perhaps with a little more actual ‘BioWare’ in the mix,” he remarked to GameDaily.

Some in the development community are praising BioWare and EA for this decision as well. Scott Hartsman, previously the CEO of Trion Worlds, and a veteran of the business who understands the challenging nature of online, live service games, commented on Twitter, “Fantastic news and smart of EA. Massive online games take so much more to get to this point than most will ever know. The number of real second chances a team gets is almost nonexistent in this business. I hope they get everything they need to hit it out of the park.”

He added, referring to A Realm Reborn, “I'd be really interested in hearing the internal calculus that went into keeping the game running while doing this vs doing the FF14 shut it down and fully focus on the new game. Keeping a game running is no small amount of effort, even without massive content updates coming. Shutting down would definitely be [a] bigger risk, but more effort could go into 2.0, and it'd stop new people from becoming invested in something that's going away.”

Continued work on Anthem aside, BioWare has an uphill battle ahead. The recent EA earnings call made no mention whatsoever of a new Mass Effect or Dragon Age 4, likely indicating that those titles won’t make it out next fiscal year. Fans still have a deep passion for BioWare’s IP. Perhaps the studio and EA have learned their lesson from the Anthem debacle; taking time to polish a game and refine its gameplay is always in everyone’s best interests.