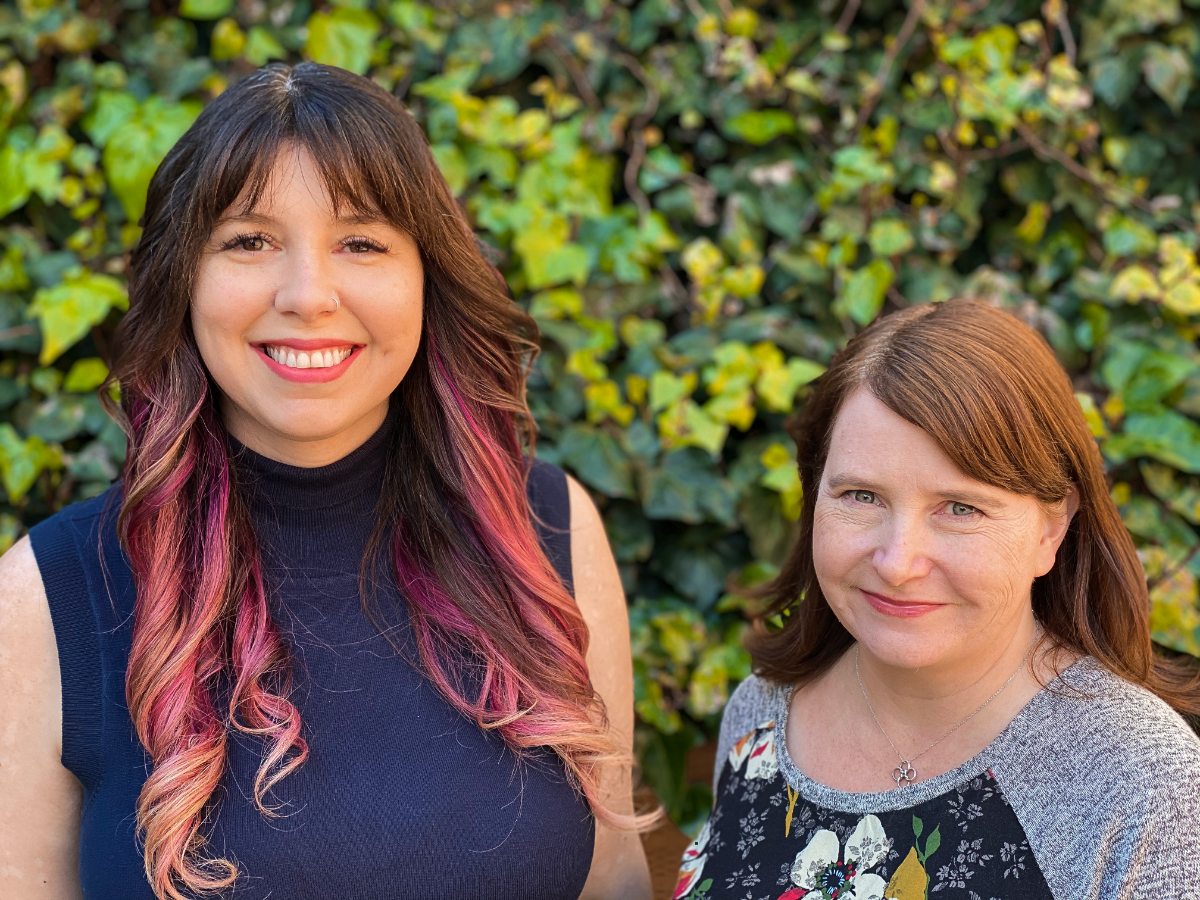 Last year, after 13 years at the helm of Kongregate Games, Emily Greer decided to step down to pursue a new venture. After helping grow Kongregate’s gaming library to more than 110,000 titles, and spearheading the launch of indie-focused digital storefront, Kartridge, Greer is now putting her energy into a startup she’s co-founded with former WB Games Director of Product and DeNA Executive Producer Shelby Moledina.

Double Loop Games today announced that it’s raised $2.5 million to help fund mobile titles for what Greer and Moledina see as the biggest audience on mobile: players who don’t identify as gamers. Greer said that around 70% of the 2.5 billion global mobile game players actually engage with games daily but wouldn’t consider themselves “gamers.”

“Double Loop’s games will be designed to hit the mass market of players who crave the emotional and social benefits of playing games, on the most accessible platform,” the company said in a press release.

For Greer, there’s a strong psychological component in this, as it’s critical to understand why people are actually playing certain games.

“A lot of it is about understanding why they’re playing, and where they’re coming from. I play games the most when I’m most stressed, so we think relaxing, low conflict gameplay and peaceful environments are very important,” she told GameDaily. “We’re interested in making social connections feel both more meaningful and more safe. And [we have] a real focus on unfolding gameplay complexity gradually and intuitively. When someone who thinks of themselves as a gamer gets confused, they’ll go look at a wiki, or the forums, or ask a friend what they need to do. Someone who doesn’t identify as a gamer is more likely to think, ‘Oh, I’m not good enough for this game’ and leave.”

While Kongregate hosted thousands of games from other developers, Double Loop will be creating and publishing its own games. That said, Greer believes her experiences with Kongregate over the years will be invaluable as Double Loop looks to capture a more casual market.

“We published close to 60 games on mobile while I was at Kongregate across a pretty wide range of genres, not all for a ‘gamer’ audience, so there’s a lot to draw on,” she said. “In particular, I learned a lot in the process of taking collectible card game mechanics that were assumed to be ‘core’ and making a very broadly accessible and successful game, Animation Throwdown.”

One particular aspect of Greer’s past with Kongregate that should come in handy is navigating crowded storefronts. Digital discoverability continues to be the biggest challenge for developers today, but Greer believes she’s learned more than enough about marketing to help Double Loop’s games rise above the noise.

“This is where having been a publisher before starting a studio is a substantial advantage, you have a real understanding of what it takes to launch a game into this market,” she said. “It’s not easy, but we’re seeing breakout new hits every year. We had more than 200 million installs on our mobile titles while I was at Kongregate, and I did marketing and user acquisition in the catalog/e-commerce world before getting into games. So we have a lot of confidence that if we make a great title we can grow it.”

As you might expect, Double Loop is targeting the free-to-play market primarily but will have “a balanced mix of ads, IAP, and subscriptions so we can focus on long-term retention over aggressive short-term monetization,” Greer explained. She also isn’t opposed to expanding to browsers and other platforms, but Double Loop is a mobile-first studio.

Sticking to mobile development does bring some advantages as well. In the world of AA and AAA development project scope and team sizes can quickly become unmanageable if studio leaders pursue growth too aggressively. Mobile, by its nature, can succeed with bite-sized experience.

“One of the great things about mobile is that you don’t need a huge team to make a great game. We’re targeting 2021 for our first release and expecting to keep the team below 20,” Greer added.

When Double Loop does release its first game, it’ll be one of only a handful of studios founded and led by women. The industry remains a predominantly white male business, with only 24% of game developers identifying as female, according to the IGDA’s most recent developer survey. That said, Greer is encouraged by the progress that’s been made, and she believes it’s imperative that women do what they can to support each other.

“I can think of at least a dozen female-founded or co-founded studios from the last few years, some announced, some not. There are a lot of experienced women looking around and seeing that the best way for them to create the environment and game industry they want is by starting their own studio,” she said. “And we’re supporting and inspiring each other. I’ve been advising a variety of female founders for several years, and in turn I’ve received tremendous amounts of help and advice from other studio founders, both male and female, since starting Double Loop. It’ll take a while for this wave of female-led studios to reach full impact but as we launch our games and have hits, I think we’ll see an even larger change.”

The fact that a studio founded by two women has raised a few million dollars is already a step in the right direction. This round for Double Loop was led by LVP, which has a record of backing highly impactful companies in the games business, including Supercell, Unity, and others. The round also saw participation from 1Up Ventures, the fund of former Microsoft games executive Ed Fries.

This investment in Double Loop is the kind of thing that might not have occurred a decade ago. One of the key issues that many women in games (and technology in general) face on a regular basis is access to capital. Greer has been an active participant in discussions about women in games before, and it’s been noted that only about 3% of all VC money today goes to women. So what should women looking for funding do to secure VC money?

“First of all, believe you can,” Greer advised. “There’s a lot of interest in funding games again these days and a lot of new game-focused funds. LVP and 1Up who invested in us, but also Play Ventures, Makers Fund, Hiro Capital, and many more. There’s also a renewed interest in the game space from traditional VCs, there are funds like Wings that focus on underrepresented groups, and a lot of new platforms looking to fund exclusives.

“And while prejudice does exist, there is a lot more awareness of the funding gap and understanding of this as an opportunity. This is a far better atmosphere than when we raised for Kongregate back in 2006-2008 when I sometimes had trouble getting investors to look at me when I talked.”

Greer noted that to secure capital, startups absolutely must carefully consider their pitch.

“[You need to] have a very clear vision of what you want to do, and why you are uniquely qualified to do it,” she said. “Generic pitches go nowhere. And that includes what kind of funding would be appropriate. VCs are looking for massive hits, but platforms might be interested in experiences that are smaller but wonderful.”

She added, “Finally, ask everyone you know who has done it for advice, then ask them to introduce you to someone they think can give you more advice. Have those friends review your pitch and tear it to shreds until you’re ready. Don’t be shy about asking for help; almost all of us who have been through it did it with support and want to pay it forward.”

David Gardner, general partner at LVP, certainly recognized the potential of Double Loop. He’ll be joining the board as part of the deal. Gardner said he was impressed by the studio’s vision for mobile gaming.

“The first wave of generalist mobile games teams is over as the market has consolidated and increasingly become saturated – this has led to a higher benchmark for founders in terms of execution and knowledge. In Emily and Shelby, we found these deeper strategic insights coupled with the ability and drive to execute on them, making it an easy decision for us to back them. We love Double Loop’s mission: addressing the deep disconnect between the design of casual mobile games and the users themselves,” he remarked.

The mobile games business continues to grow by leaps and bounds. App Annie expects it to reach $100 billion in revenues this year. Double Loop doesn’t need to become the next King or Supercell -- it just needs to produce a few games that fit neatly into people’s lives.