Wizards of the Coast's new RPG studio Archetype is looking like BioWare 2.0 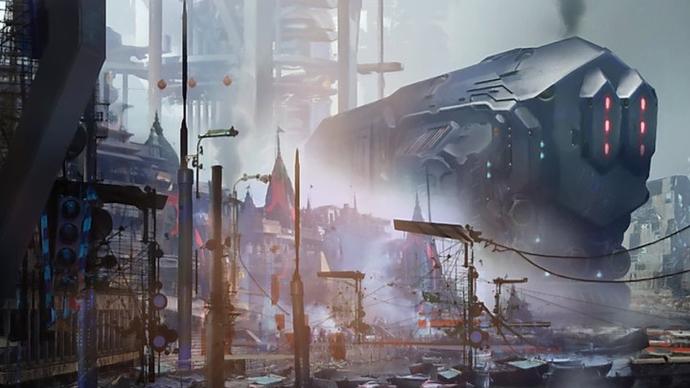 Wizards of the Coast, known for its games based on Magic: the Gathering and Dungeons & Dragons, announced a brand-new development studio a couple weeks ago. Austin, Texas-based Archetype Entertainment isn’t a support studio for Wizards’ portfolio, however. The new development house is led by former BioWare director James Ohlen and former BioWare head of live services Chad Robertson. They have the singular goal “to create the greatest story-driven role-playing games in the world.”

If that mission sounds like BioWare’s, it’s likely no coincidence. BioWare has gone through many changes underneath the EA umbrella, and its struggles with product launches like Anthem have been plain to see. Robertson witnessed BioWare’s problems first-hand before leaving last November, but joining with former BioWare lead James Ohlen, who’s worked on titles like Baldur's Gate, Dragon Age: Origins, Neverwinter Nights, and Star Wars: Knights of the Old Republic must feel like a chance to start over and rekindle some of that special RPG sauce many feel BioWare has been missing.

Just this week, former BioWare writer Drew Karpyshyn also joined Archetype as the studio’s lead writer, as the company continues “assembling a world-class team to build a multi-platform role-playing game set in a new science fiction universe.” Karpyshyn, notably, was the lead scribe on Mass Effect 1 and 2, and he’s also worked on Baldur's Gate, Knights of the Old Republic, and Dragon Age. Even before Archetype further grows its development team, this trio of BioWare alumni should serve as an incredible foundation.

On his blog, announcing his new role at Archetype, Karpyshyn remarked that Archetype definitely has that feel of BioWare’s glory days.

“I haven’t been this excited to work on a project in a long, long time!” he enthused.

“I’ve been in the video game industry for twenty years now. When I started at BioWare, everything was fresh and exciting. It was a dream job – talented people working together to create epic games like Baldur’s Gate, KOTOR, Mass Effect and Dragon Age. But as we grew and became more successful, things changed. We became more corporate,” Karpyshyn lamented.

“We were less able to make what we loved, and the teams were pushed to create games based on market research rather than our creative instincts and passions. My dream job became just a job, and I lost the enthusiasm and excitement I once had. But with Archetype, my passion has been rekindled. The feel in the studio reminds me of my early days at BioWare; I can feel the magic in the air.”

Karpyshyn admitted that Archetype has “big shoes to fill” if it’s going to live up to the legacy of BioWare’s greatest hits, but the opportunity to do something fresh was too good to pass up.

For Archetype and studio director Ohlen, starting something fresh (and likely on a smaller scale than BioWare’s teams) also should enable the developer to be a bit more nimble. Ohlen told GameInformer in 2018 after leaving BioWare that being game director on Star Wars: The Old Republic “often felt like I was the captain of the Titanic and I could just steer it a teeny tiny bit if I put all my efforts into it.”

He reflected on his 22-year tenure: “...sometimes you just need a change. Other times, people want to get more, get back to getting their hands dirty with creative, and it's really difficult to do that when you're on a big team of 1,000 people and you're supposed to be delivering hundreds of millions of dollars in revenue. There's a lot of responsibility there that kind of gets in the way of your ability to really get into the creative process.”

Later in that GameInformer interview, Ohlen acknowledged how much stress has impacted game studios at the AAA level. “There's just a lot of burnout there … that's why I'm not going to be rushing to get back in… So if you see me working on something, it'll be because I really want to work on it and no other reason.”

Passion is not missing at Archetype. Creating new IP is always a risky endeavor, but as the studio builds out its team and Ohlen communicates his creative vision, this should be a developer to keep an eye on.