Crossfire film adaptation in the works from Sony Pictures, Smilegate, and Tencent 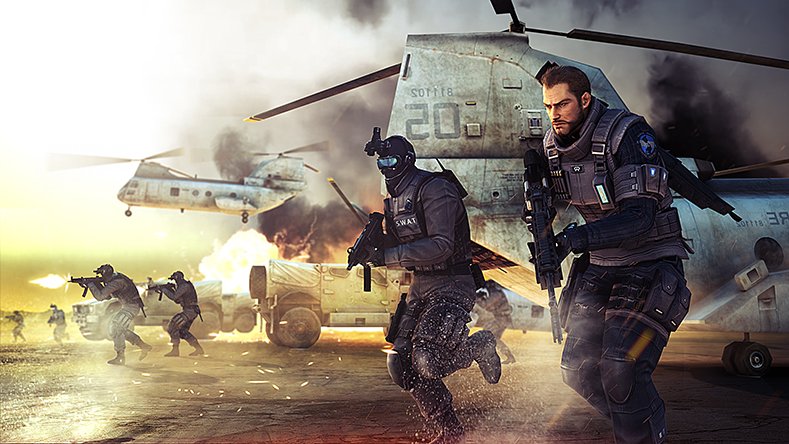 A Crossfire film adaptation is in the works from Sony Pictures, according to a report from Variety. Smilegate, the Korean studio behind the massively popular competitive multiplayer military shooter, will be partnering with Sony to bring the film to life. Also involved is Tencent, the Chinese tech giant that published the original game in China in 2007. Tencent will be co-financing and co-producing the movie.

Crossfire isn’t necessarily big in the west, but it’s immensely popular in Asia and boasts a reported one billion registered players. An HD remaster and a follow up are in the works, which are being developed jointly by Smilegate and Alan Wake and Control dev Remedy Entertainment. With Crossfire getting a film adaptation, and a sequel game in the works from developer that boasts one of 2019’s best games, western interest in the property has the potential to see a sharp rise.

Producing the film is Original Film, the label responsible for The Fast and the Furious franchise and I Am Legend. Original Film also produced the new Sonic the Hedgehog movie, which has been receiving mostly positive feedback in advance of its box office debut tomorrow.

Movies and television based on games have a checkered history, but the trend has been on the rise, and many producers are determined to get it right. For example, the team behind Apple TV’s Mythic Quest worked closely with Ubisoft’s film and television division to deliver an accurate portrayal of the development business, even if it is rooted in comedic sensibilities.

“We knew that if we were going to make a show about game development, we had to do it honestly,” Ubisoft Film and Television head Jason Altman told GameDaily last week. “We invited Rob McElhenney to our Montreal studio to get a first-hand experience. He spoke to people in different dev team roles, ranging from creative directors, art directors, monetization directors, community managers, HR, marketers, and more.”

In other video game movie news, a film based on the Uncharted property has been floundering in limbo for years now, having gone through six directors since 2007. Also, a movie based on Capcom’s Monster Hunter property is slated for release in September this year.

Elsewhere, Bad Robot, the production company from director J.J. Abrams, signed a deal in 2018 with Tencent to form Bad Robot Games. Last year, Bad Robot entered into a partnership with WarnerMedia that will help fund the development and publication of titles produced by Bad Robot Games.

The involvement of Tencent in the Crossfire film speaks to the varied business enterprises of the conglomerate, which already boasts a substantial presence in the video game market. The Tencent Pictures subsidiary was established in 2015, and has helped to distribute a number of blockbuster Hollywood titles in China, such as Warcraft, Kong: Skull Island, Wonder Woman, Venom, and Bumblebee. Considering this filmography, Crossfire is squarely in the company’s wheelhouse.

It’s somewhat ironic that the video game industry has yet to find its legs in the film world considering that it surpassed movies as the largest form of entertainment in the world. Efforts from gaming-centric companies like Ubisoft and Tencent illustrate a dedication to adapting the medium to other formats, though. Hopefully we start to see a rise in quality in the coming years.