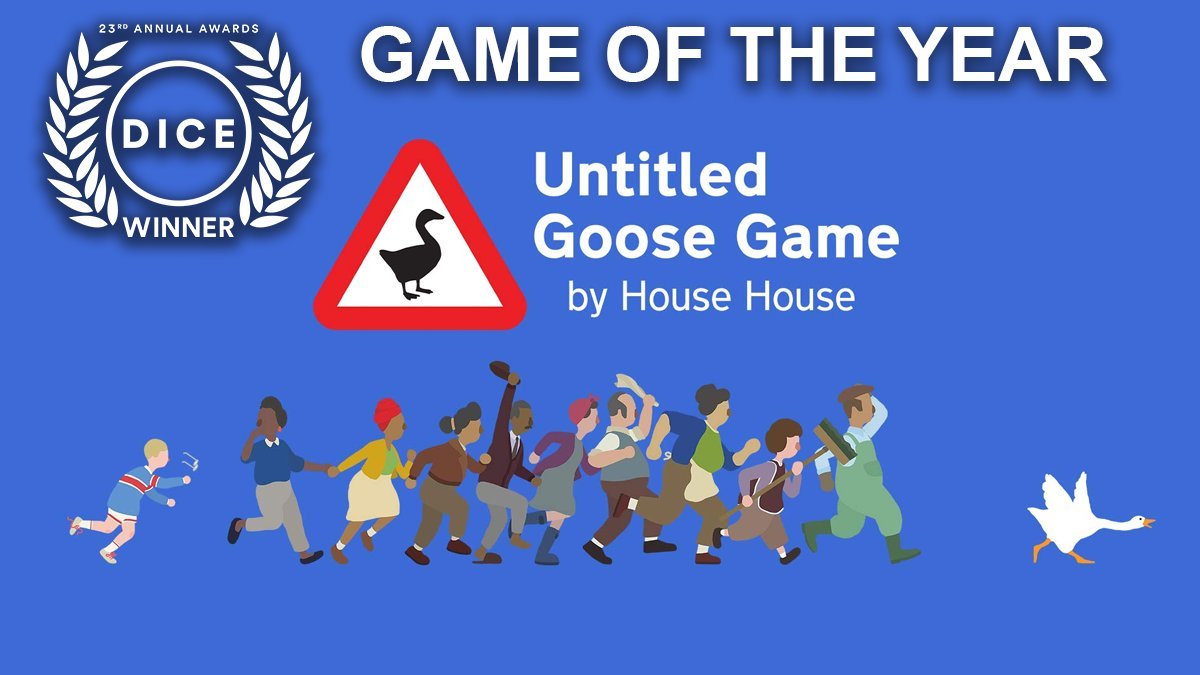 The 23rd DICE Summit concluded last night with the annual DICE Awards, and somewhat surprisingly, Australian indie studio House House won Game of the Year for Untitled Goose Game. It's an award that very often goes to big, AAA blockbusters, but this year the Academy's peer panels settled on one of the most charming and endearing games of the last year. The developer confirmed at the end of 2019 that its Goose Game had managed to sell 1 million copies so far.

“On a higher level, I think there might be a certain kind of hangover that we got with Quantum Break, which was more mainstream and a bit more in this world,” Kasurinen told us in 2018. “But we loved doing Alan Wake way back. And I guess there was this energy and desire to go strange again. Go between, you know. To do something that we feel is exciting and different and something that stands out from the rest. We wanted to double down on that and create these types of worlds again.”

Hideo Kojima's Death Stranding was the one other game to win multiple awards, earning both Outstanding Technical Achievement and Outstanding Achievement in Audio Design. Another special moment during the evening came when the Academy officially welcomed Connie Booth into its Hall of Fame. The vice president of Product Development at Sony Interactive Entertainment (SIE) has been a huge part of why the PlayStation brand has been so successful for the past 25 years. Booth, who became just the third woman in DICE history to enter the Hall of Fame, has helped produce blockbusters like Syphon Filter; SOCOM: U.S. Navy SEALs; Jak and Daxter; Sly Cooper; Ratchet & Clank; infamous; Resistance Fall of Man; Uncharted; The Last of Us; Days Gone, and Marvel’s Spider-Man.

Outstanding Achievement in Game Design
Baba Is You

Role-Playing Game of the Year
The Outer Worlds

Action Game of the Year
Control