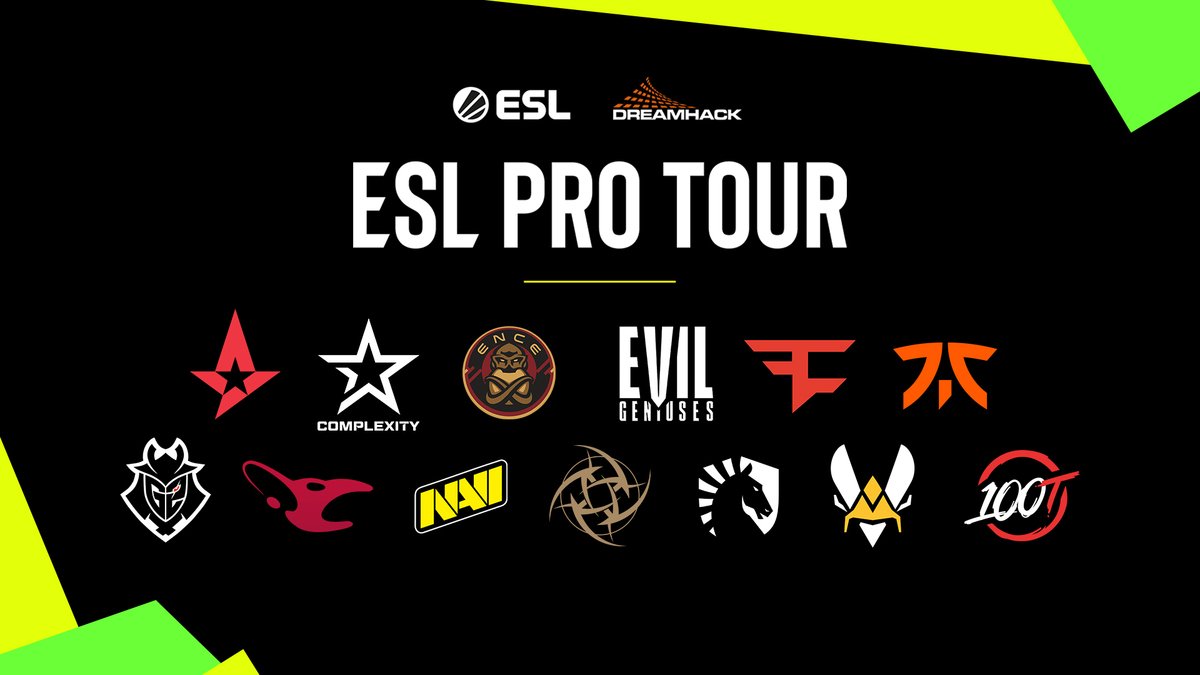 Perennial esports organizers ESL and DreamHack have entered into a new deal with a host of teams across its various leagues that will see shared revenue and a restructure of the Counter-Strike: Global Offensive circuit. The deal, dubbed the “Louvre Agreement,” will see 13 ESL Pro Tour teams take a share of league profits and give them a more prominent voice in the decision-making process.

“We are pleased to see this agreement which further establishes the ESL Pro Tour as the leading esports circuit format globally. This serves as yet another example of ESL’s and DreamHack’s shared ambition to build and commercially professionalize the global business of esports,” Jørgen Madsen Lindemann, CEO of ESL Modern Times Gaming, the parent company of ESL and Dreamhack, said in a statement.

The 13 teams that signed the agreement will become majority stakeholders in the ESL Pro League, which is the name for the CS:GO circuit. The involved parties are some of the biggest names in esports: Astralis, Complexity, ENCE, G2 Esports, Mousesports, Natus Vincere, Ninjas in Pyjamas, Team Liquid, Evil Geniuses, FaZe Clan, Fnatic, Team Vitality, and 100 Thieves. In addition, the ESL League will be restructured to include 24 teams total, and will establish a single global division that will replace the region-based system currently employed by the league.

“The new entity will utilize our combined strengths to pave the best path forward for everyone. We consider this a monumental agreement and an important step forward for all of esports,” Victor Goossens, founder of Team Liquid said in a statement.

On Twitter, Jérôme Sudries, manager of G2 Esports, expressed excitement toward the deal. “I'm thrilled to announce that we have entered into a major agreement with one of the pioneer of competitive esports, ESL,” he said. “The Louvre Agreement marks the beginning of a new era for the CS:GO ecosystem.”

The Louvre Agreement guarantees a long-term ESL Pro League slot to the signing teams, but not to the incoming 11 teams.

“The other remaining 11 slots will be open to teams qualifying on the basis of their world ranking or directly through the Mountain Dew League, the ESL Pro League’s gateway competition,” said Craig Levine, ESL’s chief strategy officer. “This creates the best of both worlds by allowing for stability as well as new and up-and-coming teams to qualify.”

Last month, ESL and DreamHack entered into an agreement with Activision Blizzard to create new pro tours for Starcraft II and Warcraft III: Reforged, with prize pools of $1.8 million and $200,000, respectively.

The Louvre Agreement is illustrative of the growing profits involved in the esports industry-- earlier this month, Google nabbed the exclusive streaming rights to the Overwatch League, marking one of the largest deals in esports history, worth a reported $160 million. The deal also paves way for the potential of democratization within the esports industry by giving participating teams a share in revenue and a say in decision-making. Moving forward, it should be interesting to see how esports evolves as a business and a spectator sport.