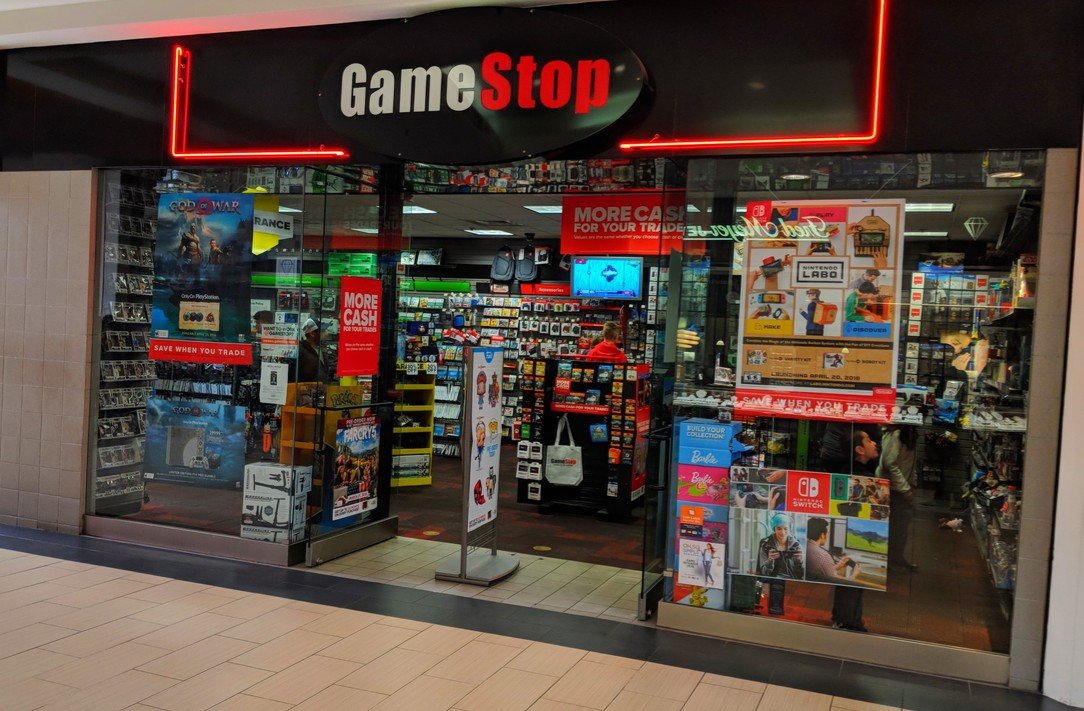 GameStop has been having a rough time, to put it mildly. The retailer watched its revenues plummet 27% over the recent holiday period (a time when game sales should be on the rise), and its stock has been mostly in a nosedive since 2013 when the current Xbox One and PlayStation 4 hit the market. It’s been hovering around $4 compared to about $50 in 2013.

The fact that we’re now seven years into this current console cycle clearly isn’t helping GameStop, nor is the continued transition to digital formats. According to The ESA, players in the U.S. are making their purchases digitally 83% of the time. In the U.K. last month, 57% of game sales came from downloads, according to GSD and ISFE.

These kinds of headwinds are impossible to ignore. The net result, as reported in a deep dive by Polygon, is that management has been putting extreme pressure on store managers and employees, and morale for many at the company has been abysmal.

“The company is frantic and distrustful,” one assistant manager told Polygon. “You can feel it in every message they send. The structure is falling apart and they’re scrambling.”

GameStop corporate had instructed store managers to push tech trades, primarily phones and tablets, while also stressing pre-orders on games. And if they failed to meet certain goals, they’d be written up. The problem with that -- besides aggressive salesmanship -- is that foot traffic is just not there to support business. It’s not a huge surprise that fewer people are in stores the year before a new set of consoles is expected, but the numbers are even worse than managers are used to at this point in the life cycle.

“We’ve seen a dramatic decrease in foot traffic since this time last year,” said an assistant manager. “On average, there would always be at least one person in the store looking around. Now I go up to three hours without any customer interactions.”

“My store is well known for solid sales performance. But customer traffic has dipped significantly in the past two years,” said another manager. “Aside from some expected high-traffic days like Thanksgiving, Black Friday, and major game release days, we’re missing our daily sales plans almost every single day.”

GameStop CEO George Sherman has continually blamed the company’s declining performance on the cyclical downturn, but even he acknowledged that “the accelerated decline in new hardware and software sales coming out of black Friday and throughout the month of December was well below our expectations,” after the bad holiday quarter.

Analysts haven’t given up hope that GameStop can turn it around, however. Wedbush Securities analyst Michael Pachter has been the most optimistic of the bunch. Pachter previously stated that a streamlined store footprint combined with a lucrative collectibles business and increased traffic from the upcoming next-gen console launches should be enough to right the ship, at least for a little while. Collectibles, in particular, like figures and Funko Pops reportedly see profit margins around 50% compared to 20% on games. Pachter believes the combination of the above factors should “position the company for profitability in future years.”

Polygon cited a former executive who left last year that seemed to indicate that the cyclical downturn idea has merely been an excuse. “I don’t think [senior executives] even believe that this is just a cyclical downturn. They’re just trying to keep investors happy, and pad their bonuses before they parachute out,” the person said cynically.

Pachter, on the other hand, seems convinced that the timing of downturn and the impending launches of brand-new consoles is far more significant, even if consumers can easily purchase gaming hardware online and elsewhere.

“I think [the new consoles] matter. Who is buying a console in the seventh year post launch? Clearly not the GameStop customer. Who buys one in the year of launch? Clearly the GameStop customer,” he told GameDaily (emphasis his). “I’m sure we saw the same phenomenon in early 2013, and I think that while it’s worse now because of digital downloads, [it’s worth remembering that]... all of the top managers at corporate (Paul Raines, Tony Bartel, Mike Mauler, Mike Hogan, Rob Lloyd) are gone (Raines died, the others fired) and the entire management team is new.

“It isn’t surprising that the rank and file store managers are skeptical, particularly with a declining business and a greater emphasis on profits. Yes, I [still] think we’ll see a turnaround at year end that will last next year and beyond.”

Lewis Ward, research manager for IDC, seemed far less confident in GameStop’s prospects. He admitted to GameDaily that the company’s poor fortunes now “doesn’t mean they can’t turn a profit at some point in the 2020s.” He noted that there are “examples of companies that have carefully managed their business in a declining or shrinking market but obviously it’s a lot [harder] to do than in a growing market.”

It remains to be seen if the Xbox Series X and PlayStation 5 will give GameStop the lift that both Sherman and Pachter believe. A decade ago, before digital skyrocketed and before games-as-a-service meant people were playing the same games like Fortnite for longer while purchasing fewer games overall, it would have been easier to buy into the console transition argument.

One manager told Polygon that Fortnite has been killing them, and while GameStop sells V-bucks and other digital cards, many believe that’s been a huge mistake for the retailer.

“They’re making short-term profits out of selling cards and codes, but it’s at the expense of their own future. They’re inviting the digital storefronts in to eat their lunch. It’s not sustainable. Once customers are comfortable with buying digital, they don’t go back to physical goods,” a former corporate manager explained.

And that’s a huge problem for GameStop, as we now have an entire generation that’s grown up with digital purchases on phones and tablets, not to mention a current installed base that’s increasingly comfortable with the benefits that come with subscriptions like Xbox Game Pass or PlayStation Plus.

“I think GameStop is ultimately swimming against the tide of history,” Ward continued. “It’s not the fault of the management team or the employees that digital sales keep taking a larger share of gaming industry revenue. This is a trend that started with newspapers back in the ‘90s and has gone on to sweep through every aspect of the media industry. The long-term future is digital distribution. Obviously PS5 and the next-gen Xbox will support discs and so there will be some life in used disc sales on those systems through 2025 and perhaps all the way to 2030 when those systems have been superseded and they get end-of-lifed.

“The trend on consoles for all non-hardware spending worldwide has been roughly a 4-6% slip in the direction of digital for the past for the decade at least. We’re at about 50% digital spending at this point and the other 50% coming through packaged game sales. If you play that out over the coming decade, digital gets to about 100% by 2030. Again, this isn’t a slam on GameStop or any other packaged game retailer. It’s simply the general direction of gamer behavior and, of course, it’s something that practically all companies except for packaged game retailers want to speed up if possible: their margins go up as GameStop’s new and used packaged game sales go down. It’s not personal, it’s business.”

The simple fact is that major publishers can enjoy better margins by selling digitally and having a direct relationship with their customers. This is doubly true if they’re selling via their own storefronts, like EA does with Origin or Ubisoft does with Uplay. Executives at these AAA game companies wouldn’t say it publicly, but they don’t really need retail partners like GameStop the way they used to. And that’s had a knock-on effect on shows like E3, which once were critically important for setting the tone at games retail.

GameStop previously said that it would close upwards of 200 underperforming stores for the 2019 fiscal year that’s now ending. It would not be a shock to see that number grow even more in the months ahead as it continues to cut costs and streamline a struggling business. The company may survive the trough it’s now in, but questions about its viability are only going to intensify in the coming console cycle. It just might be an unwinnable battle.