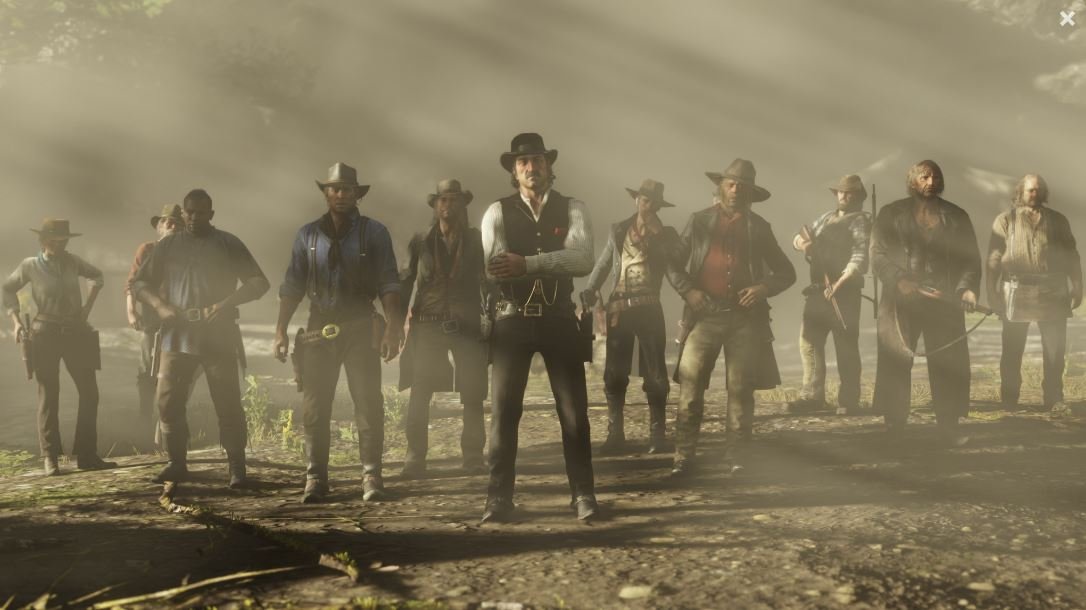 15 years ago, the now-infamous Hot Coffee mod for Grand Theft Auto: San Andreas made its debut, resulting in a number of legal headaches for developer Rockstar Games and parent company Take-Two Interactive. Now, Hot Coffee has once again reared its head, and briefly allowed players to engage in explicitly sexual acts in Red Dead Redemption 2 before almost immediately being taken down following a cease and desist request from Take-Two.

The creator of the new mod, Unlosing, spoke with PCGamesN about the situation. They pointed out that RDR2’s version of Hot Coffee keeps the characters fully clothed, and simply re-utilizes assets already present in the game.

“The animations are from the drunk bar mission with Lenny (which are still in the game), and the ‘moaning’ noises are simply the sounds the [character models] make when they get injured,” Unlosing told PCGamesN. “Also, they mention ‘online services’, however this mod is only available for single-player. To answer your question: no, I don’t think it’s fair.”

However, for Richard Hoeg, attorney at Hoeg Law in Michigan, Unlosing’s mod is clearly in violation of Rockstar’s end user license agreement, which states that “the Software may not be copied, reproduced, altered, modified, or distributed in any manner or medium, in whole of in part, without prior written consent from the Licensor.”

“In the case of modding communities, there is little question that in the absence of a formalized modification support structure, they are generally an infringing breach of the IP holders rights,” Hoeg told GameDaily. “Like streaming or fan games, non-supported modifications live in an area of the law I like to call ‘largesse.’ Meaning, namely, that an IP holder will allow certain infringing activities if, in the aggregate, they feel they are good for business.”

Clearly, Rockstar and Take-Two feel that RDR2’s Hot Coffee is not good for business.

The entire situation begs a lot of questions about the relationship between publishers and modding communities. Given the nature of EULAs in this day and age, mods operate in a legal gray area, according to Brandon Huffman, media lawyer at Odin Law and Media in North Carolina.

“In general, mods can only work by violating the EULA. Often, their creation also requires acts that could constitute copyright infringement. Modding could also violate the anti-circumvention provisions of the Digital Millennium Copyright Act,” Huffman told GameDaily. “Modders risk a cease and desist in most cases because the publishers and developers don't push much beyond that. But in a worst-case scenario, they risk a federal lawsuit where they could be forced to pay damages, including, potentially, statutory damages and attorney fees.”

Considering that mods, by their nature, only function by violating EULAs, the fact that many games have thriving modding communities illustrates an unspoken agreement predicated on the publisher’s perception that a mod has the potential to attract more business. Additionally, there may be cases where publishers and developers feel that the legal feels involved in pursuing a suit against modders aren’t worth the trouble.

“Some publishers and developers choose to look the other way,” Huffman said. “They do this probably either because of a business calculation that the cost to enforce their rights outweighs the benefits, or that the mods actually generate interest in the game itself, to their benefit. This kind of ‘tolerated infringement’ is not really legal doctrine--it's business decision making. Modders and, increasingly, streamers playing with mods, should not assume they will be tolerated.”

As an example, Huffman points to recent suits from Epic Games regarding the modding of Fortnite. Of course, in this case, the modder was outright cheating in the battle royale powerhouse, but the situation still serves as an example of a publisher refusing to look the other way, despite the enormous audience the modder boasts.

While this new Hot Coffee was made by rearranging animations that exist elsewhere in RDR2, the original San Andreas version was a full-on minigame left in the source code by Rockstar. The code went unused in the game, but modders quickly discovered it upon the PC release of San Andreas. The result was a monumental PR disaster for Take-Two and Rockstar: the ESRB changed the game’s rating from Mature to Adults Only, and Rockstar was forced to re-publish a patched version of the game without the sexual content.

Still, there exists a number of thriving modding communities across thousands of PC games, including Rockstar’s own titles, which is surprising given the company’s history with modders.

“So why does the Rockstar allow modding to exist? Because it is good for business (or more precisely, because they think it is,” Hoeg explained. “PC players have expectations about what can be done with the games that they purchase, and failing to meet that expectation could cause Rockstar an issue. Further, PC players have shown that games with modifications can have long lifespans and generally make their publisher more money. For example, Skyrim.”

EULAs exist, Hoeg said, as a way for publishers to drop the hammer on something they feel might cost them business, as is the case with Hot Coffee. This is obviously one debacle Rockstar isn’t keen to relive. Otherwise, publishers and developers can often benefit from community modding, which has the potential to bring in new users. License agreements provide a safety net for publishers, offering control over what is done with their games in the online space. Because of this, modders ought to understand that they are working under legally dubious conditions.