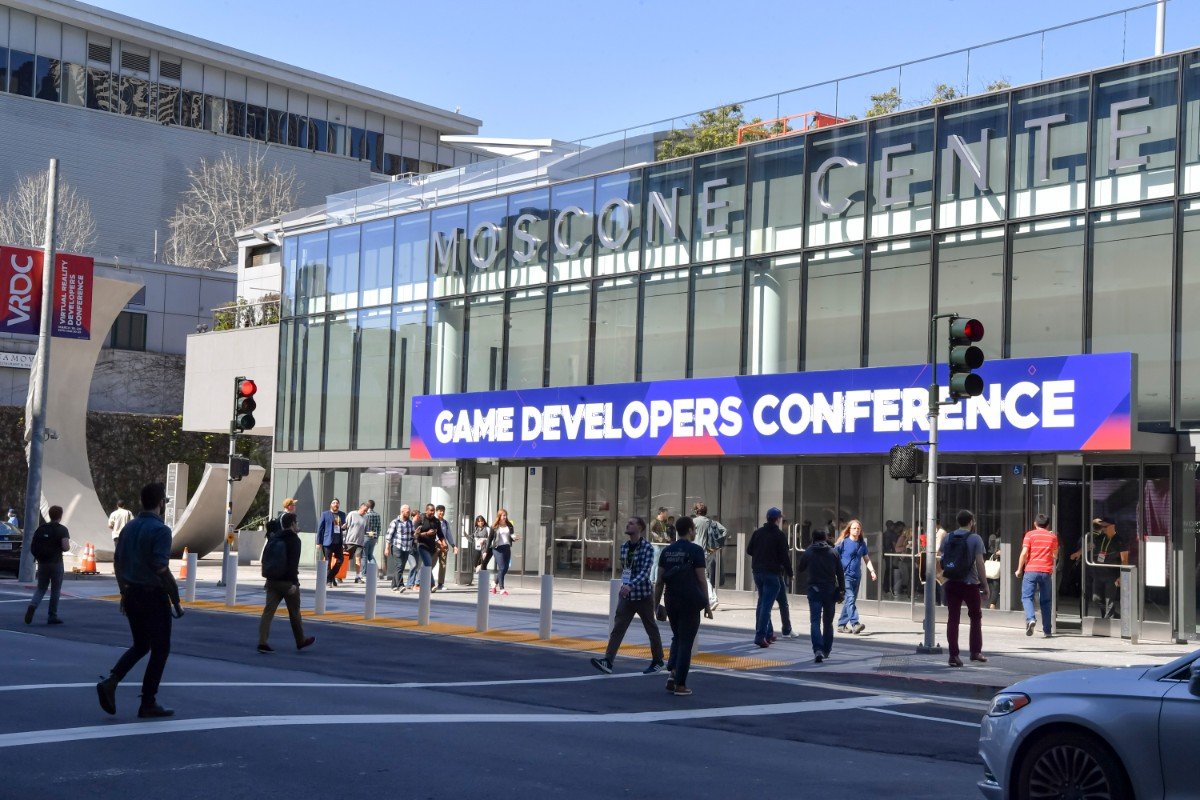 (Update 3/2/2020) As many expected might happen, the organizers of GDC have officially postponed the show. It's not being outright cancelled for 2020, though, as the current plan is to move it to some time during the summer months. Hopefully, Coronavirus is under control by then. Refunds will be processed and information on hotel refunds should be available on the FAQ soon as well. Organizers said that they do intend to put many of the planned sessions online for free as well. The award ceremonies will still take place, as both the Independent Games Festival and Game Developers Choice Awards will stream via Twitch during the same times they would have been attended in person.

(Update #3 on 2/28/2020) The hits just keep coming. Blizzard has officially pulled out of GDC, as has Gearbox Software. Beyond that, there are a number of journalists who have decided not to go, including the staff of Polygon, GameInformer, Jason Schreier of Kotaku, Gene Park of The Washington Post, and others.

(Update #2 on 2/28/2020) In yet another big blow to this year's GDC, Amazon has just announced on its blog that it's joining a long list of companies that are no longer participating in the event due to concerns around Coronavirus. "While we won’t get to see everyone at GDC this year, we still have exciting things to share. AWS Game Tech has decided to host a global online event, open to everyone, to showcase our planned content for GDC and more," the company said.

(Update 2/28/2020) Indie studio Iron Galaxy Studios is just the latest to withdraw from GDC. Moreover, Iron Galaxy's Adam Boyes has called on GDC organizers to think about refunds for devs. "Please reconsider your refund policy for folks who are deciding not to attend your conference in order to prioritize their health and wellness. Many developers spend their hard earned money to attend, and they shouldn't be punished for their caution," he wrote on Twitter.

GameDaily has asked GDC about refunds and the status of GDC itself but so far, the organization continues to stick to its vague statement that it's monitoring the situation: "We are closely monitoring the COVID19 (coronavirus) situation and want to assure everyone that your health and safety are a top priority. If our assessment of the situation changes, based on new and evolving developments or updated information, we will promptly update this statement regarding the status of GDC 2020 accordingly."

(Update #3 on 2/27/2020) Just minutes after our update below, Unreal has pulled itself out of GDC too, as noted on the company's Twitter account. This appears to be a very fluid situation now and we've pinged the GDC organizers to see if there's been a status change. With both major engine firms, Unreal and Unity, now out of the conference, it's hard to even call it a developer show. We'll keep you posted.

(Update #2 on 2/27/2020) It feels as if the situation is truly snowballing now. Microsoft has followed Unity's lead today and also pulled out of GDC participation. As explained on its blog, "After a close review of guidance by global health authorities and out of an abundance of caution, we’ve made the difficult decision to withdraw from participating at Game Developers Conference 2020 in San Francisco. The health and safety of players, developers, employees, and our partners around the world is our top priority...

"In light of this, we plan to move our presence to a digital-only event March 16-18th held on www.microsoft.com/gamestack. This event will feature the majority of our planned game developer sessions and experiences, which will be streamed live and available on demand."

(Update 2/27/2020) Unity Technologies has just announced on its official blog that it has also decided to opt out of GDC 2020 due to the evolving situation around Coronavirus. "While we did not make this decision lightly, the current conditions with COVID-19 (also known as Novel Coronavirus) present too much risk," the company said. "We take our employees’ wellbeing very seriously. We do not want any Unity employee or partner to compromise their health and safety unnecessarily. We’re advising all employees to refrain from traveling to GDC. We will no longer have a physical presence with a booth, but will instead showcase the great GDC content we’ve been working towards online."

Coronavirus (COVID-19) has been spreading across the world, and the Centers for Disease Control (CDC) in the U.S. warned citizens this week to be prepared for the virus to spread across the nation. While there have been just 14 cases in the U.S. and none confirmed in the city of San Francisco yet, Mayor London Breed officially declared a state of emergency for the city on Tuesday.

“...the global picture is changing rapidly, and we need to step-up preparedness,” Breed said in a statement, according to The Hill. “We see the virus spreading in new parts of the world every day, and we are taking the necessary steps to protect San Franciscans from harm.”

The goal of declaring a state of emergency is to give city officials more resources so that they can expedite a rapid response should the virus take hold. It’s about being proactive rather than reactive. That said, numerous game companies have been proactive on their own terms, pulling out of the Game Developers Conference in an effort to keep their employees healthy and to minimize the spread of the virus.

Electronic Arts this week became the latest major games company to back out of participating in GDC. "Having closely followed the global situation with coronavirus and with the recent escalation of cases in new regions, we have decided to take additional steps to protect the well being of our employees including the restriction of all non-essential travel," the company explained to GI.biz. "As a result we are also cancelling our official participation at GDC and limiting attendance to other events. We are continuing to monitor the situation and will adjust guidelines to our employees as we feel is appropriate."

EA’s decision follows Sony, Facebook/Oculus, Kojima Productions, and indie fund Kowloon Nights. Organizers for GDC also previously announced that all of its China-based exhibitors (about 10 of 550) have been asked to push their participation to next year’s show. GDC isn’t the only major international games show to be affected by Coronavirus fears. Sony and Facebook already backed out of PAX East, and this week CD Projekt Red, Capcom, PUBG Corp and Square Enix also cancelled participation for their staff.

GDC has outlined its increased measures to wipe down and continually disinfect common touch areas at the Moscone Center. Additionally, today organizers responded to the state of emergency declaration. “California Department of Public Health, the San Francisco Department of Public Health, and the San Francisco Travel Association continue to support the convening of public events, and we are moving forward as planned,” trade show officials said while linking an official letter from the San Francisco Travel Association that seeks to reassure GDC attendees.

Coronavirus has been affecting businesses worldwide and could have a deep economic impact, especially for those companies that rely on Chinese factories for production. The stock market has taken a hit, and one study estimated that 5 million companies could be affected by the outbreak. Nintendo has already warned that the virus could cause Switch shortages, and depending on how long the outbreak persists, there’s a real chance that the next-gen launches of the PS5 and Xbox Series X this holiday season could be affected, Niko Partners analyst Daniel Ahmad told GameDaily last week.

With E3 Expo, gamescom and other major game shows planned throughout 2020, it’s going to be interesting to see how plans change if the virus is not contained. There have been more than 80,000 cases across the globe, along with over 2,700 deaths.

One Harvard epidemiology professor believes that up to 70% of the world’s population could become infected. That may sound like a pandemic nightmare, but most cases are not fatal and some are even asymptomatic. COVID-19 does have a mortality rate of about 2%, which makes it significantly worse than typical flu, which kills only about 0.1% of those it infects. If the Harvard professor’s worst case scenario comes true, the virus could wipe out over 100 million people from a global population of about 7.8 billion.

What makes COVID-19 so insidious is that its incubation period can be as long as 14 days, according to the CDC, which means many people can be carriers of the virus without exhibiting any symptoms or being aware of the risk they pose to others. As the outbreak continues, it’s best for people to remain cautious and to stay apprised of any updates via CDC.gov.