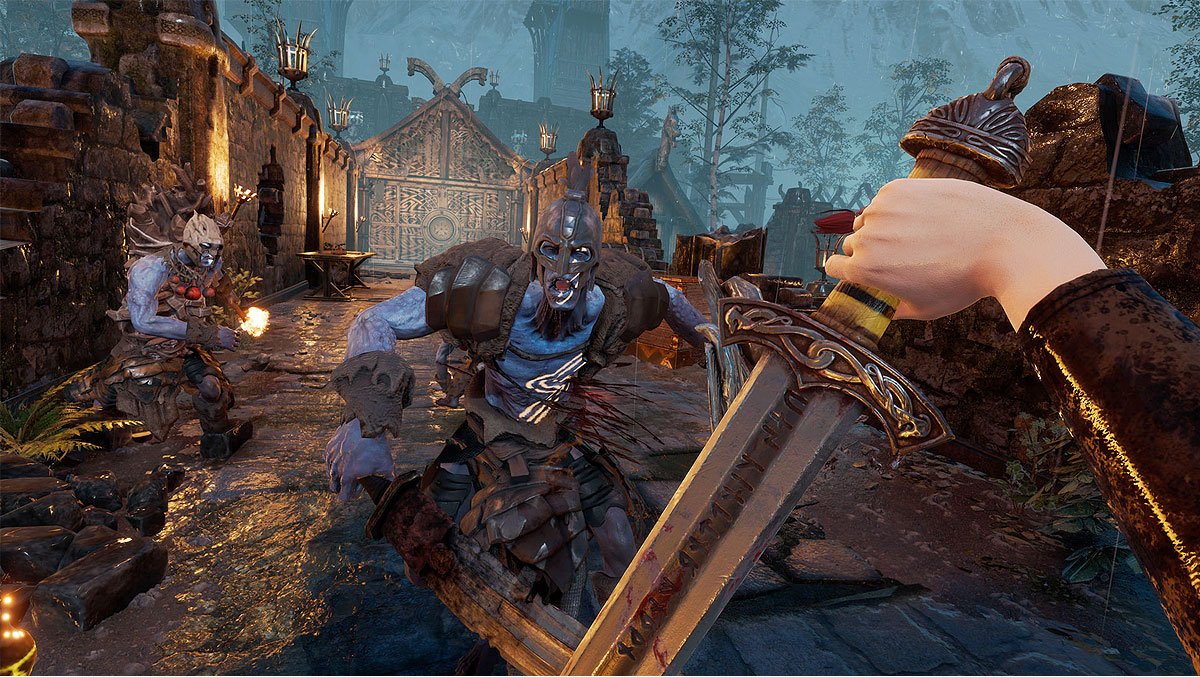 Facebook CEO Mark Zuckerberg has talked about wanting to reach 1 billion VR users for some time now. His company snatched up Oculus for a cool $2 billion back in 2014, and while VR has come a long way since then, it has a very long way to go. Headset sales have been somewhat spurred by the affordable and portable Oculus Quest, and from a content standpoint, the March 23rd release of Half-Life: Alyx could end up being a true litmus test for the VR market.

As any platform holder would tell you, content is what’s going to drive adoption. Few companies have invested in content the way Oculus has. The company has funded titles like Lone Echo, Lucky’s Tale, From Other Suns, Wilson’s Heart, Stormland, and Asgard’s Wrath to name a few. The latter is noteworthy because this week, Oculus announced the acquisition of Asgard’s Wrath developer, Sanzaru Games. A purchase price and terms of the deal were not disclosed.

Unfortunately, it does appear that a few staff were let go. Oculus said that “the vast majority of Sanzaru will be joining the Oculus Studios team.” At the same time, Oculus has promised a certain level of autonomy for Sanzaru. “A studio’s culture is a crucial part of its success, and that’s clearly been true for Sanzaru. It’s an aspect of the company we admire and intend to maintain,” the company affirmed.

“They will continue to build amazing VR experiences as an independent studio operating out of their current offices in the US and Canada, with the full support of Facebook and the passionate Oculus Studios team behind them.”

Sanzaru’s relationship with Oculus goes back a few years, as the studio has made three other titles prior to Asgard’s Wrath -- Ripcoil, VR Sports Challenge, and Marvel Powers United VR -- so outright joining the Oculus Studios family was a logical next step, especially since Asgard’s Wrath showcased what AAA production values could look like in VR. Fans have reacted positively to the 40-hour campaign, awarding the title 4.5 stars out of 5, based on over 2,800 user reviews in the Oculus store. Oculus has not disclosed how many copies have been sold when asked for comment by GameDaily, but the game continues to be among the top sellers.

Lewis Ward, head of games research at IDC, praised the acquisition of Sanzaru.”Facebook understands the importance of unique software and experiences when it comes to selling hardware and differentiating the brand,” he told GameDaily. “If you recall, Asgard’s Wrath was bundled with Rift S late last year and I bet Facebook believed that moved the needle. It’s probably also the case that Sanzaru has plans to augment that game over time that Facebook’s VR team approved of and also that Sanzaru has other game projects in development that intrigued Facebook. You usually don’t buy a studio unless you think there’s going to be an ongoing pipeline of quality content, so there were likely multiple factors that came together into this decision.”

The Sanzaru acquisition comes only a few months after Facebook purchased Beat Games, the studio behind the wildly successful Beat Saber. Oculus is clearly on the lookout to bolster its VR talent pipeline, and while Beat Games has been able to cater to a wider mainstream audience, Sanzaru has demonstrated the ability to draw in a core gamer crowd. Moreover, with other studios having been recently picked up by other major companies, Facebook may have felt pressured to act now, rather than lose out on an opportunity, according to Carter Rogers, principal analyst with Nielsen’s SuperData.

“These acquisitions are a smart move to ensure there is a guaranteed pipeline of quality VR games for Facebook going forward,” he told GameDaily. “The VR market is still small enough that platform holders need to fund the most expensive titles or make them in-house. Sanzaru has proven themselves as a dependable studio. Asgard’s Wrath stands out as one of the most critically-acclaimed VR games and is especially lengthy for a VR title.

“Additionally, Facebook may have felt pressured to make these acquisitions given that many large and midsize independent studios have been snapped up in recent years. Insomniac Games, which made several VR games including Stormland and The Unspoken, was acquired by Sony in 2019, and its days of making Oculus games are presumably over. Recent acquisitions from Microsoft include inXile(makers of the VR game The Mage’s Tale) and Ninja Theory(which worked on the Star Wars VR experience Vader Immortal). If Facebook didn’t lock down some studios, it ran the risk of having fewer potential development partners for future VR games.”

Facebook has been generating some decent momentum over the last 12 months. While Sony’s PSVR may be outselling other headsets (over 5 million sold life-to-date), IDC’s research shows that Facebook/Oculus had a 39% share of the market (as of Q3 2019) and Oculus has widened the gap with HTC Vive considerably.

“I think Facebook [is] feeling pretty good about where they are in VR today and want to keep the momentum up,” Ward added. “You can see from the Steam page that the Rift S has been doing pretty well. And that doesn’t even count Quest’s success. So I think Facebook feels like it’s gotten the upper hand on HTC in gaming, although of course, PSVR remains the top dog overall if you’re including console-based VR experiences.”

Considering Facebook’s $52 billion cash pile, the company has quite the warchest to go after more VR studios, if it wishes. Mike Verdu, director of content at Oculus, made it sound like Facebook is only getting started in 2020. “We’re exploring many ways to accelerate VR, and 2020 is going to be an incredible year for VR game launches and announcements. We are thrilled to have Sanzaru joining our team. This is just one of the many amazing VR announcements we have in store this year,” he said.

Facebook is pursuing the burgeoning field of AR as well, but for now there’s no denying that VR hardware and content is in a more mature state. Facebook’s R&D teams will no doubt make sure that the company is ready for whichever reality proves to be the most lucrative.