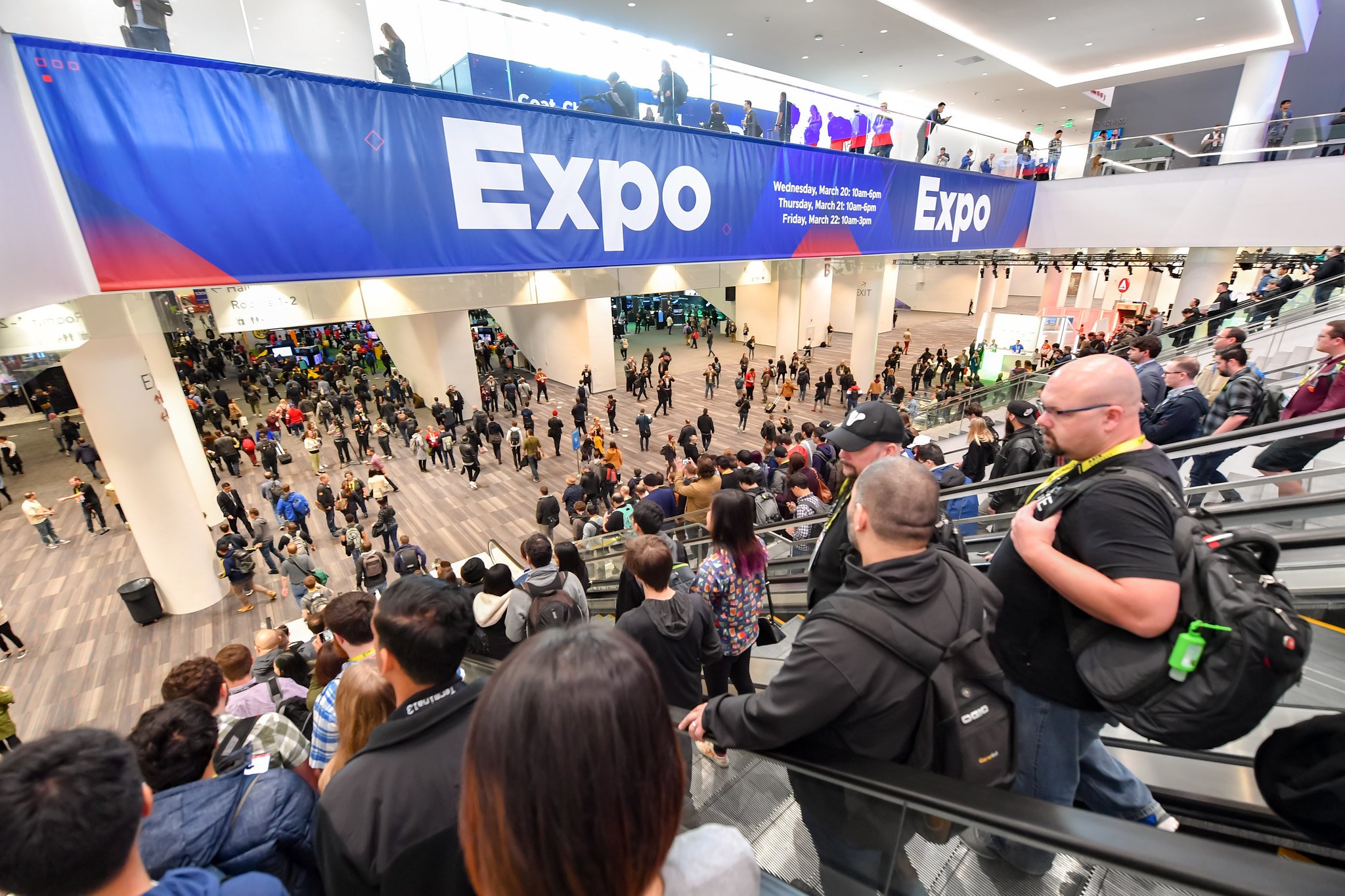 Last week, a number of high-profile departures from this year’s GDC expo amid concerns over the coronavirus outbreak culminated in the cancellation of the show, at least for the time being; in a blog post, GDC organizers said it’s been postponed until this summer.

“Having spent the past year preparing for the show with our advisory boards, speakers, exhibitors, and event partners, we're genuinely upset and disappointed not to be able to host you at this time,” the post reads. “We want to thank all our customers and partners for their support, open discussions and encouragement. As everyone has been reminding us, great things happen when the community comes together and connects at GDC. For this reason, we fully intend to host a GDC event later in the summer. We will be working with our partners to finalize the details and will share more information about our plans in the coming weeks.”

The fallout surrounding the announcement has been marked by disappointment, particularly on the developer side of things. While larger companies like Amazon, Facebook, Microsoft, and others are unlikely to be impacted one way or the other, smaller teams are understandably concerned over the funds they’ve already spent in booking the show. The cancellation comes just weeks before GDC was scheduled to take place in San Francisco, meaning that in most cases flights and hotels have already been purchased, and appointments with potential investors and platform holders had been scheduled.

For Rockfish Games, the developer behind roguelike space shooter Everspace, the cancellation of a premiere networking show represents a number of missed opportunities.

“We had promising meetings scheduled with platform holders, various outsourcing and content partners as well as the gaming press,” Rockfish CEO Michael Schade told GameDaily. “While we are now setting up conference calls to follow-up online, we know that it just won’t be the same as meeting face-to-face, so we look forward to catching up with everyone at other shows later this year. Luckily, Everspace 2 launching on Steam Early Access is still several months out, and we are in a financially comfortable situation, so we can continue working on our game as planned.”

Merge Games, an indie publisher who had plans to show off four different games at GDC, is attempting to mitigate any losses by continuing to hold meetings at Game Connection, a smaller conference taking place in San Francisco March 16 and 17.

"Despite the cancellation of GDC we are still looking to attend Game Connection as well as to make ourselves available for press meetings,” a Merge spokesperson told GameDaily. “Our staff have been briefed on precautionary measures against the coronavirus and have been offered the chance not to travel. Our devs will be in attendance with us. We will monitor the situation over the coming days to ensure the safety of our staff which is always our number one priority."

GameDaily has reached out to organizers of GDC for further commentary and did not yet receive a response. It’s important to remember to sympathize with the PR people who have been tasked with fielding public backlash over the cancelled event. It’s also important to note the financial impact on the city of San Francisco and all the hotel reservations, bar hopping, and restaurant reservations that will no longer be fulfilled.

Much of the industry has taken note of the financial stress inflicted on developers and publishers in the wake of GDC’s cancellation. To that end, Wings Interactive has established the GDC Fund, which aims to alleviate at least a little bit of the pinch for indies.

“The postponement of GDC at such short notice is completely unprecedented, and we’ve been blown away by how quickly the games industry has come together to help independent game developers suffering hardship as a result,” Wings co-founder Cassia Curran said in the press release. “More companies are donating to the GDC Relief Fund all the time, and gamedev.world is moreover launching a fundraiser between March 27th and April 3rd with all donations going to the fund. Our hope is that the GDC Relief Fund will make it easier for individuals and small teams that have been disproportionately impacted to deal with the recent developments.”

For its part, the International Game Developers Association (IGDA), in partnership with GameDev.World and Take This, is hoping to provide some additional relief.

“The IGDA is partnering with GameDev.World’s online event and fundraiser to alleviate the financial burdens on developers affected by the outbreak of COVID-19,” IGDA executive director Renee Gittins said in a statement. “In addition to providing financial relief, this event will supply education opportunities via free talks about important game development subjects. Attendees across the globe will be able to hone their expertise and knowledge.

“The IGDA is also partnering with Take This, a trusted leader in mental health practice in the game industry, to develop new materials and standards of support and professionalism to ensure the success of developers,” Gittins continued. “This partnership will provide trusted resources for sustainable development practices by improving human resource practices and leadership development across the game industry.”

Elsewhere, Reboot Develop Blue will proceed as planned in April while offering a GDC relief effort, and there are a number of other alternative events for devs to consider, including LudoNarraCon, NotGDC, AltGDC, and more. There are also further relief efforts being piloted by big industry names like Kate Edwards and the Plan B Project. [h/t GamesIndustry].

The postponement of GDC is unfortunate for a number of reasons, and it’s hard not to feel sympathetic for everyone involved, from organizers, exhibitors, speakers, and everyone in between. The relief fund and the IGDA’s statement is certainly a bright spot, and it’s heartening to see the indie scene come together to support one another.