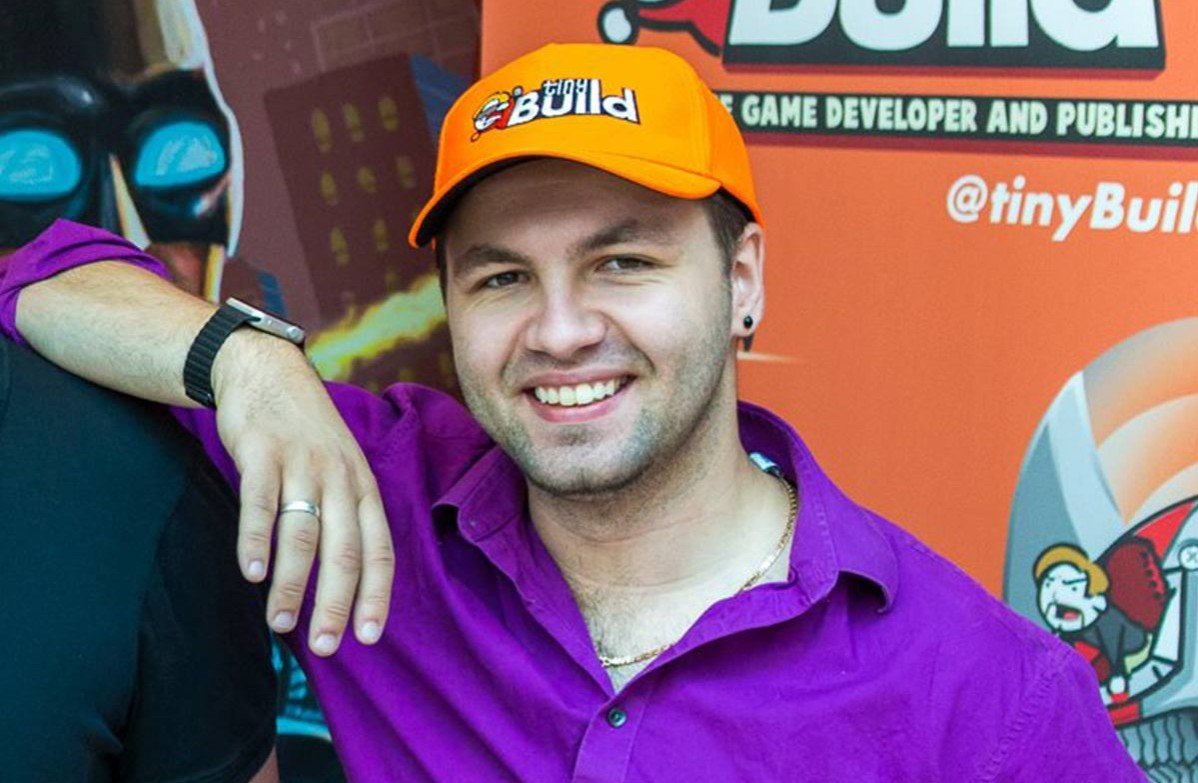 Indie publisher tinyBuild has announced that it will be opening a new studio in Boise, Idaho. The offices there will be focused on development, and will be led by Jed “HakJak” Steen, the one-man team behind Guts and Glory. GameDaily reached out to tinyBuild about why it chose Boise, the partnership with Steen, and its plans for the new studio.

“HakJak...has a keen sense of fun in video games,” tinyBuild CEO Alex Nichiporchik told GameDaily. “It’s a rare case when a developer taught himself physics and was able to make a great comedy game on the first try. The game we’re working on is 100 times more ambitious, but also revolves around humor. So with HakJak in the lead, our vision is to build a fantastic studio capable of delivering on emergent gameplay you won’t see anywhere else.”

Founded in 2011, tinyBuild is headquartered in Bellevue, Washington, and has offices in Utrecht, Netherlands and Riga, Latvia. Aside from publishing Steen’s Guts and Glory in 2018, the studio has also published hits like Hello Neighbor, Graveyard Keeper, Pathologic 2, and Streets of Rogue. 2011’s No Time to Explain is the studio’s lone foray into development.

The offices in Boise, Nichiporchik said, will be focused on a new game that was born from a sort of game jam a few years ago. The team isn’t ready to talk about it just yet, but the goal is to eventually turn it into a new franchise.

TinyBuild’s partnership with Steen is a natural move in the current indie publishing environment, which encourages smaller teams to collaborate with one another.

“Jed has been really great to work with,” Nichiporchik said. “We both see how the industry is converging, consolidating in terms of team sizes--that smaller teams and solo devs are uniting to form something bigger than the sum of their parts. It just made sense.”

Steen echoed much of this sentiment as well.

“I’ve been working with tinyBuild for over 3 years now, and it's been an excellent experience since day one,” Steen told GameDaily. “Alex and I seem to share the same brain for a lot of things, with a mind for both business and games, so this studio is just a natural next step in that relationship.”

Despite being the CEO of an indie label, Nichiporchik’s views on indie publishing are rather negative. The overall industry shift to evergreen experiences, he said, has forced indies to rethink how they do business.

“Indie publishing is dead,” Nichiporchik said bluntly. “It’s a Groupon-like business model where anyone can replicate it and inflate the market. That’s exactly what’s happening. I believe we’re on a completely different trajectory at this point. We’re focused on internal and second-party development right now, where we work very closely with dev teams to build something long-lasting. To build brands that’ll stand the test of time. Whereas the traditional ‘indie publishing’ model usually focuses on a single game at a time, and that’s not sustainable.”

Regardless of Nichiporchik's perception that indie publishing is currently experiencing a tectonic shift, the new studio is an exciting opportunity for Steen, who is very glad to be a part of a team for the first time in his development career.

“I'm very excited to be leaving the lone wolf trail and joining a pack of developers,” Steen said. “Working with a team brings more ideas and skills to the table, and allows us to build games that are bigger and better than I can possibly do alone. Adding tinyBuild multiplies this immensely, and gives me a lot of confidence that our hard work will be seen by the world and pay off.”

Thanks to Guts and Glory, Steen has been supported by tinyBuild for over three years at this point. This makes the partnership a comfortable next step for Steen, who is eager to show off what the team in Boise will be working on, even if it is a long way out.

“We, have an early start on a project with huge potential and proven IP concept,” Steen explained. “I can't say anything about it yet, but I think everyone will be very, very surprised when they hear about it. That's the kind of thing I hope to do with each project--totally surprise our fans so they never know what to expect next.”

Steen may be optimistic, but there are some substantial challenges ahead. Indies have historically struggled against larger devs and publishers in terms of discoverability and community building. Still, tinyBuild has a solid track record and an impressive portfolio of hits, so Steen appears to be in good hands. Hopefully, this partnership bears fruit for both parties.