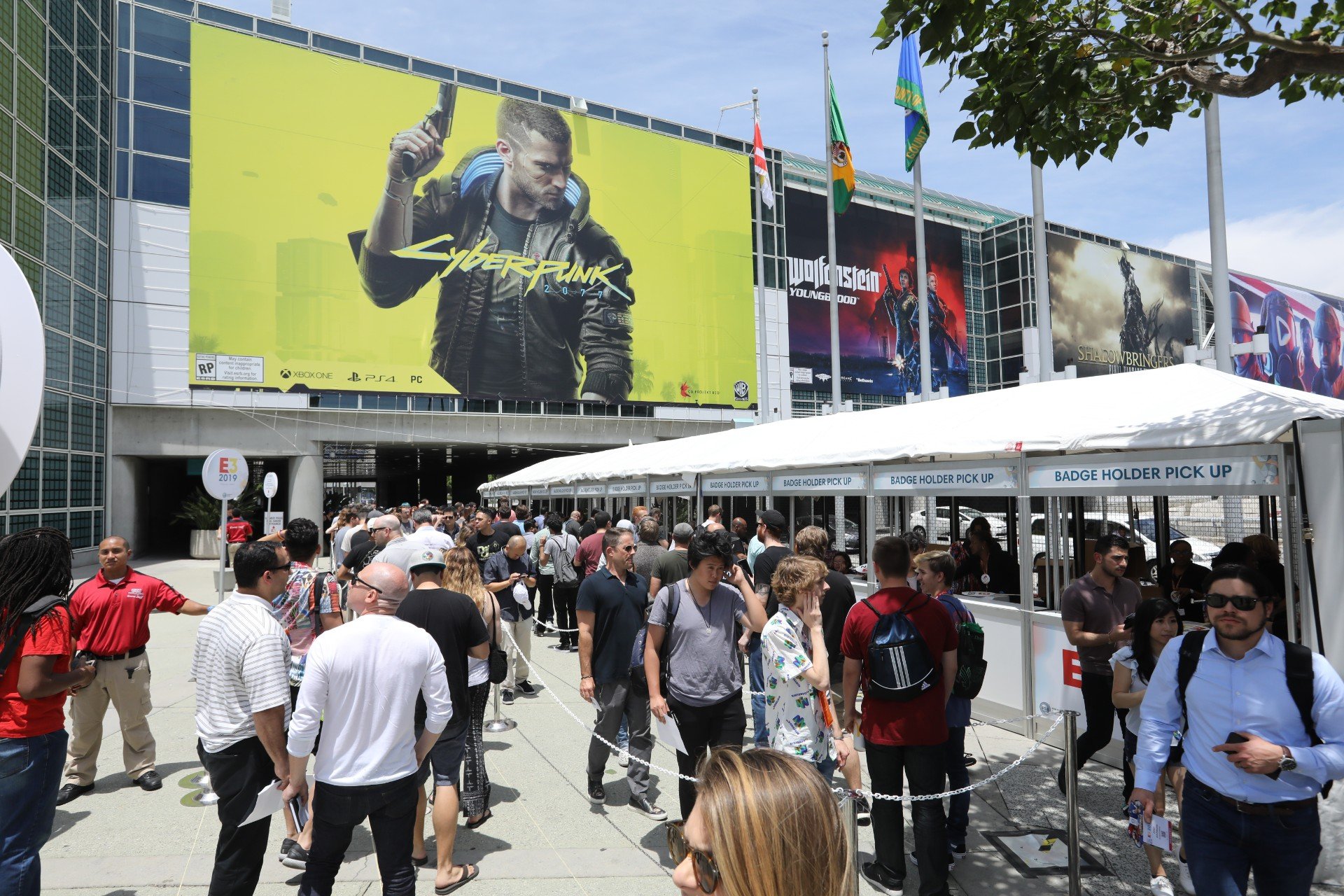 (Update 3/6/2020) While E3 has a few months to see how the coronavirus siutation unfolds, the organizers behind the popular SXSW event in Austin, Texas have just cancelled the show with just one week left. It was slated to kick off on March 13. You can read the full statement here, and we have to wonder if E3 2020 will meet this same fate.

Troubles continued this week for the Entertainment Software Association and the embattled E3. Specialized merchandise company iam8bit has withdrawn as creative director of this year’s event. The move was announced via a tweet on Thursday.

“It’s with mixed emotions that iam8bit has decided to resign as Creative Directors of what was to be an evolutionary E3 2020 floor experience,” the tweet reads. “We’ve produced hundreds of gaming and community events and it was a dream to be involved with E3. We wish the organizers the best of luck.”

In a comment to GamesIndustry.biz, an ESA spokesperson commended iam8bit’s work while insisting that E3 is still something to be looked forward to:

"We can confirm that iam8bit is no longer part of the inter-agency group working on E3 2020. We greatly value their passion for the video game industry and the contributions they brought toward our vision for this year's show. We have an innovative and experienced team in place including Endeavor's creative agency 160over90, event innovators Mat+Lo and longtime E3 partners, GES, Dolaher Events and Double Forte--all collaborating to bring to life an exciting and authentic experience for fans, the media and the industry."

E3 has taken hit after hit recently. Many major participants have exited the show, including Sony and Geoff Keighley, among others. Analysts, journalists, and consumers have been questioning the relevance of the show for a few years now. Exacerbating things is the ESA’s seeming refusal to make the show more accessible to potential exhibitors, including indie publisher Raw Fury.

“E3 denied the credentials of some of our colleagues so we wrote a message and listed the names and titles of everyone at RawFury (and added some bonus names),” co-founder David Martinez said on Twitter.

“E3 is struggling between being a consumer show and an industry trade show,” Cole told GameDaily. “The video game industry has so many different segments now that it is harder for E3 to find a place. Their main focus was on the console game systems, and as those players look to other means they need to find a replacement.”

Cole pointed out that E3 has made significant changes in the past, such as holding the event in Atlanta in 1997 and 1998. It also took place as a smaller show in Santa Monica in 2007, and opened its doors to the general public a couple of years ago, which illustrates a willingness to try new things on the part of organizers. Still, Cole said that recent years have felt different.

“I think however, as E3 changes it will be a very different looking show. Whether that is better or worse is open to debate,” he said.

Of course, the continuing spread of COVID-19 could factor into this year’s event, as well. The Los Angeles area recently entered a state of emergency, which the ESA said it is assessing.

"Our E3 team and partners continue to monitor COVID-19 via the Centers for Disease Control and Prevention (CDC) and the World Health Organization (WHO),” the ESA said earlier this month. “We are actively assessing the latest information and will continue to develop measures to further reduce health risks at the show.”

For Lewis Ward of analyst group IDC, it’s only a matter of time before E3 2020 is cancelled.

“My guess is that E3 will be cancelled as a live event,” Ward told GameDaily. “I just don’t see the pressures coming from the COVID-19 pandemic falling to the point over the next month or two that E3 will happen. At least as of today, the epidemic is getting worse, not just in the US, but all over the world. It’s partly a liability issue for the ESA and others.”

Ward said that show-goers contracting the coronavirus after the fact could result in damaging legal fallout if the ESA is sued by those affected.

“Besides the obvious human loss that one might argue was otherwise avoidable sans E3, there’s just big financial risks for the companies involved with E3 until the pandemic is under control and there’s a viable vaccine out there,” he explained.

So far, though, the ESA has not announced any plans to outright cancel E3. Attorney Richard Hoeg of Hoeg Law in Michigan said that the ESA’s ongoing contract with the Los Angeles Convention Center (which is signed through 2023) may play a role. We asked what would happen if the ESA terminated that contract by not holding E3 at all.

“Generally contracts will have termination clauses, which will itemize what happens (including what, if any, penalties are to be paid) on termination,” Hoeg explained. “If the organizer of an event has a multi-year commitment, and doesn’t have the right to terminate, then they can pay for the venue without the event, or (more likely) breach the agreement at which point they would owe damages.”

The venue wouldn’t be able to just sit back and collect money, though, Hoeg said. In such a case, the LACC may be obligated to seek another event to occupy the time slot vacated by E3.

“Given all that, in a scenario where the ESA just stops holding E3, it is likely that the sides would come together to decide on some kind of settlement termination agreement where the ESA would pay a certain sum, and potentially agree to other related payments, but could otherwise walk away,” Hoeg continued.

Given the overall decline in E3’s public standing, there’s an argument to be made that if the 2020 show is canceled, the event may not ever return to its former glory (or at all). A recent trend in game publisher marketing is direct-to-consumer digital presentations, a format made popular by Nintendo’s Direct features. This is one potential avenue of exploration for E3.

Publisher Devolver Digital, known for its absurdist “anti-E3” conferences and a yearly mixer held in a parking lot across the street from the LA Convention Center, said that it’s not letting any difficulties stop it from charging ahead as planned.

“This press conference and parking lot are happening regardless of what happens with E3, barring nuclear war. Only god can stop us,” Robbie Paterson, self-dubbed special liaison to the office of the Queen at Devolver Digital, told GameDaily via email.

For its part, Microsoft is likely also monitoring the situation closely. Without Sony at the show, the Xbox Series X was set to be the only next-gen console in the spotlight. As of last month, the company was still planning on holding its press conference at the Microsoft Theater, which neighbors the LA Convention Center. GameDaily reached out to Microsoft for comment, but had not received a reply.

Clearly, the current state of E3 has some industry professionals very frustrated. And who can blame them? The ESA’s handling of the show has been less than ideal in recent years. After the organization let a doxxing of 2,000 media happen and still never issued the words, “We’re sorry,” good will towards the ESA is scarce. Ultimately, the coronavirus could be the final nail in E3’s coffin.