NFL and 2K have reunited to create non-sim football games 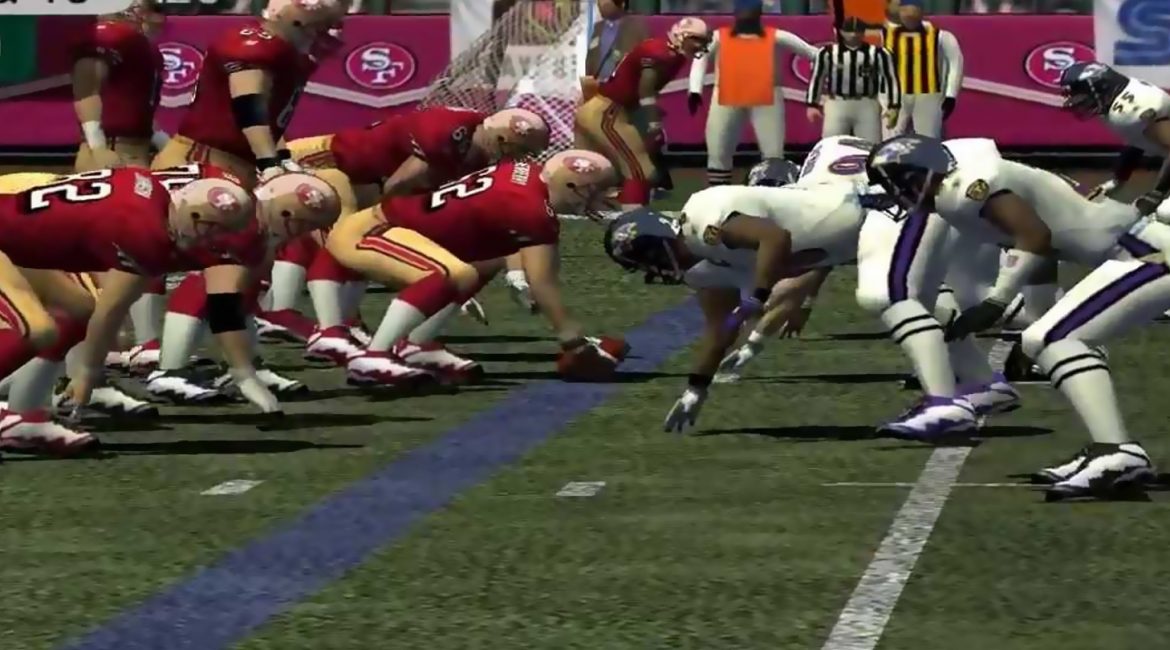 NFL 2K, developed by Visual Concepts, first made its appearance on the Sega Dreamcast in 1999 and garnered a legion of fans even in the face of EA’s Madden juggernaut. While the franchise was ultimately halted after 2004, the folks at 2K have reached a new partnership with the NFL to create a new franchise that offers a non-simulation experience. The first title is expected in 2021.

There are few details to share, but the design is clearly going to veer more into arcade territory than what fans of NFL 2K (and Madden) are used to.

“The NFL is one of the most successful sports brands in the world, known for creating incredible entertainment for fans,” said David Ismailer, President of 2K. “We’re thrilled to be back in business with the NFL in a partnership that will span multiple video games centered on fun, approachable and social experiences. It’s exciting to bring together 2K’s expertise in creating award-winning sports games with the NFL’s renowned status as a world-class entertainment and sports organization.”

EA Sports’ continued domination with the Madden franchise likely had something to do with 2K approaching the market from the non-sim angle. The Madden games have sold in excess of 130 million copies since the series debuted back in 1988. According to NPD industry analyst Mat Piscatella, "A Madden game has finished among the year's top 5 best-selling games in the U.S. market for 20 consecutive years."  What makes that stat even more impressive is that NPD's tracking does not include sales via subscription services such as EA Access and Origin Access, nor does it include Madden Ultimate Team micro-transactions or any mobile engagement.

Piscatella added, "Madden remains an industry titan. Since our U.S. tracking began in 1995, only Call of Duty and Mario Bros have generated more full game dollar sales than Madden Football."

That said, he does believe there's an opportunity for another publisher in the space today: "I would have to believe that there is room for more than one football-themed game in the market. And having some variety in the offerings could certainly be beneficial. NBA, Soccer and Baseball all have multiple product type offerings, from titles like NBA 2K Playgrounds 2 for basketball, to more management style sim franchises such as Football Manager and Out of the Park Baseball, while FIFA offers the VOLTA mode within FIFA 20."

Wedbush Securities' Michael Pachter was a bit more pessimistic in his assessment. "We think Take-Two’s games have extremely low potential to generate significant revenue, and are more analogous to a game like Glu Mobile’s Kim Kardashian: Hollywood, which averages under $100 million annually on mobile. Take-Two may craft a compelling lifestyle game based on the NFL, but we think such an effort is unlikely to challenge video game fans sufficiently to generate meaningful revenues," he said in a note to investors.

From the NFL’s perspective, while Madden has been a perennial boon for the sport and has led to a strong esports component, having a diversified portfolio and engaging football fans with different experiences/products is a smart move.

“Expanding the NFL’s presence in the world of gaming has become a focus for the League as we look to grow the next generation of our fanbase and reviving our partnership with 2K was a natural step in that effort,” said Joe Ruggiero, Senior Vice President of Consumer Products at the NFL. “2K is a worldwide leader in sports video games, with a proven track record of creating best-in-class and award-winning games and we look forward to sharing more about the projects we are working on with them in the future.”

The deal that 2K has signed with the NFL is for multiple years, although how many wasn’t specified. The first title is already in development and is slated for Take-Two Interactive’s 2022 fiscal year. Take-Two has been understandably cautious around signing more sports deals for years, as it infamously blamed its MLB 2K series for $30 million in annual losses for a stretch. Ironically, the MLB deal fallout is what led to the formation of the 2K label that’s gone on to bring us blockbusters like BioShock.

And now 2K is in growth mode, according to Ismailer. “It’s an exciting time for 2K and our fans,” he said. “We’re growing our sports offerings and building on our core games with new IP, as well as continued support of award-winning franchises, all with the goal of giving our fans more amazing games and entertainment for years to come.”

2K recently announced that it’s working on a brand-new BioShock game at newly opened Cloud Chamber, and the publishing label also just rebranded its Silicon Valley studio led by Michael Condrey as 31st Union while expanding the operation into Spain. The Sledgehammer veteran will be creating a totally new IP for 2K.

In the world of basketball, NBA 2K has dominated the market in a similar way as Madden has in football. 2K has sold over 90 million units of the franchise and its NBA 2K League has some momentum as it kicks off the third esports season. There’s no doubting the talent that 2K has in the sports arena. Whether the studio can have that same level of success with an arcade-style NFL game remains to be seen.

(Updated 3/10/2020 with comments from Piscatella and Pachter)