Reggie Fils-Aimé joins the GameStop board of directors 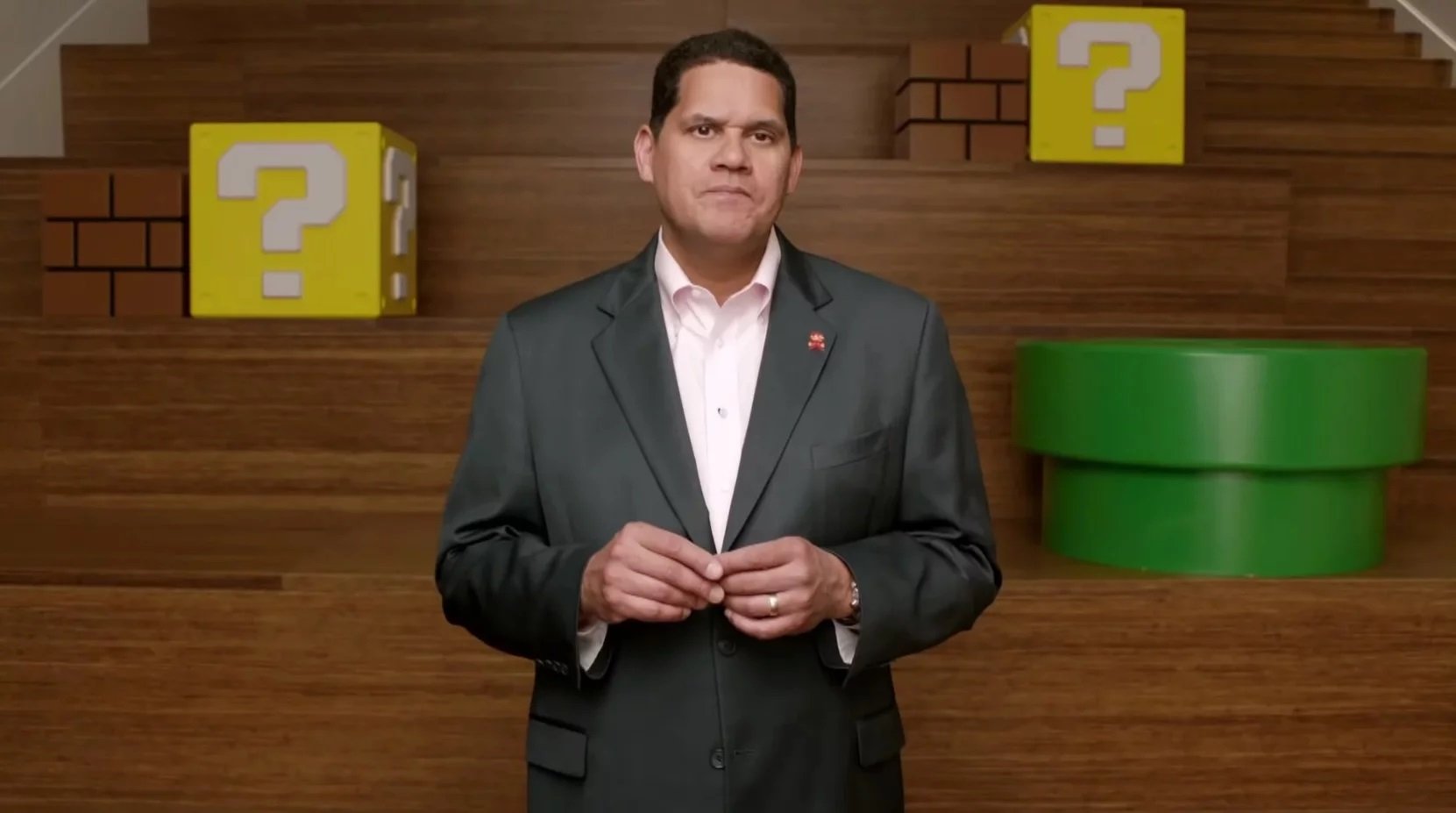 As a company, GameStop has been floundering for some time now. The rise in the digital distribution of video games has resulted in an identity crisis for the physical game retailer, a circumstance that has wreaked havoc on its stock prices. There are some analysts that posit that GameStop can still be profitable, though, which is an optimism that the company shares. To that end, GameStop has bolstered its board of directors with a trio of big names, including former Nintendo of America president Reggie Fils-Aimé.

Fils-Aimé retired from Nintendo in February of last year after 15 years with the company, and was replaced by the aptly-named Doug Bowser. Fils-Aimé announced his appointment to the GameStop board on Twitter:

“The gaming industry needs a healthy and vibrant GameStop. I look forward to being a part of [the] board and helping to make this happen.”

GameDaily reached out to Fils-Aimé, but he had no comment beyond this tweet. Following the announcement of his appointment, the GameStop stock saw a substantial bump, signaling investors’ approval of the move.

For David Cole, analyst at DFC Intelligence, Fils-Aimé and GameStop is a logical partnership.

“Reggie was a bit of a celebrity among Nintendo fans. GameStop is all about customer loyalty and the user experience, so it seems like a good fit,” Cole told GameDaily.

Lewis Ward, research director of gaming at analyst group IDC, told GameDaily that Fils-Aimé’s experience and positive reputation make him a boon to GameStop’s board of directors. It also may signal an increased focus on the Nintendo Switch platform for the retailer.

“Reggie is a very thoughtful, savvy and respected industry vet, with a particularly deep background in marketing,” Ward explained. “It’s a good fit for GameStop since Switch buyers are also unusually likely to buy cards as opposed to digital games compared to PS4 or Xbox One buyers. I’m sure part of [the] hope here on GameStop’s part [is] that Reggie’s board involvement will help lead to more Switch and Switch Lite hardware and software sales going through GameStop versus other channels. That takes both marketing and strategic or competitive channel plan development and execution and Reggie has a track record of delivering on both fronts.”

Fils-Aimé is being joined on the board by two other new directors: former Walmart CEO William Simon, and current PetsMart CEO James Symancyk. The three are stepping in following the departure of Dan DeMatteo, Gerald Szczepanski, Larry Zilavy, and Steve Koonin from the GameStop board.

“Walmart has been pushing hard on a digital front for years, so while I don’t know the new board member, I assume an understanding of how to manage the transition from a physical store towards more digital sales was part of the thinking. PetSmart is a bit of a head-scratcher to be honest, but I buy my fish and aquarium stuff there,” Ward said of the other appointees.

“PetSmart does sell a massive variety of things, and so perhaps GameStop will branch out a bit into gamer culture and try to sell other things gamers want beyond the hardware, accessories and games, but that’s just a guess. It [could also just] be more about operational expertise or backend infrastructure planning or simply workforce management expertise.”

In a Twitter thread, business writer and former GameDaily contributor Mike Futter guessed that this is yet another attempt by GameStop to make itself attractive to potential buyers. He also pointed out that the new directors boast a fair bit of retail experience.

“If anything, it tells me that GameStop is embracing the fact they have no freaking clue how to save the company,” Futter tweeted. “Reggie and the others bring industry and retail experience. I still think GameStop is trying to pretty itself up to make another run at selling itself. Directors are often compensated in part or in whole in equity. This is smart, because it gives directors a vested interest in the success of the company. It also means that if a sale goes through, directors stand to gain quite a bit.”

Futter also noted that, historically, directors of large companies typically do not have much in the way of day-to-day duties. Instead, their role is to guide the business from a broader perspective, to provide direction without getting caught up in the weeds of logistics and hands-on management.

In a December interview with GameDaily, Fils-Aimé expressed that if he were to ever join a large company again, it would be in an advisory role such as this.

“I was fortunate that right after my retirement, a company outside of the gaming space contacted me to run a large part of the company,” he said. “This is a 10 plus billion dollar business... the growth vehicle for this company. And it forced me early on to think deeply [about] whether I wanted to be back in a 24/7 role, hands-on, running something versus being more in this advisory and consulting role. It's firmly reinforced for me that I want to be in the advisory and consulting role versus running another business. If I wanted to continue running a business, I would have done that.”

For Michael Pachter, analyst at Wedbush Securities, it’s not likely that GameStop is aiming to sell.

“Although the new GameStop management team is deeply experienced, they are not from the games industry per se,” he told GameDaily. “I think Reggie provides a perspective that can help the management team. Who knows if it will work, but the intent is clearly a better future. The company is in a good position to thrive when new consoles launch later this year, so I don’t see them positioning to be sold.”

For the last few quarters, GameStop executives have used the impending console transition to explain the company’s poor performance and remain optimistic about a bounceback. This is an outlook shared by Cole, but the company will need to make some significant changes beyond anticipating new hardware.

“There is a lot that can be done with GameStop,” Cole explained. “The current wait for new systems and people staying in because of coronavirus are hopefully short-term drags on the business. Long-term, of course, movement to digital is inevitable. But even in a digital world GameStop can serve as a hub for gamers. The social nature of gaming and GameStop's large user base need to be tapped. I think these moves are all about how the company reinvents itself at a time when the market has completely given up on them.”

For Ward, bringing Fils-Aimé aboard is less about turning GameStop’s business around and more about slowing the company’s decline. The current gaming landscape is simply ill-suited for a physical retailer.

“In terms of turning things around I think these board member changes are more about slowing the bleeding at this point. I’ve said it before and I’ll say it again, the future of GameStop is in gamers’ hands ultimately, and the younger generation is simply more comfortable with all-digital buying than older gen gamers (like me!),” Ward said. “It just so happens that game developers and publishers also want to see gaming go all-digital since they typically make a higher profit margin per unit sold compared to packaged games.

“Developers and publishers haven’t ever been fans of the physical preowned console game market, and digital sales get rid of it. So I’m extremely dubious that GameStop will be able to turn all that around, but that doesn’t mean it can’t find a way to stay profitable for much of the 2020s if it comes up with a great strategy and gamers respond positively to it.”

On paper, GameStop and Fils-Aimé are an ideal match. But the waters have been perilous for the embattled retailer, and it’s going to take a lot to right the ship. Fils-Aimé brings with him years of experience, a sterling reputation, and a wealth of public good will, so he’s certainly well-equipped for the job. But GameStop may be beyond saving at this point. It will be interesting to see what kind of success the company can find with the launch of next-gen consoles under Fils-Aimé’s watchful eye.