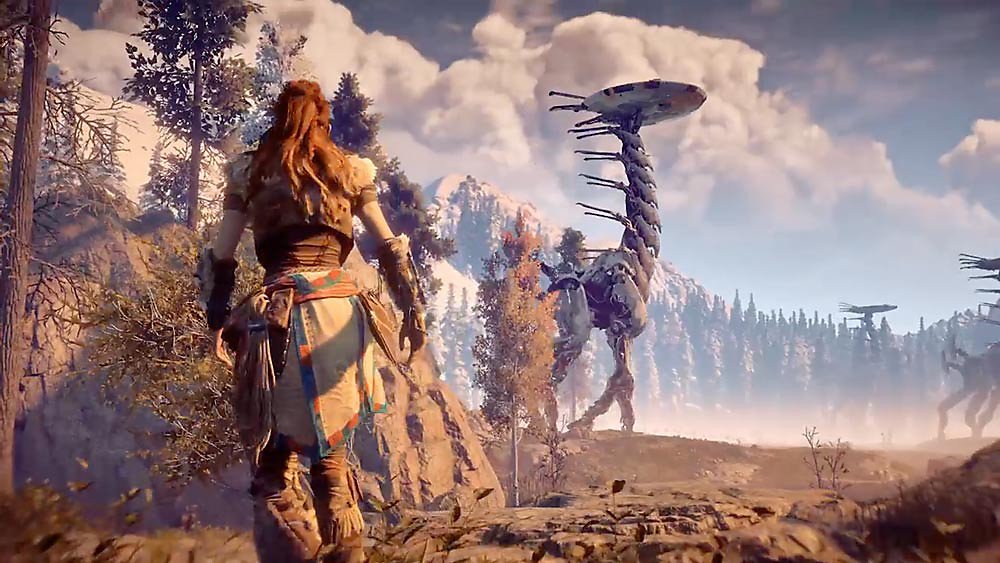 Back in January, it was reported that Sony would be bringing its hit title from Guerilla Games, Horizon Zero Dawn, to PCs. This week, former Guerilla Games boss and newly promoted head of Worldwide Studios at PlayStation, Hermen Hulst, confirmed that the game is headed to PCs this summer as part of a wider interview on the PlayStation blog.

He added that Guerilla’s new studio directors, Michiel van der Leeuw, JB van Beek, and Angie Smets would be sharing more information soon, and importantly, from a PlayStation business perspective, Hulst affirmed that while Sony does want to bring more fans into the PlayStation ecosystem, its priority will continue to be its own console.

“I think it’s important that we stay open to new ideas of how to introduce more people to PlayStation, and show people maybe what they’ve been missing out on,” he said.

“And to maybe put a few minds at ease, releasing one first-party AAA title to PC doesn’t necessarily mean that every game now will come to PC. In my mind, Horizon Zero Dawn was just a great fit in this particular instance. We don’t have plans for day and date [PC releases], and we remain 100% committed to dedicated hardware.”

Given the stronger push from Microsoft towards an ecosystem-driven business with Xbox Game Pass available on PC, it’s not surprising that Sony would also look to bring more of its portfolio to PC players over the long term. As Wedbush Securities analyst Michael Pachter told us in January, “I think with the advent of streaming services, it’s inevitable that console makers look for a life beyond consoles. It is smart to expand the market to PC (not a competitive threat) and perhaps to convert new PC customers to PSNow customers down the line. I think we’ll see a lot more of this.”

The first-party studio system remains a core strength for Sony’s PlayStation business, and it’s one of the key reasons that PS4 has done so well this generation, with more than 108 million hardware units sold along with over 1 billion software units. A strong portfolio and flow of content will be critical for the PS5 launching this upcoming holiday season, but Hulst and Sony are also cognizant of the fact that many fans are happy with their PS4 and the AAA content that’s just released (like Media Molecule’s Dreams), or that’s on the way this year, including Naughty Dog’s The Last of Us Part II and Sucker Punch’s Ghost of Tsushima.

Regarding the plans around PS5, which Sony still has yet to formally unveil, Hulst commented, “You know, these are the most exciting times when you develop on a [new] console. We are super hard at work at the moment… and honestly, I can’t wait to talk to you in more detail about that.”

He added, “...And we’re very committed to quality exclusives. And to strong narrative-driven, single-player games. At the same time, we’re going to be very open to experimentation, to new ideas. Just trying things out to see what works. I think that’s also very much part of the DNA of Worldwide Studios.”

The Xbox team has done a fairly good job in growing its own first-party studio system with 15 developers now on board, including inXile, Obsidian, Double Fine, Ninja Theory, and more, but the jury is still out on whether that’s enough to go toe-to-toe with Sony’s Worldwide Studios.

Kantan Games analyst Dr. Serkan Toto told us last month, “Series X, Game Pass, or xCloud all sound great, but I am very worried that Microsoft will not be able to close the gap to Sony with regards to first-party software support.” He added that titles like Spider-Man, Last Of Us, God Of War, and Death Stranding are “on another level than Hellblade.”

For Sony Worldwide Studios, which Xbox seems to be attempting to emulate in some ways, one of the keys has been a strong creative culture and a certain level of autonomy at each development studio.

“...we’ve got studios across the world from Sucker Punch in Seattle to Media Molecule in Guildford to Polyphony Digital in Tokyo. It’s truly global. And pretty much all of these teams started as independents,” Hulst remarked. “Typically they have their own identity, their own name, their own studio culture. But at the same time, they’re all very much part of this global network that is Worldwide Studios.”

At some point in the future, a mature cloud gaming infrastructure could transform the business. Whether or not the PS5 is Sony’s last console is debatable, but with Worldwide Studios’ content pipeline, the PlayStation business is well positioned to handle whatever platform the games ultimately get published on.