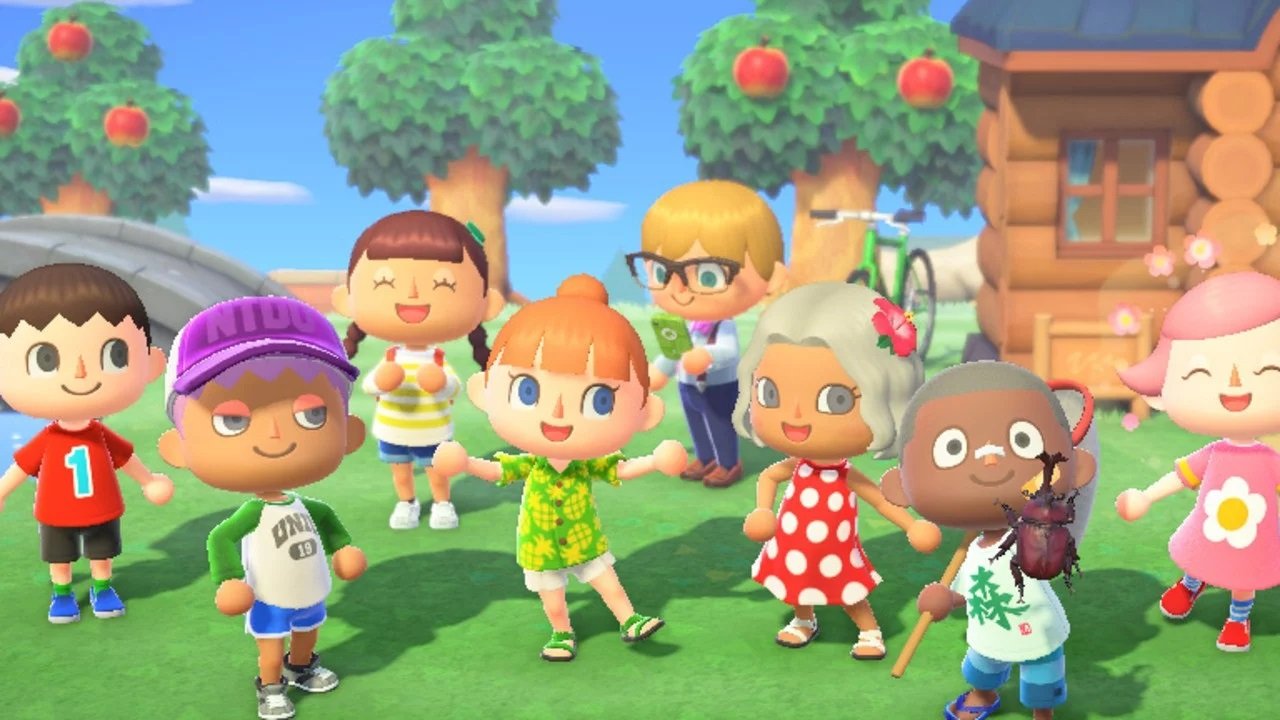 It’s hard to overstate just how highly-anticipated Animal Crossing: New Horizons is. Not only has it been nearly a decade since the last mainline Animal Crossing game (New Leaf launched on the Nintendo 3DS in 2012), New Horizons is releasing into a global crisis care of COVID-19. Many countries are on full lockdown, and mandated work-from-home programs are sweeping the globe. Add to that volatile economic and political landscapes, and demand for escapism of any kind is at an all-time high.

That’s not to say that New Horizons is the antidote for all of the world’s ills, but, according to critical consensus, it does provide a bit of a reprieve from the unwelcoming facade of real life. The concept is this: you are a new arrival on a deserted island, and it’s up to you to make what you want out of life here. You’ll build a home, meet other islanders, go fishing, plant trees, catch bugs, gather materials to craft furniture, and more. This entire package is wrapped up in a cute-as-buttons minimalist aesthetic.

New Horizons is enjoying near-universal praise thanks to its stress-free gameplay loop, but it's the real-world circumstances into which the game is releasing that makes it extra notable. For many, it provides a time capsule-esque snapshot of the world in 2020.

“Animal Crossing: New Horizons gives us all the best reason to quarantine ourselves and start a new life on a faraway island where all of our troubles disappear on the horizon, even just for a few serene moments of digital relaxation,” reviewer Paul Tamayo wrote in Kotaku’s review. “And yeah, in case you’re wondering--it’s excellent, and absolutely worth the hype.”

Tamayo praised the control New Horizons gives its players: control over NPC living locations, your house’s decor, and even the landscape of your island. Having control over something in this out-of-control world, Tamayo said, is freeing.

For Polygon’s Russ Frushtick, New Horizons serves as a sort of ad hoc vacation in a time when travelling is discouraged.

“If ever there were a time to hop on a plane and kick it on a deserted island for a few months, it’s right now,” Frushtick wrote in the review. “But that’s not really an option for most of us. Maybe this is why so many people have been looking forward to the newest Animal Crossing game, seeing it as a viable vacation simulation in the face of self-imposed isolation.”

“New Horizons makes enormous changes to the island construction process, putting me in complete control over every major decision. I decide the location of the housing plot for every new villager, before they even move in. I decide where the museum and the shop will be built. If I don’t like where I placed my house initially, I can move it for a modest fee.”

At Launcher, the Washington Post’s video game vertical, reviewer Elise Favis noted the transformative nature of the game and the harmonious mingling of man-made structures with nature.

“Bridges form over rivers, shops pop up, homes receive renovations and the town center is filled with fountains and stalls--some of which are handmade by you. Seeing these advancements throughout your island is rewarding: A bare plot of land is now humming with life.”

If there’s any downside to New Horizons, it can be found in the game’s multiplayer functionality. While you can visit friends’ islands, Favis said that it’s somewhat restrictive. While in another person’s game, you can’t collect bugs or flowers, you’re often forced to stop any and all activity while the host is accessing menus.

There are also some thematic considerations to be made, according to Vice’s Gita Jackson. The core concept of arriving to a new land and stripping it for resources reeks of colonialism, Jackson said, which is exacerbated by the ability to travel to randomly generated islands ripe with natural resources via an in-game currency called Nook Miles.

“Because the Nook Miles ticket islands are essentially disposable--you're not going to face any repercussions from destroying all the rocks and cutting down all the trees--I would just go to these islands and demolish them,” Jackson wrote. “It felt purely mercenary; it became something I would do as I watched reality television, which is how I handle the boredom of most other chores. I would pick every flower, chop every tree, hit every rock, collect every bug and fish. Devastation laid in my wake. It was like a cutesy cartoon version of what happened as European explorers ventured out into Asia, Africa and the Americas. They took everything.”

In addition to providing players with the means to escape from the world, New Horizons also represents a much-needed first-party boost for Nintendo. Recent months have seen a dip in video game sales, Switch hardware included. The last major first-party release was Pokémon Sword and Shield, which propelled the console to its most lucrative week ever. With a relatively light future release slate, and an unknown production schedule for the Switch thanks to COVID-19-driven supply chain issues, Nintendo has a lot riding on New Horizons.

If you can look past the limiting multiplayer, and the unfortunate connotations associated with squeezing a natural utopia of all of its resources, it appears that Animal Crossing: New Horizons is a trip worth taking. For most reviewers, it’s a timely release, an escape during a time when we all could stand to get away from the stifling nature of the virus-ravaged geopolitical landscape. And in the end isn’t that one of the reasons we play video games?