GDC 2020: How game development takes its toll on mental health 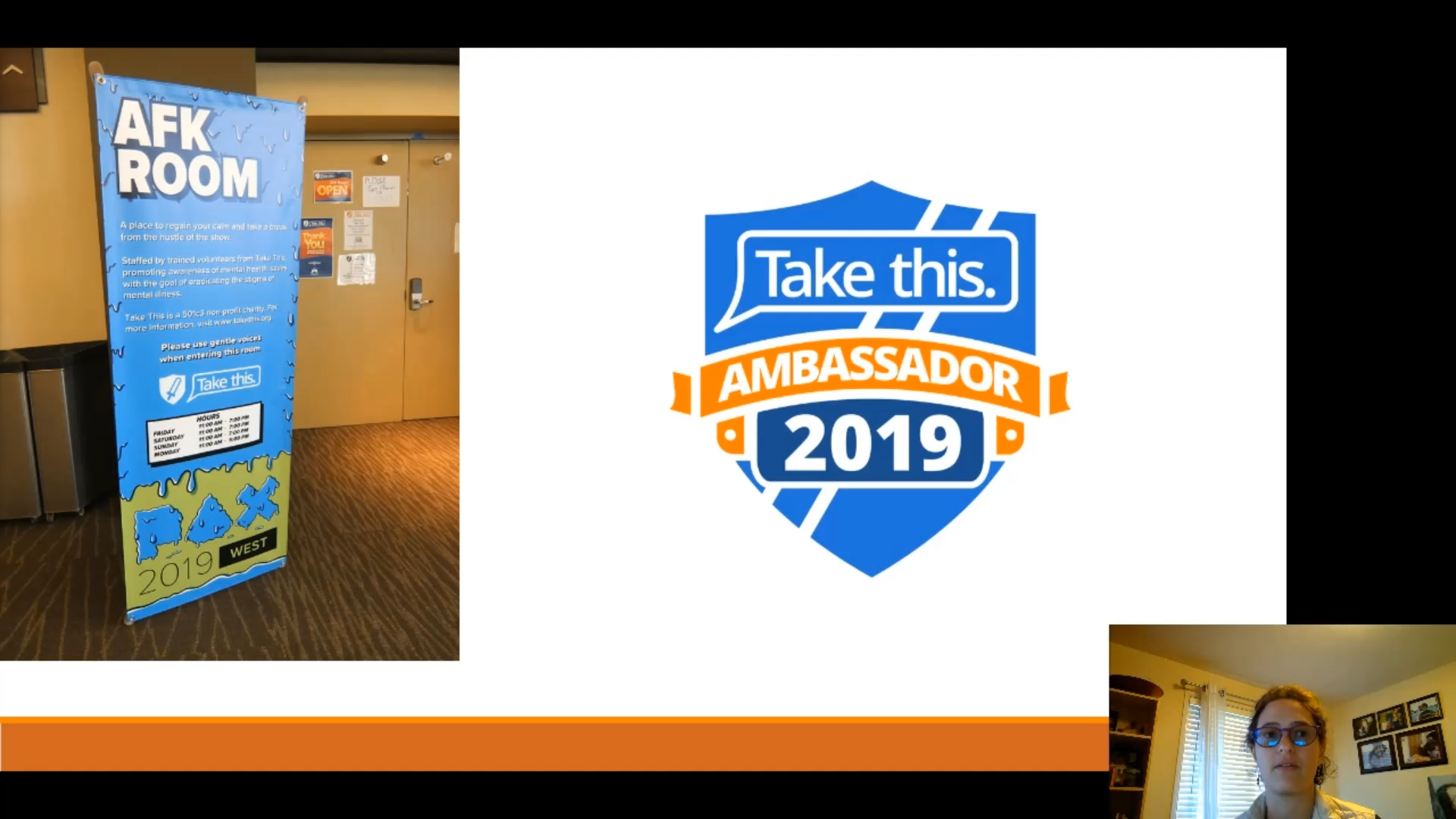 It’s no secret that the games industry can exact a hefty toll on the mental health of its workers. Severe crunch and harassment are constant threats to the psychological well-being of those who earn a living making video games. Addressing this historical issue was the topic of a GDC talk from Eve Crevoshay, executive director of Take This, an organization aimed at building a healthy work environment for game developers.

“Take This was founded in 2012, and since then has expanded from a website with robust resources on mental health...to include a streaming ambassador program for people who talk about mental health in supportive and valid ways online, and research programs, and industry training and support services.” Crevoshay explained.

Take This also runs the AFK Room at most major industry shows. It’s a quiet, calm room where show-goers can escape the bustle of the floor and chat with “clinical and non-clinical volunteers,” Crevoshay said.

Above all, though, Take This emphasizes that “it’s ok not to be okay.” According to the presentation, 50% of people experience a mental health challenge in their lifetime, making it exceedingly common. Crevoshay said that the stress of game development compounds such issues, which leads to reduced morale for dev teams. There are financial reasons to address mental health in the industry, too--Take This estimates that depression directly and indirectly leads to $23 billion in losses annually.

Crevoshay said that the games industry has a number of baked-in issues that make it hard to address mental health problems. The practice of crunch is an obvious inclusion, but beyond this well-documented dilemma, there are a couple of other under-discussed characteristics that contribute to poor morale. For example, the concept of secrecy in the business is a big issue. Many workers are contractually prohibited from discussing their work, whether it’s announced games or canceled projects. This, Crevoshay said, makes it nearly impossible for individuals to openly talk about their stressors.

“A lot of people who make games have trouble being able to talk about what their skills are and what their experience is,” Crevoshay explained. “That means that we lose access to a lot of people who otherwise would be really qualified to provide great services to game companies.”

Another compounding factor is the idea that creators can justify nearly anything in the pursuit of their passion. Crevoshay called this the “auteurs” myth of game development, the idea that long hours and strains on mental health are okay when incurred while working on their art.

“You can do anything in service of passion, and it’s okay because you care about the game,” she said. “But when you use passion in that way, and you kind of weaponize it, you end up abusing yourself and others, and using it as an excuse to do careless and uncomfortable and inappropriate things. And so passion is a really dangerous myth.”

For Crevoshay, addressing mental health in game development begins with leadership. It’s up to folks in leadership positions to recognize stressors and be aware of the morale of their teams. This is a lot of pressure for leaders, though, which in itself is a form of mental health stress.

“Culture change in companies starts at the top. Full stop,” Crevoshay said. “Leaders need support for that, especially because leadership can be very lonely. And especially in a secrecy-driven industry like games. Isolation can be really profound.”

To that end, Take This recommends a number of ways to overcome this issue, including opportunities for gathering in person outside of trade shows and conventions, mentoring programs for first-time executives, and building a culture of mutual sharing and support.

Another method to combat mental health problems is for companies to increase their diversity efforts. According to Crevoshay, there is a strong correlation between profits and a studio’s gender, ethnic, and religious makeup. Increased diversity begets innovation and reduces the perils of groupthink, a symptom of a homogeneous work environment. Crevoshay stressed that diversity doesn’t just “happen,” though, and requires significant consideration from those in leadership positions.

It’s also important for the industry at large to acknowledge why we play video games in the first place. Games are fun and can provide escapism. They can help us build skills, and provide a method of social interaction, which Crevoshay acknowledged is more important than ever thanks to the ongoing COVID-19 crisis.

“We are in a time of stress right now,” she said. “Here I am not at GDC, not giving this talk in a room to lots of other people.”

One of the most prominent stressors in game development is online harassment. Hurtful messages from strangers on the internet is a harmful and unfortunate reality of the world we live in. For that reason, Crevoshay recommends that people stop responding at all to harassers online. Doing so will help take away momentum from trolls.

From a macro perspective, Crevoshay said that the industry is ready to address mental health issues, but it lacks the means to do so. This is where Take This and similar organizations come in. Crevoshay acknowledged that change is hard, but it is becoming increasingly necessary. As game development becomes more involved, it will become more stressful.