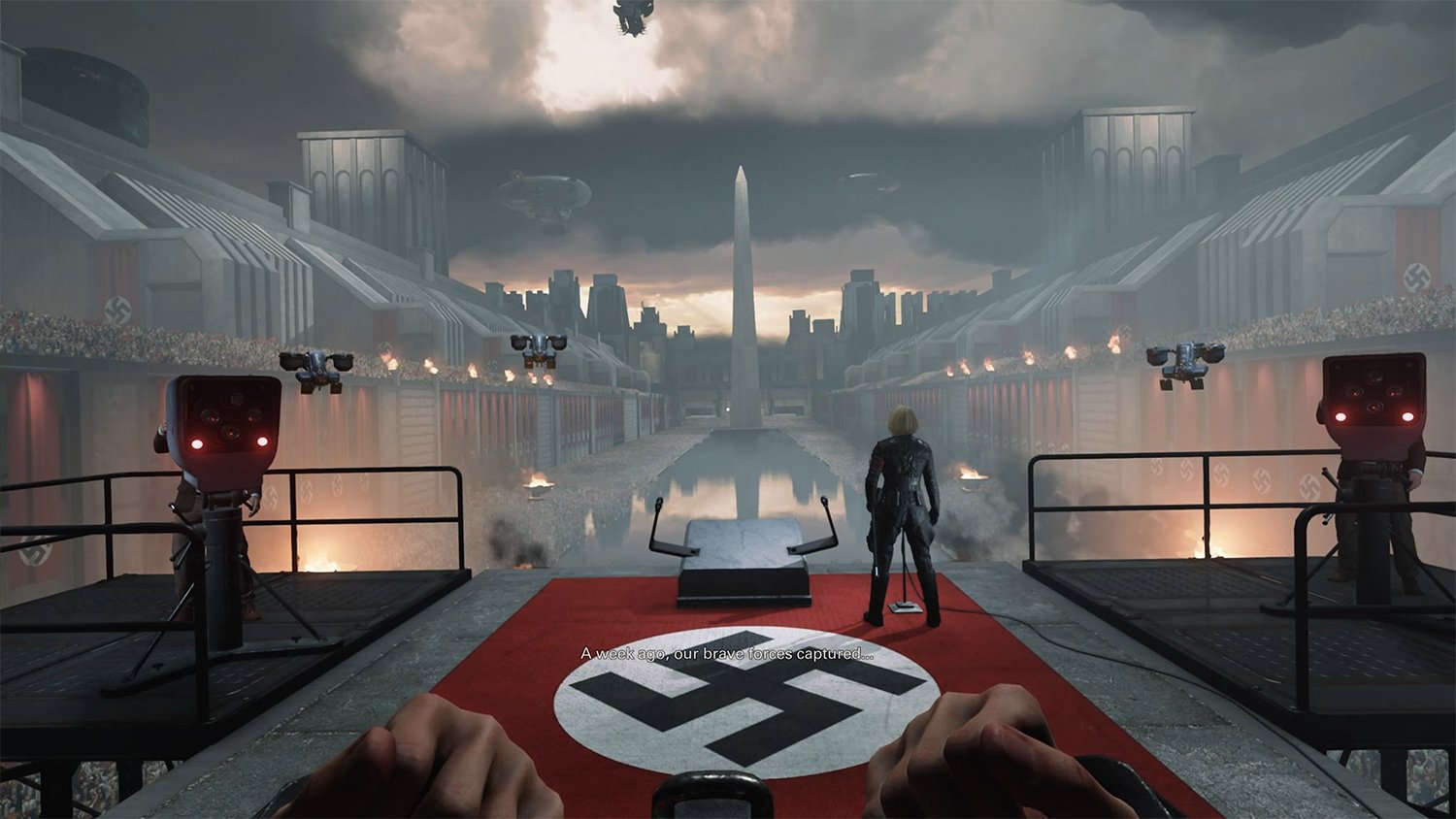 For years, Germany has implemented a strict policy against any depictions of Nazi era iconography. While German law allows for games to be just as violent, crass, or controversial as they are in America, the removal of Nazi symbols and acts has meant that games like Wolfenstein: The New Colossus see their story and artwork dramatically altered. This means no Swastikas, no Hitler salutes, and funny enough, Hitler’s mustache was also removed. Not so anymore.

Game, an organization that acts much like the U.S.’s Entertainment Software Association, announced that the German government will allow the USK (the German equivalent to the ESRB) to assign age ratings to games that include depictions of “symbols of unconstitutional organizations.” The German Strafgesetzbuch section 86a, or “Criminal Code,” previously did not allow the use of Nazi flags, insignias, clothing, slogans, or greetings unless it was in the context of art, science, research, or education. That context previously did not extend to video games, seemingly for the same reasons video games have always been regarded as a more influential art form: their interactivity.

For organizations like Game, it’s a huge moment in artistic freedom.

"It's two things," Felix Falk, managing director of Game said in an interview with GamesIndustry.biz, when asked what lead to German authorities lifting the ban. "One is the legal perception of it. The second is the perception of games in society, and there we have taken huge steps. Right now, in Germany, the discussion around the potential of games is much more open than in other countries, which have been ahead in the last years.”

If the whole “assign an age rating” thing confuses you, think of it like the ESRB’s system and how retailers use it. Wal-Mart will never sell a game that’s rated higher than “M for Mature.” The adults-only “AO” rating is effectively a retail death sentence. Grand Theft Auto: San Andreas was briefly rated AO after the discovery of an unfinished mini-game involving nudity and sexual activity was discovered, resulting in it being pulled off of shelves until the content could be patched out. Nazi iconography in Germany was effectively the same death sentence as pornographic nudity in games.

This doesn’t mean that all games with Nazi symbols will be allowed through, however — just that they’ll be rated as fairly as anything else. The USK will determine if each individual game meets the “social adequacy” clause found in the Strafgesetzbuch, indicating that each game will have to make a case that it promotes the aforementioned art, research, or education.

The previous Wolfenstein game, The New Order, also experienced the same censorship in Germany. The Nazis were referred to as “The Regime.”

"It's our responsibility in Germany to have a very serious and careful look on this part of our history,” Falk said to GamesIndustry.biz. “The law still says, and will for many years say, that flooding the market with Nazi symbols is not something we want - it's forbidden... There will always be a discussion, and a discussion in society, about where the limitations are."

Bethesda has yet to comment on whether or not the change in German law will affect the current Wolfenstein games. A new Wolfenstein DLC adventure, tilted Wolfenstein: Youngblood, will release in 2019, and features protagonist BJ Blazkowicz’s twin daughters fighting to liberate a Nazi-occupied France in the 1980s.

GameDaily has reached out to Bethesda for comment, and will update the story as necessary.