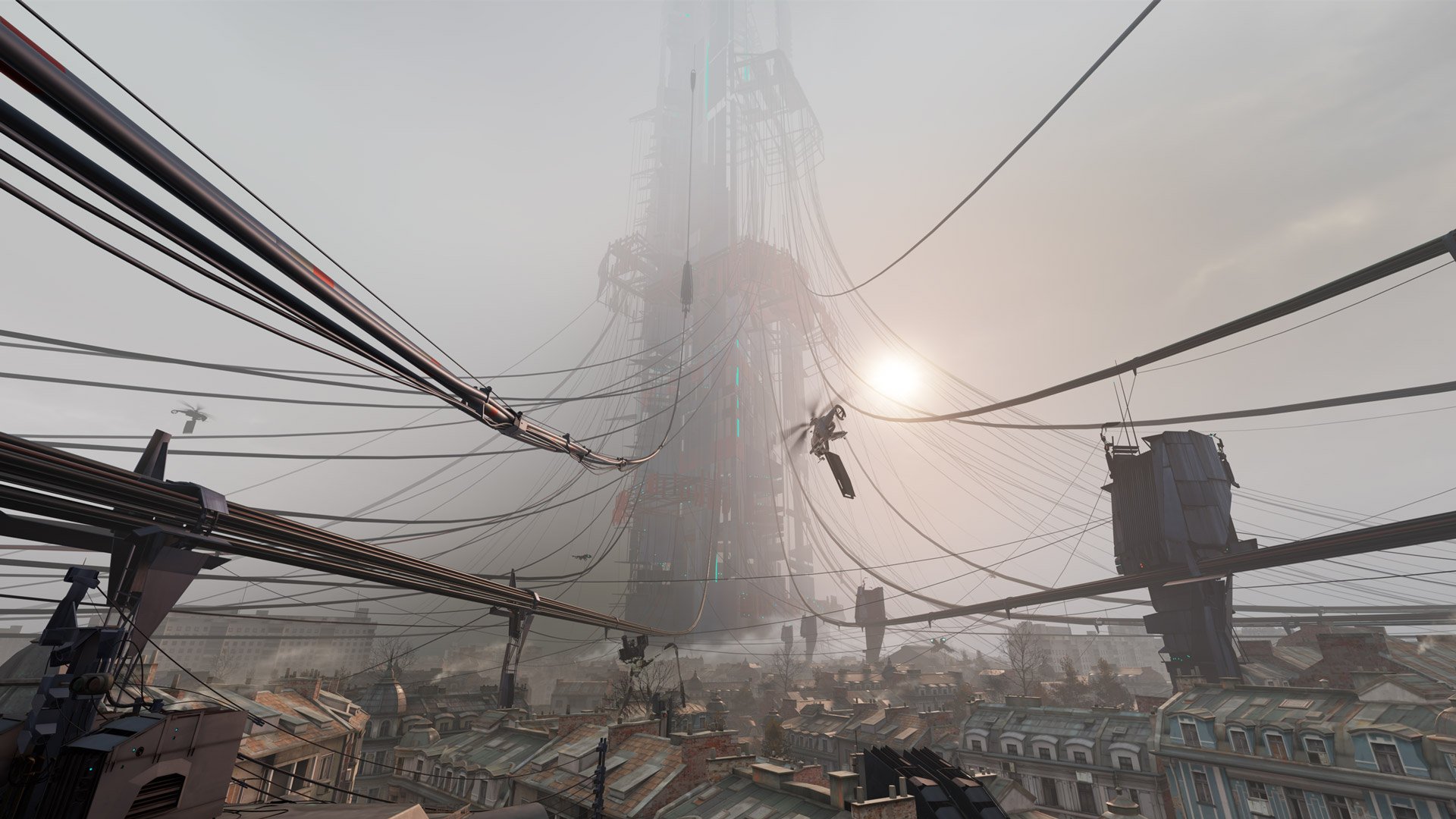 It’s been 13 years since the last release in the Half-Life series, and in that time the non-existent Half-Life 3 has become something of an internet-wide in-joke. When Valve announced last November that a new entry in the series was coming, nobody could have predicted that it would be exclusive to virtual reality hardware.

Ahead of Alyx’s release, some analysts remarked that it could become a flagship VR title that moves hardware for years to come, and help propel VR into the mainstream. The series’ pedigree and almost mythical reputation certainly make a strong case in that regard. According to a report from GamesIndustry.biz, Alyx appears to have made a big initial impact on Steam; 43,000 concurrent Alyx players represents a major success in terms of VR usership.

Many are still skeptical, though, including Mat Piscatella, executive director of games at analyst firm NPD Group. On Twitter, Piscatella was unimpressed with Alyx’s numbers, and said that Valve missed a big opportunity by limiting the game to VR.

“Half-Life: Alyx. 19k current players. 238k current Twitch viewers. Meh,” he said. “Obvious huge interest for a new Half-Life game. Wasted market opportunity to put it on VR. Oh well, good for those few that will play it. Also...one can recognize a game on a new or niche platform as being innovative, cutting edge and/or groundbreaking while also noting that not being on mass market platforms is a missed sales [opportunity]. In fact it's quite difficult to be the first without being the second.”

Critically, Alyx has garnered a great deal of praise from the majority of reviewers, even if it has some problems to contend with.

“The game is fighting VR’s inherent hardware limits, a pandemic-related headset shortage, and the difficulty of building a game for a new platform,” Adi Robertson wrote in The Verge’s review. “While it’s about as long as the landmark Half-Life 2, with my game clocking in at 15 hours, it doesn’t feel as big or as narratively and mechanically fresh. It advances the series’s main plot, but it doesn’t come close to resolving it.”

At USgamer, reviewer Mathew Olson was glad to jump back into the world of Half-Life.

“Just as Half-Life: Alyx proves that Gordon Freeman is not the center of its universe, it left me with the sense that Half-Life doesn't need to be the only champion of its design tradition,” Olson wrote. “After playing it, I'm not just hungry for more Half-Life or for more triple-A VR experiences. Alyx is the best single-player FPS campaign of its kind in years, and I hope it sparks the kinds of inspiration and jealousy that will lead to many more like it.”

From a technical standpoint, Alyx appears to be a triumph of VR design, even if it requires some suspension of disbelief.

“You as Alyx must then proceed through City 17, learning the basics of VR traversal while also seeing the Combine's rising panic play out in the nearby environs,” reviewer Sam Machkovech wrote for Ars Technica. “You need to pull one door's handle to open it, which you do by physically lifting your real-life hand so that your VR hand meets the VR door handle. Hold a trigger, turn your wrist, and push or pull the door. It's... a door. Another door is already open and just needs a push of the hand.”

Needing an in-game tutorial to open a door, Machkovech said, certainly feels silly, but it’s necessary in the VR landscape. Many developers have struggled to toe the line between immersion and hand-holding.

“If this seems silly, you haven't seen how many VR games have struggled to make this basic architectural standard work,” Machkovech said. “A lot of work went into one of the most immersive things you can add to a building in VR: a freaking door. You're also quickly introduced to concepts like tapping elevator buttons or grabbing larger doors and opening them minivan-style. Simple and obvious enough.”

Eventually, things ramp up, and players will be engaging in firefights while manipulating environmental elements all via hand gestures and head movement. Thanks to the inherent limitations of VR, movement and gunplay is slower paced than many FPS fans will be used to, but Alyx appears to have been built around these limitations rather than against them. The result, Machkovech said, is an immersive and engrossing experience.

Lewis Ward, research director of gaming at analyst group IDC, said that Valve’s doubling down on VR tech may just be a turning point for the medium.

“Valve doesn’t always knock it out of the park (see Artifact), but as a studio its batting average is very solid,” Ward told GameDaily. “Sounds to me like they went deep on VR and have made a lot of good choices and produced a game that’s worthy of being in the Half-Life canon and that’s got a lot of polish and detail. I think this could be a moment that’s viewed in retrospect as a key step in the shift from VR being viewed as the red-headed stepchild of gaming into an important, distinct medium for interactive storytelling and entertainment.”

Despite the praise and impressive concurrent player count Alyx is enjoying on Steam, some analysts remain skeptical that it will launch VR into the mainstream.

“I still would not bet on Half-Life: Alyx pushing immersive gaming VR any more out of the enthusiast niche in which it currently resides, nor do I see it encouraging significant mass market adoption,” Piscatella told GameDaily via email. “And perhaps it doesn't need to. Increased adoption and enthusiasm from this core niche segment might be good enough, particularly in the current market environment.”

Piscatella said that while some core gaming enthusiasts will buy a VR headset for Alyx, it’s unlikely that this will lead to more widespread adoption.

“The challenges around cost, physical space requirements, motion sickness, other available content, the undivided attention VR play requires, etc, still exist. These are fundamental challenges with immersive VR gaming as a whole when it comes to mainstream adoption, and one game will certainly not overcome them.”

For now, Piscatella predicted that VR will remain an enthusiast niche for the foreseeable future. That doesn’t necessarily mean that it can’t be successful and profitable; it’s just the metrics for success and profit are different for VR than for traditional games. One game, Piscatella said, cannot overcome the challenges faced by the VR market, and it shouldn’t be expected to.

Still, by and large, Half-Life: Alyx represents a new benchmark for VR popularity. The long-term impact remains to be seen, but right now VR is enjoying a moment of increased engagement and discussion. It will be interesting to follow the trends and see if Alyx can lay a foundation for increased buy-in.