Official Xbox Magazine has been closed down 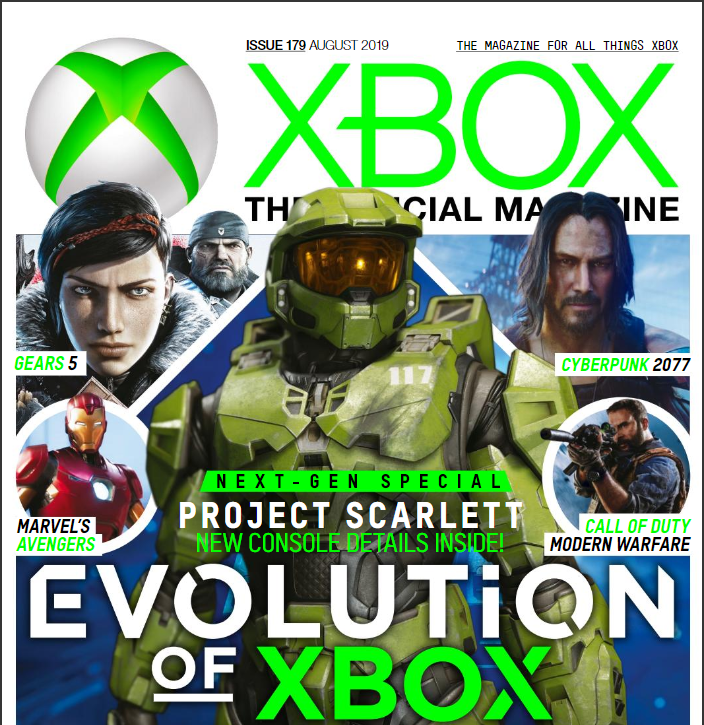 After nearly two decades, Official Xbox Magazine has been shut down. The news broke via Eurogamer, who noted that OXM is just one of six Future-owned print magazines closing up shop. Reportedly, the OXM staff was laid off last week.

“Obviously it’s sad news and I particularly feel for the staff members that will have lost jobs in these incredibly difficult times,” Rob Smith, former editor-in-chief of OXM told GameDaily via email. “OXM for me was an incredible experience both professionally and personally working with an incredible team.”

Smith, who was with OXM for nearly three years in the early 2000s, said that he joined the magazine during the build-up to the Xbox 360, and that his team was among the first to officially announce the console.

“We were first in when Microsoft officially unveiled Xbox 360 to the press; we were the first to review Halo 2; and we had the demo disc that Dave Rees and his team worked tirelessly to be more than just demos.”

Ryan McCaffrey, currently an executive editor at IGN, spent nearly a decade at OXM. On Twitter, he talked a bit about his time at the magazine.

"We had VERY little turnover in my 9.5 yrs there, which I think speaks to what a special group of people it was," McCaffrey said.

"I remember the excitement ahead of the 360 launch. We were pre-briefed on EVERYTHING months in advance (remember those magazine lead times?). Per our contract with Microsoft our team had to be locked away to protect the secrets; a wall was built around our area. I remember when I first got there and had never played an FPS on a gamepad. Every day at 5pm, someone...turned on their Xbox and you heard the familiar Halo boot-up sounds. Work stopped, Halo started. CTF on Blood Gulch, all vehicles on."

The closure of OXM is representative of the financial troubles Future is currently experiencing. In a statement, a spokesperson said that the publisher is being forced to make adjustments to its business in the face of the coronavirus scare.

"Like many organisations right now, we find ourselves being forced into making difficult decisions," a Future spokesperson said in a statement. "We have a duty of care to all our staff during this time and our focus is on protecting the business for them and for our customers. We have introduced a raft of measures to keep the numbers of lay-offs to an absolute minimum, including significant pay cuts for our Executive Team and Board. Whilst the decline in retail footfall impacts our magazine business, we are well placed with significant digital audiences and diversified revenues to continue delivering on our customers' changing needs at this time."

Future has been employing drastic measures to address financial uncertainty in the face of the ongoing COVID-19 pandemic. Last week, in addition to closing up OXM, the company let go a number of workers across all major sectors of its business, and announced major cuts to its freelance budget. The Future Workers Union called these moves irresponsible in such conditions.

“Responding to dips in company valuation and other economic headwinds associated with the COVID-19 crisis, management has decided to lay off 15% of the essential employees in our bargaining unit,” the union said in a statement. “ These workers are each a critical element of their already-threadbare teams. Without them, we do not have confidence in our publications’ capacities to properly operate, or for this company to recover from this crisis. Management is taking this drastic step even as they assure investors that cash flow remains strong and the company remains profitable, euphemistically referring to the layoffs as ‘profit protection measures.’”

As Eurogamer noted, the closure of OXM comes in a year when Microsoft’s next Xbox console is set to launch. OXM debuted alongside the original Xbox in 2001 and has since been a go-to publication for fans of the console.

“I understand that Future has to make very tough decisions in the economic climate, even without the crisis the entire planet is currently experiencing,” Smith said. “And in the year of a new console launch, it’s particularly sad that there won’t be the print voice there to champion the system and reflect the fans’ enthusiasm.”

Smith, who now works in the field of consulting, lamented the decline of print media, and was impressed that OXM lasted as long as it did as a physical publication.

“Having worked in print for 17 years I miss seeing the craft of magazine creation,” he said. “Maybe, like vinyl, there will be a print renaissance somewhere in the future, but it’s hard to see that happening with the economics being what they are now. Though there’s always something more authoritative about seeing a story in print. It’s understood that it must have been read, questioned, poked, prodded, and tweaked by several people before publication. An art director gave thought to its visual style. It was proofed and printed—a significant undertaking that wouldn’t be done for any old gibberish.”

The finite amount of space, Smith said, also meant that the content on each page had to be carefully managed, meaning that the editors were really curating content for the audience in a very precise manner.

The shuttering of OXM is disappointing for many reasons. It’s easy to lament the decline of print journalism, but watching good writers lose work is much more frustrating. The fall of physical media has been apparent for some time now, and the coronavirus pandemic could be the final nail in the coffin for a number of once-prominent publications. Hopefully all the talented writers who have been displaced will find work as soon as possible.