Call of Duty allowed to include Humvees, as court rules in favor of Activision in trademark case 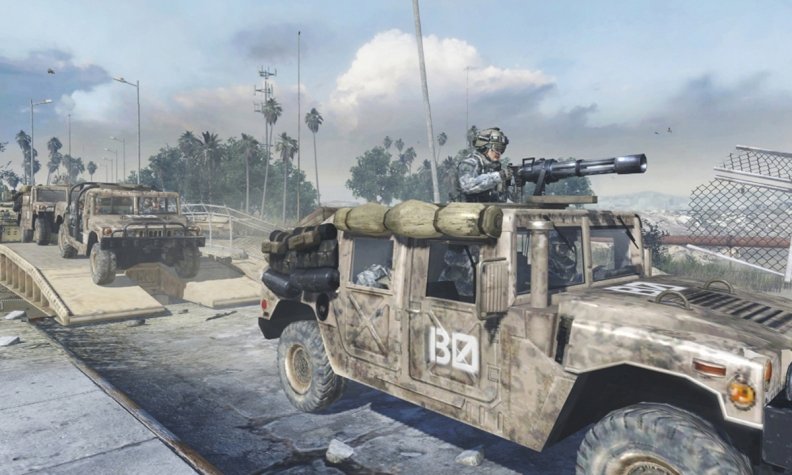 In 2017, AM General, the automotive manufacturer behind the Humvee brand, filed a lawsuit against Activision Blizzard over the supposed misuse of the vehicle in the Call of Duty franchise. The charges presented by AM General lawyers alleged that Activision used the Humvee brand in its video games without express permission. Now, three years later, a New York judge has ruled in favor of the publisher on the grounds that the presence of Humvee-style vehicles helps create a realistic depiction of modern warfare.

"Both parties agree that at least 'some of the vehicles' in the Call of Duty games are representative of those that a real-life soldier would expect to see in the time and place depicted," US District Court Judge George B. Daniels wrote in a summary judgement. "Both parties also agree that US and foreign militaries use Humvees in operations around the world. If realism is an artistic goal, then the presence in modern warfare games of vehicles employed by actual militaries undoubtedly furthers that goal."

In the original 2017 filing, AM General asserts that Acitivison has seen billions of dollars in profit while utilizing the Humvee trademark without permission. Numbers-wise, it’s impossible to deny the financial juggernaut that Call of Duty has become. In January, when analyst firm NPD Group released its games of the decade list, the franchise snagged 10 of the top 15 highest-grossing spots.

Regardless, New York courts have ruled in favor of Activision. The case is curious because, on the surface, it seems like Activision would require AM General’s permission to use the Humvee design and avoid trademark infringement, but according to attorney Richard Hoeg of Hoeg Law in Michigan, this may not necessarily be true.

“My sense is that this decision is broadly correct, though it will undoubtedly be appealed,” Hoeg told GameDaily. “It’s important to remember that the foundational meaning of trademark is to provide a trademark owner with the ability to inform consumers as to the source of goods. So in artistic works, much of what could be problematic confusion resulting from the invocation of a brand name -- or, as here, the brand’s ‘trade dress’ -- falls away.”

In other words, the two parties have radically different businesses. On one hand, Activision Blizzard makes video games, while AM General trades in motor vehicles. Hoeg said that in cases such as this, the law abides any resultant confusion for the sake of allowing artistic work vis-à-vis free speech and the First Amendment.

“A useful comparison point is the presently pending case that Chose Your Own Adventure has against Netflix,” Hoeg explained. “In that case, Netflix has argued that it is invoking the name of the brand for artistic reasons, and, in my opinion, they will likely ultimately win on those grounds. But whereas in this case, the judge has thrown out the Humvee manufacturer’s claims, Choose Your Own Adventure survived summary dismissal (and earned the wrath of Netflix).”

Hoeg said that in that case, the judge held that the nature of the Bandersnatch episode of Black Mirror could potentially be seen as a kind of “choose your own adventure” in its own right, which could lead to confusion in a similar way to the Humvee/Call of Duty case.

The nature of IP law is always a bit muddy, Hoeg said, but references to other company’s trademarks are generally acceptable as long as the referencing party does not confuse the source material.

“A Pepsi commercial can call out Coke. A documentary in Times Square can capture all of the ads,” he continued. “It’s ultimately whether or not the sourcing could be confused that carries the day, and where there are artistic reasons for inclusion, the law puts its thumb on the scale in favor of allowing the trademark use, even more.”

Trademark law is certainly a touchy subject, and the court’s ruling in this case seems counterintuitive, at least on the surface level. But matters of art and the First Amendment will always be open to interpretation. In this case, at least, it seems that artistic integrity trumps trademark law.