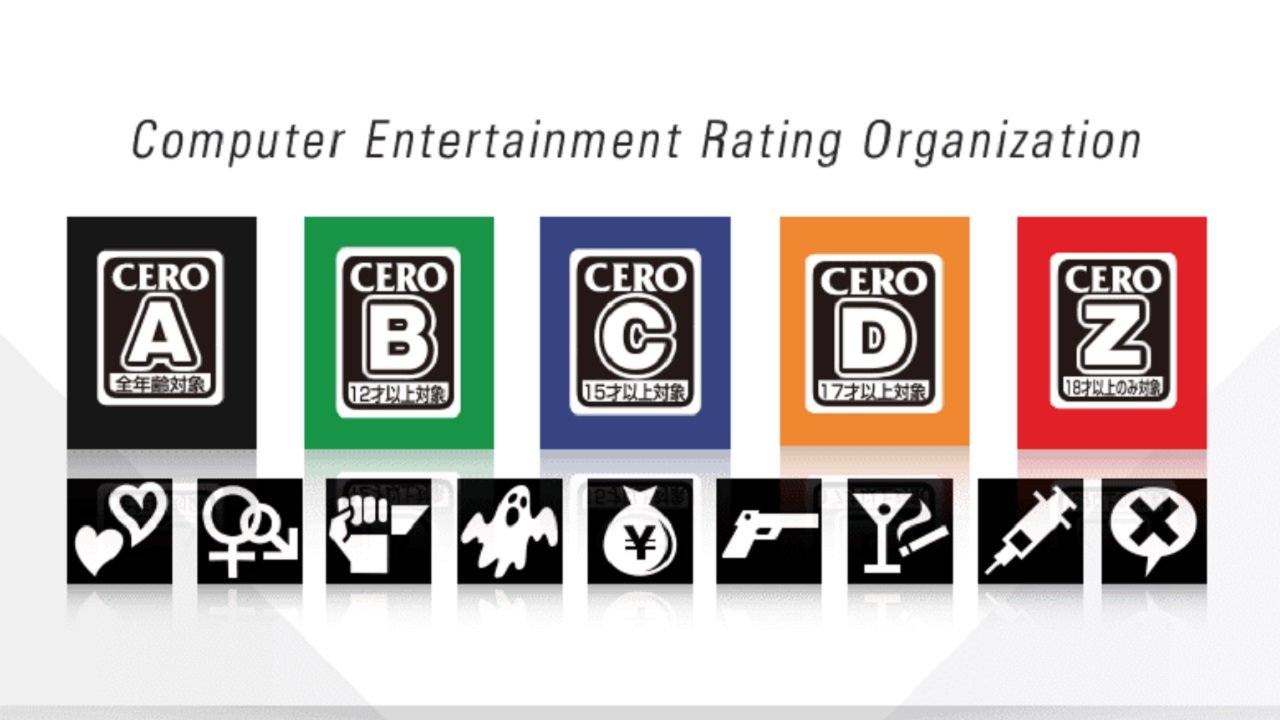 Japan’s Computer Entertainment Rating Organization (CERO) has officially announced that it’s suspending its reviews process due to the COVID-19 pandemic. With the Japanese government having declared a state of emergency, in which the governor of Tokyo has asked people to stay inside until May 6, CERO has issued a notice of temporary closure.

“Since reviewers visit our office to conduct review[s], it is not possible for our staff and reviewer[s] to work from home,” the organization said. “For this reason, all operations, including review (including those under review), will be suspended from today until May 6. All staff will be on standby at home, and the office will be closed during this time. We will announce the resumption of business on our website. We sincerely apologize for any inconvenience this may cause you, and thank you for your understanding.”

The inconvenience is no small one for video game publishers in Japan. Without a rating, a console/PC game cannot be sold, and the longer this goes on, the worse it is for the Japanese games industry.

“This is bad and not a small hiccup,” Kantan Games analyst Dr. Serkan Toto emphasized to GameDaily. “Nobody can sell a video game in Japan without a CERO rating, so this means titles that haven't received one yet will get pushed back by at least one month. The freeze can also be extended, but that is pure speculation right now.”

One might think that CERO would be able to transition its employees to work from home, as much of the world has been forced to do amid the pandemic, but Toto said that there are many companies in Japan that just aren’t prepared for remote work yet.

“It's theoretically possible that the organization will have switched to telework [as the freeze goes on], but I am not surprised about this announcement at all. Many companies in Japan are either not structured to allow for remote work (even though it would be possible in principle) or are simply not willing to do so,” he explained.

The financial impact of CERO halting its operations is hard to measure at this juncture, and a lot will depend on how quickly its staff can either resume working in the office or smoothly transition to conducting game reviews remotely.

“This screws up release schedules, promotion planning, etc. [And] I believe the CERO situation might also have played a role [in] why Nintendo's recent Direct didn't look too far into the future,” Toto added.

The good news for investors who are worried about this situation is that it should not affect the mobile games sector, as smartphone games do not need a CERO rating to be released. Mobile has become the dominant platform for gamers in Japan over the last several years. The Japanese market for smartphone games more than doubled between 2013 and 2016, and hit the one trillion Japanese yen ($9.2 billion) milestone for the first time in 2016, according to Statista.

According to Newzoo, looking at almost 70 million gamers in Japan, 41% of men and 32% of women play mobile games, whereas only 30% of men and 15% of women play console games. Moreover, players on mobile tend to be highly engaged in Japan and are more willing to spend on in-app purchases.

“[Japan’s] mobile games market is now nearly the same size as North America’s with roughly one-third of the number of gamers,” Newzoo reported in 2018. “In fact, Japanese gamers spend most of any country, particularly for mobile games. The average spend per payer in Japan is 1.5 times higher than in North America, and more than 2.5 times higher than in Western Europe.”

The trend of mobile accelerating while the console business in Japan declines has been going on for the better part of a decade, according to data Toto cited from Kadokawa. While the entire games industry (hardware and software including digital downloads) reached $4.1 billion in Japan during 2019, console hardware slipped 6.2% to $1.5 billion. Software sales were up 5% to $2.6 billion in 2019, but as Toto pointed out, the top five mobile games alone made more in Japan last year.

The impact of CERO halting game reviews should not be underestimated, but the situation would have been far worse if this had happened a decade ago.

As Toto observed, “Every data provider in this country suggests smartphone gaming in Japan is about three times bigger than video gaming.”

From game delays to cancelled events to manufacturing shortages, the entire global games industry is contending with the wide-reaching effects of the coronavirus outbreak. For some, the implications will be much greater than others, but if CERO can reopen its doors in May, hopefully the long-term outlook for video game publishers in Japan should be relatively unscathed.