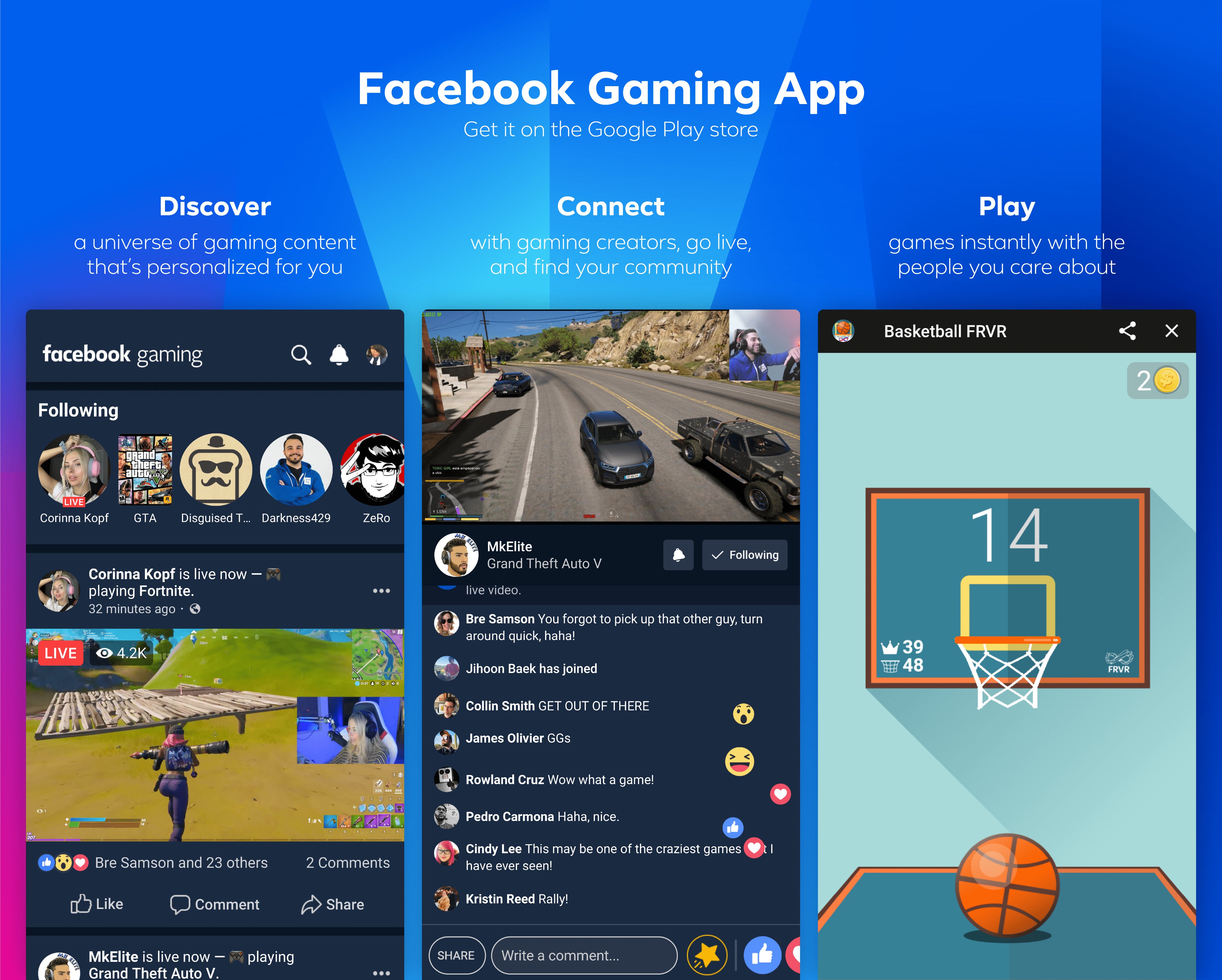 For some time, Facebook Gaming has been testing a streaming app for mobile devices along the lines of what’s offered by competitors Twitch, Mixer, and YouTube. Originally, the app was slated for a June, 2020 launch, but today Facebook officially launched the app on Google Play as the company aims to capture a streaming audience that has seen sharp growth amid the coronavirus pandemic.

"We don’t want to be the background window in a Chrome tab while someone is doing their homework or doing something else," Vivek Sharma, VP of Facebook Gaming, said in a statement. "With mobile, if you have the app open and you're using the app, it’s in the foreground. You can’t do anything else on your mobile phone, and that is extremely powerful."

In all, streaming viewership has seen a boom in recent years, so even a small piece of the pie is substantial, according to livestream productions tools provider StreamElements.

“Given the size of the audience, the livestreaming industry is at a stage where it's less important how one platform competes with another and more important what kind of growth each individual platform is experiencing,” StreamElements CEO Doron Nir told GameDaily. “Facebook has continued to steadily grow, illustrating its staying power.”

Nir said that it makes sense for Facebook to launch a dedicated app for gaming because of the medium’s popularity on the platform. Until now, however, users were forced to go out of their way to search for games content.

“Consumption of gaming content is on the rise, and building a new app just for it will enable gamers to more easily consume this content directly on their mobile device instead of looking for it in their feed,” Nir explained. “As an avid gamer and Facebook user, it is very hard to find gaming content on the app right now, so a dedicated gaming app will increase consumption and hours viewed by gamers, while fueling additional growth for Facebook gaming.”

Nir noted that the app is launching into a very welcoming environment -- not only is gaming content being consumed by more people than ever before, but COVID-19 lockdown orders are exacerbating market growth as users turn to games livestreaming as a primary form of entertainment.

“Gaming and livestreaming are both at a high point right now due to the current situation, so any activity that serves these two masters has the potential to achieve more success than prior to the pandemic,” Nir said.

Over the last year or so, Facebook Gaming has cut into Twitch’s controlling market share a bit. While it still has a way to go before it’s truly competitive in the livestreaming arena, Facebook has made a concerted effort to grow this segment of its business. Last month, Stream Hatchet reported that Facebook Gaming viewership grew by an enormous 83% in 2019.

With the launch of the official app, Facebook is doubling down on its commitment to gaming content. Livestreaming has become a major form of entertainment, and as the largest social media platform in the world, Facebook already boasts an enormous built-in audience. With all the stars aligning, it’s not unrealistic to anticipate great success for Facebook Gaming’s new app.