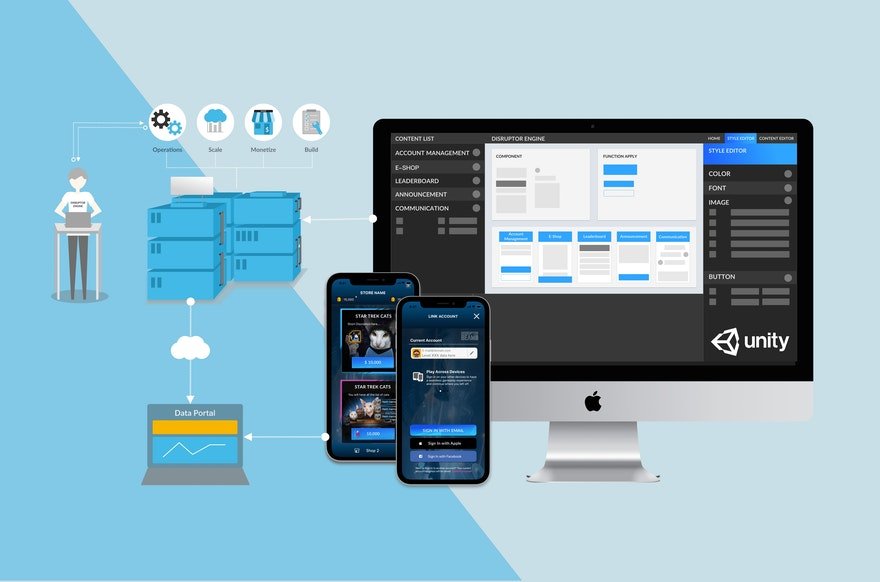 This week, Radoff has announced a re-launch of sorts for Disruptor Beam that leans into the software development side of the business. Beamable is a new tech brand that Radoff said consists of two main components: cloud-based service architecture, and front- and back-end bridging technology. According to the announcement, Beamable’s software is fully integrated with Unity, which should help developers who choose the engine streamline their process.

“Disruptor Beam is a game studio brand, and deserves to be remembered mostly for hit games like Star Trek Timelines,” Radoff told GameDaily. “As a software company we felt it was important to have a new identity that reflected our new mission. We want everyone to know that this will be our sole focus going forward.”

Radoff said that Beamable is the natural progression for Disruptor Beam, as the games industry continues its shift towards games-as-a-service (GaaS). This is where Beamable thrives, as its toolset allows developers to support in-game storefronts, merchandising, content management, and social interactions.

“GaaS is thriving right now because everyone around the world is looking for an escape as well as connection to other people,” Radoff explained. “Games do well whatever the macroeconomic backdrop. What is challenging is that game-makers need to keep up with demand and optimize their resources. Beamable is based on the authoring tools we created that date back to Game of Thrones, when we were releasing new content within 24 hours of each new episode, and expanded to include effective social and monetization capabilities along the way. Studios are telling us that they are swamped with both customer and development demands, and we feel we can help them be more effective and efficient.”

Radoff explained that it’s important to realize that GaaS isn’t limited to just one particular business model. Rather, it’s indicative of the shift from games as a one-time product purchase to an experience aimed at engaging players for longer periods of time.

“It's a positive development because it means more game makers have the opportunity to create businesses without the lumpiness that's been associated with the industry for many years,” he said. “Our vision is to support game-makers with everything they need to thrive within this context.”

Launching a new product and brand in 2020 comes with a host of roadblocks, the least of which is the current coronavirus pandemic. Radoff said that while the current economic climate is daunting, he’s confident in Beamable’s appeal and expertise.

“Fortunately, we have a great team already in place, and a set of technology we've spent the last year preparing,” he said. “This is not a good environment for raising lots of capital; consequently, we've realized we need to hunker down, and focus on delivering solutions that deliver value to game studios immediately. We're prioritizing our product features and support towards the most immediate challenges game-makers have in socializing, monetizing and updating their games.”

The transition from Disruptor Beam to Beamable has been noticeable for some time now. Last month, 19 Disruptor Beam employees left for Tilting Point and Wicked Realm Games as part of its acquisition of Star Trek Timelines. Additionally, a licensing debacle led to the layoff of nine workers at Disruptor Beam, which has helped motivate the company to shift its focus from games to software development.

Despite these bumps in the road, Radoff is confident that Beamable can thrive, and continue to help developers monetize their games.

“At Beamable, we fight for the game maker,” Radoff siad. “That means we're here to help everyone succeed in a tough, tough market with some of the most demanding customers in the world. We're looking for game studios who share our vision for GaaS, yet want to shift more of their resources towards the parts of game-making that are fun for customers and fun to build.”

It’s easy to see why Radoff is so enthusiastic about GaaS -- the business model has helped the games industry become the most lucrative form of entertainment in the world, and Newzoo predicts that the market will hit nearly $200 billion by 2022. By building software that can be leveraged by developers of all sizes, Beamable is positioning itself to benefit from many major aspects of this growing market.