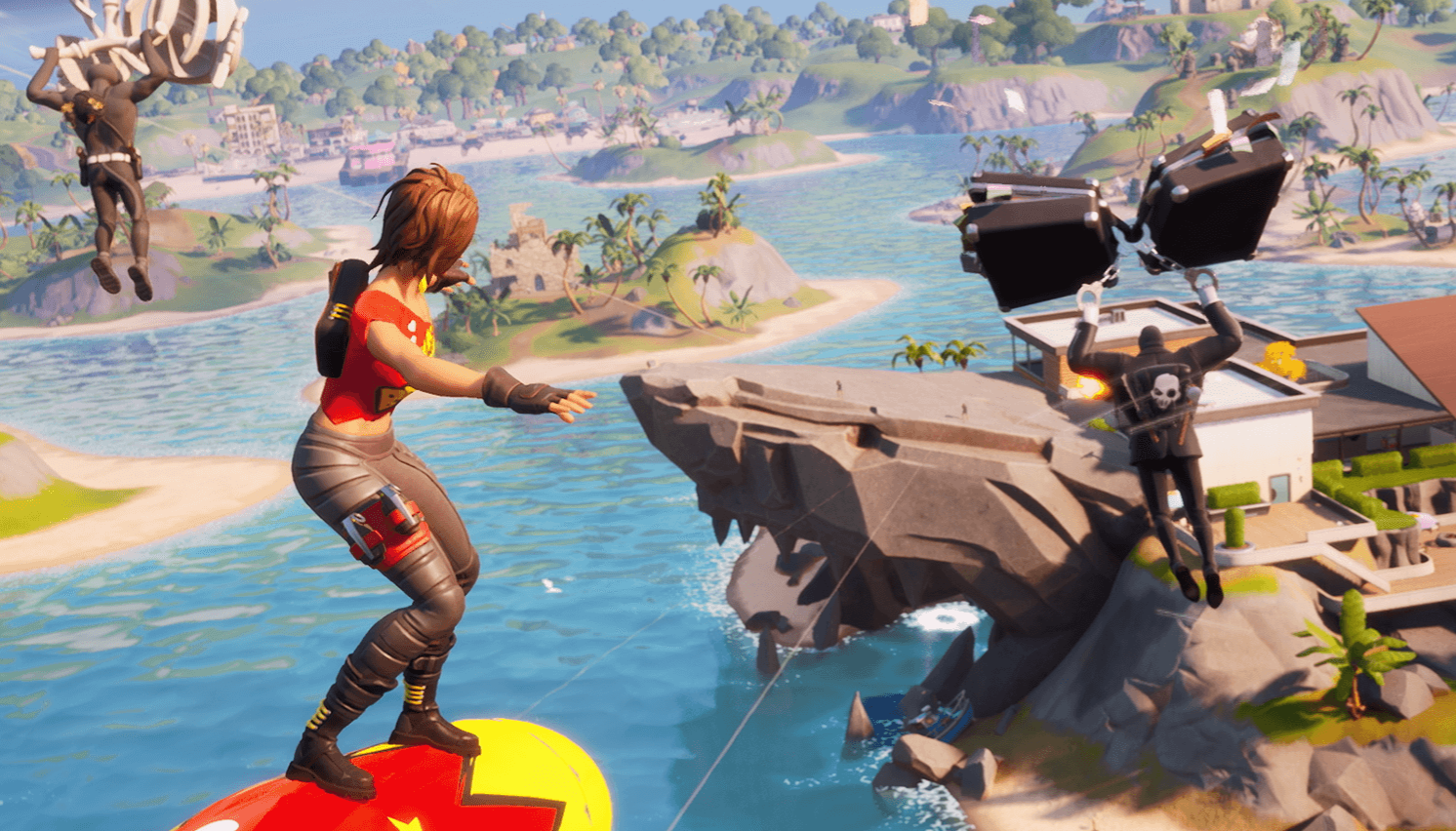 This week, a pair of juggernaut game makers experienced financial shakeups that could have a sizable impact on their futures. First, activist investor ValueAct has increased its holdings in Nintendo to around $1.1 billion in anticipation of its continued growth as a media company. Elsewhere, Epic Games is reportedly looking to initiate a new funding round with ambitions to raise between $500 million and $1 billion.

According to Bloomberg, Epic is seeking a company valuation of over $15 billion. For Michael Pachter, managing director of equity research at financial analyst group Wedbush Securities, the possibility of Epic hitting their funding goal points to several possibilities.

“They raised money in 2018 at around that valuation, so it’s possible they are looking for more here,” Pachter told GameDaily. “I’m not sure what they need the money for, since they probably generate $1 billion a year in cash, but perhaps they have some acquisitions planned and need money to complete them. The [$15 billion] valuation is going to be based on the sum of everything Epic does (Unreal engine, Fortnite, Rocket League, Epic store, anything else they do).”

From a business perspective, Epic’s prospective funding could be seen as a way to grow Fortnite into an even more substantial pop culture touchstone. Last year, Epic CEO Tim Sweeney responded to questions about the battle royale titan’s position as a media powerhouse, saying “Fortnite is a game. But please ask that question again in 12 months.”

Already, we’ve seen the power of Fortnite to foster engagement in mediums outside of games. Most notably, it’s been used as a marketing tool to promote a number of blockbuster movies, including Avengers: Endgameand Star Wars: The Rise of Skywalker.

Regardless of what the future holds for Fortnite, the timing of the funding makes sense to Lewis Ward, research director of gaming at analyst group IDC.

“First, COVID-19 has pushed up gaming usage and, to a lesser extent, spending in most affected countries, so Epic is striking while the iron is hot, as it were, as this surge in gaming activity will likely subside along with the pandemic late this year or in 2021,” Ward told GameDaily. “Second, for those with capital to invest, there are relatively few markets that are surging right now, but gaming is one of them, so perhaps capital will be less expensive for Epic as a result.”

Ward, who clarified that he is not a financial analyst like Pachter is, said that attracting relatively inexpensive capital is usually a smart business move. As such, even if Fortnite does experience a sudden downturn in popularity and Epic starts seeing less return, the impact will be fairly benign financially.

As Pachter noted, it’s also important to consider Epic’s other business sectors. Ward said that by seeking specific valuations for investment, Epic is hoping to remain competitive with the likes of Unity in the game creation engine field.

“I suspect that part of what’s going on is that this is a response to Unity’s success over the past five-plus years,” Ward predicted. “This isn’t just about Fortnite, it’s about giving Unreal Engine the ability to expand into new directions and new markets.”

On the other side of the investment coin is ValueAct, who has not been subtle in its efforts to ride Nintendo’s coattails to success. ValueAct is an “activist investor,” which means that it often invests in companies with the intent of influencing the direction of its business. According to an investment letter obtained by Reuters, ValueAct has now built a stake of over $1.1 billion in Nintendo.

On Twitter, Niko Partners analyst Daniel Ahmad pointed out that this equates to a roughly 2% stake, and while ValueAct is an activist investor, we shouldn’t anticipate major changes to the way Nintendo does business. Rather, ValueAct wants to bolster the way Nintendo is already doing business.

“Ultimately don't expect sweeping changes, more so an acceleration of the direction Nintendo has already been heading in,” Ahmad said. “Nintendo has some of the largest IPs in gaming and has been increasing efforts to expand the reach and value of its IP. In this case, [ValueAct] wants to push the digital entertainment and media services angle. ”

These efforts include a stronger mobile presence, theme parks, clothing and merchandise lines, a partnership with Lego, and more substantial digital distribution. As the company expands its presence beyond simply video games, some are comparing Nintendo to Disney in terms of mascot recognition and cross-media ubiquity. According to Ahmad, who referenced the Reuters report, ValueAct seems to believe it can hasten Nintendo’s expansion in this direction.

“Essentially it looks like the 'digital transition' isn't going as smoothly as they want and they believe they can provide value and pivot the company to become one of the largest digital media services,” he tweeted.

Historically, Nintendo has been dodgy when it comes to reporting digital sales for its games. In NPD Group’s most recent sales report, it was noted that Animal Crossing: New Horizons has broken a number of Nintendo records for a game’s launch month, but the report’s stats only examines physical sales. Given the rise in digital spending amid coronavirus quarantine orders, It’s plausible that digital sales of New Horizons could realistically propel it to a bonafide titanic seller. ValueAct, it appears, is ready to help Nintendo lean further into digital distribution.

All told, these two financial updates illustrate that, despite a global pandemic, the games industry still presents an attractive economic environment for investors. It may not be completely recession-proof, but the industry is more prepared than most others to weather a financial crisis. It should prove interesting to track the commercial progress of Nintendo and Epic in the coming months.