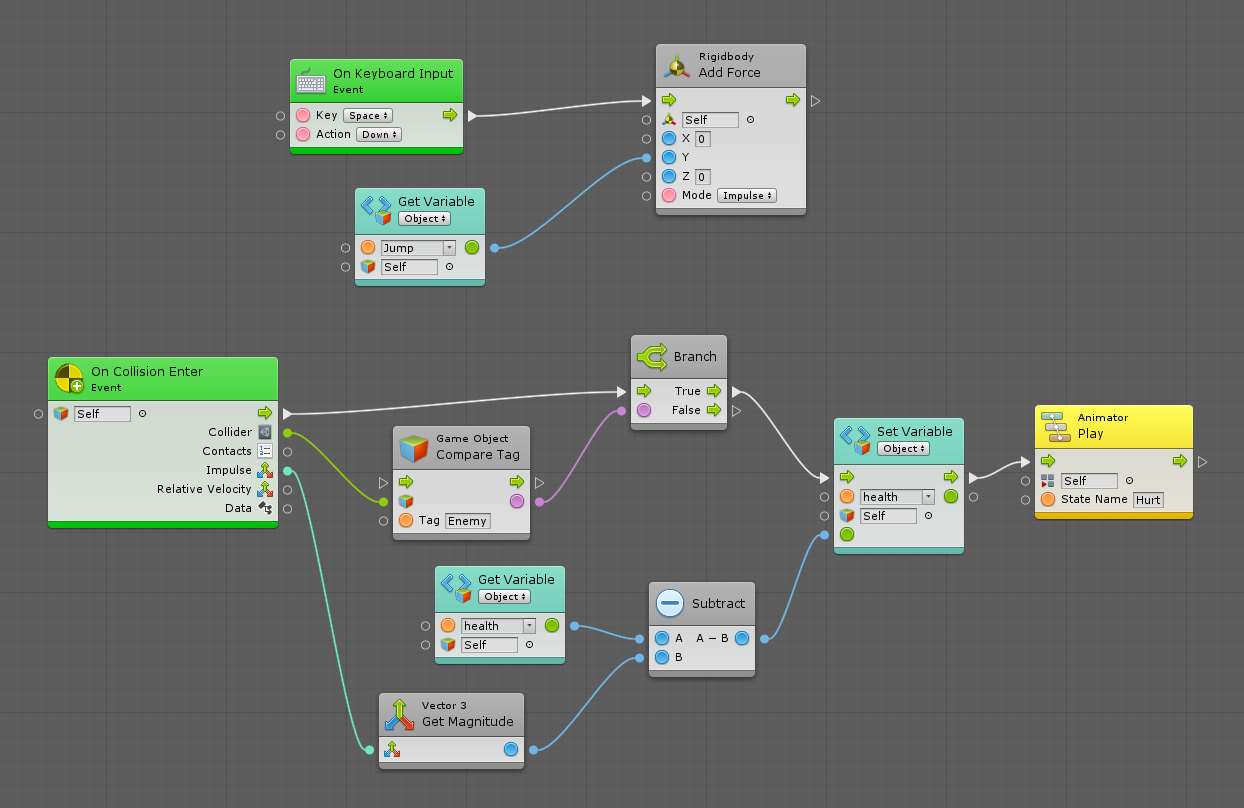 Game engine developer Unity Technologies has acquired visual scripting software Bolt from tools developer Ludiq. According to the announcement post from Ludiq CEO Lazlo Bonin, Unity will now own and operate Bolt, as well as take over development on its successor, Bolt 2.

“As the lead developer of Bolt to this day, I am thrilled about the potential of putting this tool in the hands of more creators and allowing them to concretize their ideas in a visual way,” Bonin wrote. “Passing the torch to Unity means Bolt will enter an exciting new phase of its life. While letting go of a project you love is never easy, I have met the amazing people at Unity who will carry it forward and I am confident that Bolt is in the best of hands.”

For Unity, the acquisition was an attractive prospect for a couple reasons. First, Bolt was already developed for use within the Unity engine, and second, bringing it under the Unity umbrella will allow more developers access to the software.

“We know how important visual scripting is for empowering more creators with Unity, which is why we are excited to bring this technology into the Unity family and help it grow,” Andrew Bowell, VP of product at Unity, told GameDaily. “We saw this as an opportunity to acquire this highly popular plugin to keep improving user and team workflows, especially for customers who are building in Unity today.”

Developed by Ludiq, Bolt visualizes much of the coding process, meaning that developers don’t necessarily have to be experts in the various coding languages. The goal with the software package was to streamline some of the more sticky elements of the development process. Through the plugin, Unity designers can create logic for games and applications without writing code at all.

Bowell said that with the purchase of Bolt, Unity hopes to provide artists with the support they need while moving forward. Of course, this can be a tricky prospect in the midst of a transition period, but he’s confident that his team is up to the task.

“Right away Unity will transition the development of Bolt and future Bolt versions to our internal development teams, but in close collaboration with Ludiq,” Bowell explained. “We will continue to build on and maintain these technologies with no current plans to change availability, pricing, or in-progress development. In short, very little will change for the user.”

Unity is committed to keeping Bolt’s development strategy steady and unchanged. Bowell said that the company will honor Ludiq’s previous promise that current Bolt users will gain access to Bolt 2 at no additional cost. This also applies to anyone who buys Bolt on the Unity Asset Store before midnight on May 31.

Bolt’s ease-of-use is what makes it an attractive product to aspiring developers, and the fact that it was originally built for the Unity engine makes the acquisition an organic move. Bowell appears committed to ensuring a smooth transition, which should benefit up-and-coming developers in the long run.