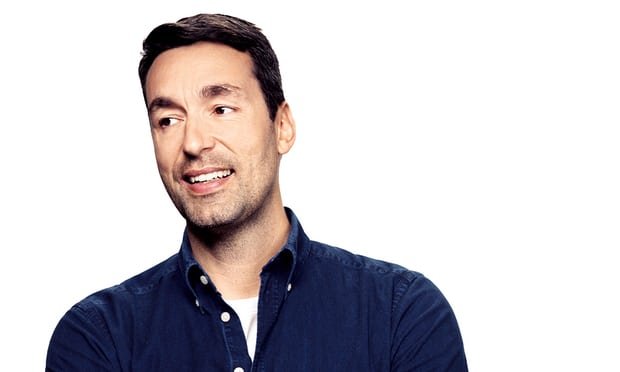 After more than a decade at Electronic Arts, Patrick Soderlund is to leave the publisher, the company has announced.

In a memo released this morning, EA CEO Andrew Wilson announced the Swede’s departure, saying that Soderlund had been “a trusted business partner and a great friend,” adding further that his time as part of the publisher’s leadership “has had an outstanding impact on EA.”

“He has also been unwavering in his commitment to building our pipeline of amazing new games to come, and his fingerprints will be on the experiences that we bring to players well into the future,” Wilson continued.

“We wish Patrick the very best in his next life adventure, and we thank him for his many significant contributions.”

Soderlund came aboard EA in 2006 after it had acquired Battlefield developer DICE. He became an EA studio general manager in addition to his then current role as CEO of the studio.

"I had the pleasure of working with Patrick for 9+years at EA, and I consider him a visionary, tremendous colleague and great friend. His achievements are too numerous to list, but what stands out for me is his work on the rationalisation of the game engine strategy, bringing the entire development organisation to focus on Frostbite." - former EA COO Peter Moore

He continued moving up the chain, overseeing all games coming out of EA’s European studios, whether that was internal or through the EA Partners program, before becoming Executive VP and subsequently the head of all Worldwide Studios within the company. His current role is Chief Design Officer, but that will come to an end when Soderlund leaves on October 30. According to Kotaku, Soderlund made over $48 million in the last fiscal year, including over $46 million in stock awards which also factored in a $20 million bonus offered in an attempt to get him to remain at EA. Soderlund was an expensive executive for the company, earning even more than its CEO.

In light of Soderlund’s leaving, Wilson stressed his confidence in the existing leadership team's abilities. Laura Miele will continue to lead studios for the publisher after being promoted to Chief Studios Officer in April. EA's SEED (Search for Extraordinary Experiences Division) team, whose aim is to “explore, build and help define the future of interactive entertainment” will join the Worldwide Studios group “to continue driving advanced design and innovation at the leading edge of games”. Jason Wozencroft will join the company and its studios group to “lead a strong, unified UX approach for our games and services.” Finally, the EA Originals and EA Partners teams will join its strategic growth group.

Soderlund’s career within EA has not been without incident. He oversaw the release of last year's Star Wars: Battlefront II, which led to an unfortunate loot box controversy that dragged the company through the muck PR-wise, and even led to ongoing conversations about the role (and even the legality) of lootboxes in games elsewhere.

And last October, the closure of one of EA’s most beloved studios in Dead Space developer Visceral Games saw Soderlund come under fire, especially as the developer was working on a massively-anticipated Star Wars game overseen by Uncharted creator Amy Hennig, who has since formed an indie startup. A massive expose by Kotaku pinpointed development on the game as difficult, though.

That’s not to say Soderlund's tenure hasn’t had its fair share of highlights. In his time as CEO of DICE, the company put out some of the best games the studio has ever released, including Battlefield 2, Battlefield: Bad Company, and then new-IP Mirror’s Edge. Under Soderlund's guidance, EA DICE had become a flagship studio for the publisher.

Soderlund was also instrumental in the early development process of DICE’s Frostbite engine, EA’s internal proprietary tech that is now used within nearly all of its games. "From his early vision for Frostbite, which has now become a cornerstone for our technology strategy, to being a champion for Players First experiences, Patrick has always ensured we put creative at the center of everything we do," Wilson stated in his memo.

Former EA Chief Operaring Officer Peter Moore, who left EA to become CEO of Liverpool Football Club last year, commented to GameDaily, "I had the pleasure of working with Patrick for 9+years at EA, and I consider him a visionary, tremendous colleague and great friend. His achievements are too numerous to list, but what stands out for me is his work on the rationalisation of the game engine strategy, bringing the entire development organisation to focus on Frostbite, thus bringing quality, speed and efficiency to the global game development process for the company."

More recently, Soderlund helped start EA’s Originals program, which provides independent developers marketing and distribution assistance in deals where they keep the IP rights and the profits. The program has been off to a solid start with the release of Unravel and Unravel Two from Coldwood Studios, Fe from Zoink, and the upcoming Sea of Solitude, unveiled as an EA Originals game at EA Play during E3 2018, from Berlin-based Jo-Mei Games.

In a tweet, Coldwood creative director Martin Sahlin paid tribute to Soderlund, saying he “championed us from day one, and I'm honestly a bit sad to see him leave EA.”

But the program’s biggest success story to date has come from A Way Out, made by Brothers director Josef Fares and Hazelight Studios. A leaked marketing plan for the game noted EA expected sales of 900,000 units in its lifetime, but less than a month after it released in March of this year, Hazellight tweeted that it had sold a million copies.

There are no details on Soderlund's next move just yet, but he's sure to make an impact wherever he lands. EA has not named a replacement.