My.Games announces a 90/10 revenue split for developers, with a caveat 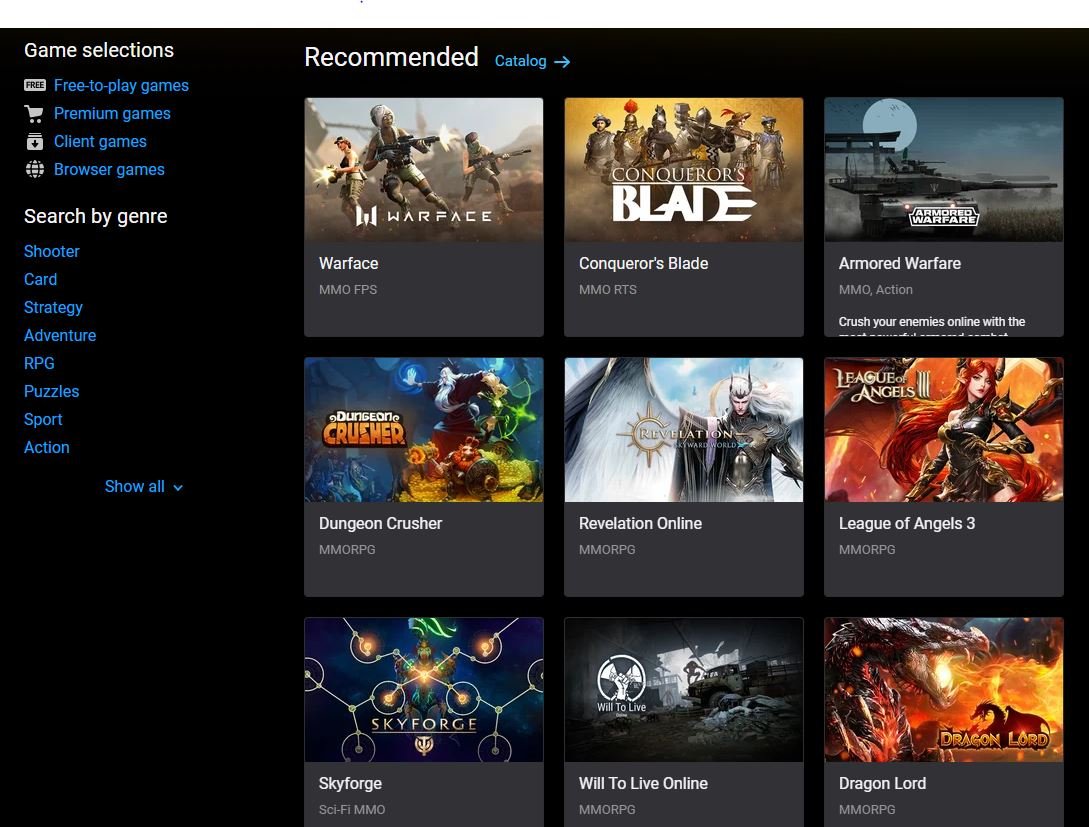 Last year, Russia’s largest tech conglomerate, Mail.ru, launched My.Games, a games-focused publishing brand that also operates its own digital storefront. Now, one year later, My.Games is announcing a generous 90/10 revenue split in favor of the developers that host their games on the store.

“We’ve had a fantastic first year, with our audiences growing by 27% to 652 million registered players across the globe,” Rodion Kotelnikov, head of the My.Games store, told GameDaily. “Now, we want to celebrate by sharing that significant success with our developers.”

There is one big caveat that comes along with this revenue split, however. In order for a developer to take advantage of it, a purchase of its game needs to originate from one of its own advertising campaigns. That is, the developer needs to generate a link to the game’s My.Games store page, and share it online. Then, any purchases that come from that particular link qualify for the 90/10 split.

The reasoning behind this method, Kotelnikov said, is that My.Games needs to be able to monitor consumer behavior on the store.

“Ultimately, we require developers to generate a link because that is the best way to track traffic. In fact, this was actually a service requested by our existing developers,” he explained. “They want the My.Games Store to do more than just be a platform for hosting their games. The developers wanted to see evidence of the success of their advertising campaigns, so they could make data-driven decisions for their games going forward.”

Kotelnikov said that on the My.Games end, the link only provides metadata with no personal user details. Then the platform aggregates that anonymous data.

“We believe this is a fair approach for those developers who are driving their own traffic and improving their own user acquisition rates. We’d be very happy if other platforms also adopted this idea,” he said.

Some might call the 90/10 split a reaction to Epic Games’ generous 88/12 split that developers see on its store, which the company has ridden to relative success over the last year and some change. Kotelnikov said that this isn’t the case; rather, the decision stems from the strong growth that My.Games has seen over the past 12 months.

“While we do admire Epic Games’ approach, the decision was ultimately driven by our success over the past year,” he said. “Our strong growth and international expansion has put us in a great position to increase the revenue share and provide more benefits to developers.”

There’s also a practical element at play, as well. Kotelnikov explained that My.Games did not have the traffic attribution tools in place when My.Games first launched. Now, with such tools present, the company is in a better position to reward developers who generate their own traffic.

The favorable revenue split is part of a greater trend of expansion for My.Games. Last month, the company announced a $10 million publishing initiative aimed at expanding its foothold in the hyper-causal mobile market. The goal of the campaign is to attract new developers and extend its reach in a sector that is growing exponentially every year, and that has seen a significant boost from the COVID-19 pandemic.

What makes the publishing initiative and the 90/10 revenue split so impressive is that My.Games is only one year old at this point.

“The revenue sharing split is just one way in which we are optimizing the My.Games Store for both developers and players,” Kotelnikov said. “The My.Games brand may be one year old, but our team has over 13 years of experience in developing and publishing hit games that are popular around the world.”

Between Steam and the Epic Games Store, competition is fierce on the digital games marketplace front. My.Games is confident that it can stand its ground, though, if it can keep nimble and open to developer feedback.

Between the 90/10 split and the hyper-casual publishing initiative, My.Games’ public-facing operations seem impressive. Limiting that revenue split to developer-generated ad campaigns is a variable, though, and it will be interesting to see how independent parties take to this structure. Still, a storefront functions best when there is positive synergy between the developers and the proprietors, so there is ample opportunity for everyone to benefit from this model. Hopefully, My.Games does right by its developers moving forward.