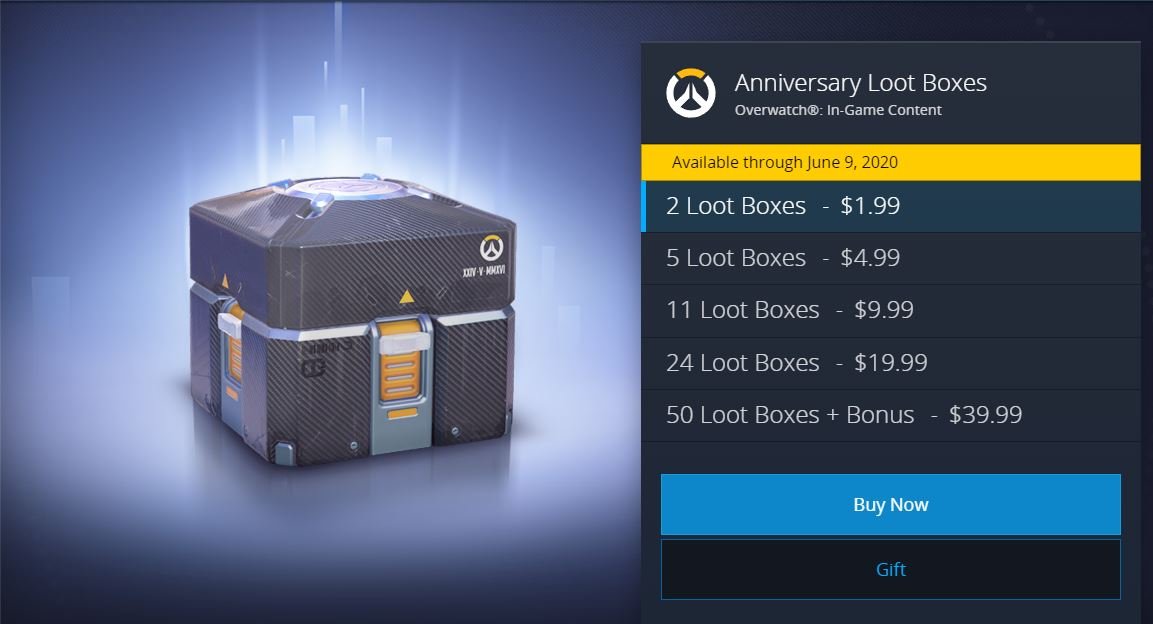 The UK government has announced plans to call for evidence that in-game loot boxes constitute gambling, and thus require regulation as such. The Department for Digital, Culture, Media, and Sport will oversee the collection of evidence, which is estimated to begin later this year. It’s unclear at the moment what the outcome of such an investigation would be. At the very least, regulation could require companies to obtain a gambling license.

“During the coronavirus pandemic, we have seen more people than ever before turn to video games and immersive technology to keep them entertained and to stay in touch with friends and family,” UK Minister for Digital and Culture Caroline Dinenage said in a statement. “These innovations can present challenges though as well as opportunities, which is why we are taking the necessary steps to protect users and promote the safe enjoyment of this dynamic industry.”

The investigation into loot boxes is part of a greater reexamination by the UK government of the region’s Gambling Act, a 2005 piece of legislation that sought to ensure that gambling is “conducted in a fair and open way,” and to “protect children and other vulnerable persons from being harmed or exploited by gambling.” Review of the Act is part of a manifesto put forth by the UK’s Conservative party during the 2019 general election.

This news is part of a larger ongoing discussion about loot boxes in video games. In recent years, the practice has come under increased scrutiny from several parties. In 2018, the International Game Developers Association called for industry-wide action on loot boxes lest government bodies become involved. The warnings went unheeded, though, and since then the U.S. FTC has turned its attention to loot boxes, and a senator from Missouri proposed a bill to ban them outright.

Elsewhere, in April of 2018, the Belgian government classified loot boxes as a form of gambling in the country, thus subjecting them to regulation. The following September, EA defied the ruling and did not remove loot boxes from FIFA 18, thus paving the way for potential litigation against the company. Eventually, however, EA gave in to the ruling.

For its part, developer Psyonix removed loot boxes from popular esports title Rocket League last year, a move that came months after the company was purchased by Epic Games.

“This move was likely made for the same reasons that Epic removed blind loot boxes from the Save the World mode in Fortnite,” Carter Rogers, principal analyst at SuperData told GameDaily last August. “The financial upsides from loot box sales were probably not worth the potential controversy, especially now that Rocket League is part of the kid-friendly Epic Games brand.”

Blizzard and Valve have also addressed loot boxes, with Heroes of the Storm, and Dota 2 both receiving significant overhauls to their microtransaction systems last year.

Microtransactions have become a staple of the games business, with live services depending on them for sustainability, and free-to-play experiences like Fortnite have built an empire on such a foundation. This isn’t a problem when microtransactions are transparent, and consumers know what they’re buying. When blind loot boxes come into play, though, the practice can feel predatory, as if developers are profiting off of potential addiction.

As the IGDA has said in the past, government intervention, such as what we’re seeing in the UK, is the inevitable next step when the games industry doesn’t self-regulate. If developers and publishers won’t voluntarily end predatory practices, the government will do it for them, and that’s not good for anyone.