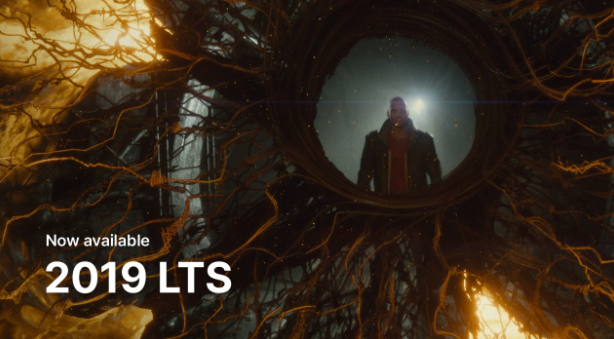 Unity Technologies has announced a significant shift in how it releases new versions of its game creation engine. Starting next month, the company is making the long-term supported (LTS) version of its software the default product that developers will receive when they purchase a Unity license. The new business model is rolling out with Unity 2019.4 LTS, which launched this week.

“Long-term supported software is something that is known to be really stable, and works really great,” Brett Bibby, chief product officer at Unity, told GameDaily. “This is something that you can really count on and rely on.”

For Unity, LTS versions of its engine software have a life cycle of two years. The support model on LTS versions is focused on stability over time rather than the reactionary and faster-paced nature of weekly and monthly updates to the core Unity product. LTS builds of Unity don’t receive any new features, improvements, or API changes, but they do see bug fixes aimed at fostering that stability, which creates a more consistent software environment for developers.

“We give customers this really nice way to move from LTS to LTS, and we do tons of testing to make sure if your product was built using the 2018 LTS, it will upgrade really nicely to 2019 LTS, and so on,” Bibby explained.

In the past, the default version of Unity was the constantly-updated version, which Bibby called the “tech stream.” Now, though, the company is flipping this model so that the LTS stream is the default, a decision predicated on the fast-paced nature of advancing technologies and video game development.

“There’s so much capability built into 2019 LTS, and the tech stream is really looking at the next-level stuff,” Bibby said. “Technology sort of comes in waves. In a way, it’s a bit like redecorating a house; you get a new couch, and after you get the new couch, you need a new table, and then you need a new TV, and so on. You sort of do things in sets, and what we’ve got in the 2019 LTS is a set of things that we think works really nice together. That rock-solid stability is something that it makes sense for most users to have right now.”

Two years of support on LTS builds of Unity is a fairly specific amount of time. Bibby said the two-year cycle made the most sense when all variables were considered, such as the pace of technological advancement, and the time it takes to develop a game. The goal was to provide a sort of interlocking release cadence between the tech stream and the LTS builds that hopefully suits developers’ unique needs.

“We want to be users-first, so when the user is able to move up into the next [LTS] version, that does unlock new features for them because there was a tech stream in that year that ultimately resulted in that LTS,” Bibby said. “So it opens up new possibilities that could engage their players, maybe add something new to the game that wasn’t there before. [Two years] was the number that the users were telling us they wanted.”

The LTS program was established in 2017, which means that the upcoming 2019 version will be the first time users will be migrating from one build to another as Unity ends support for LTS 2017. This transition is fraught with a number of potential challenges, but Bibby said that it’s going smoothly so far.

Elsewhere, Unity is gearing up for the arrival of next-gen consoles from Sony and Microsoft, which Bibby said should feature a wide range of Unity-powered games. According to Unity’s own stats, 50% of all games utilize the engine, including 54% of the top 1,000 highest-grossing mobile games.

“We have amazing relationships with all platform holders,” Bibby said “We’ve been engaged with Sony on the PS5 for years. We’re going to have an excellent offering on the next-gen consoles. We’ll have even more of a percentage of the next generation than we had in this one. But that’s not really about our achievement; that’s the achievement of our users, the fact that our users were able to get their content out on these platforms.”

Much of the game development market has been significantly impacted by the COVID-19 pandemic--and Unity is no exception, but Bibby notes that the company is better suited than many others to remote working conditions. This is a sensibility that was baked into Unity from the very beginning.

“Unity was made to thrive in any environment, including in these challenging times,” he explained. “This company was started by a Dane, a German, and an Icelander in Copenhagen, and the next several people were actually remote hires. So we’ve been distributed from day one. We’ve also had this concept of ownership that’s super important for us.”

Bibby said that this philosophy fits in particularly well with Unity’s creators.

“They have something that’s coming from within them. If you want to create something, it comes with a vision. So Unity, we stay quite aligned with our customers in that way. For the last 15 years, we’ve been working online together. With the lockdowns, our productivity in some areas has actually improved.”

At the end of the day, it’s Bibby’s philosophy of creator-first business that defines his work at Unity. He understands that the work of developers isn’t just art for art’s sake--it’s a means to survive, to put food on the table.

“Giving those users that stability that they need to know they can achieve what they’re after is just so important,” he said. “This LTS program has been a phenomenal success.”

It will be interesting to track what developers create with Unity moving forward, especially as we approach the launch of next-gen consoles. Considering the timing, now’s as good a time as any to unveil the new LTS-focused business model.