For Overwolf's 'In-game creators,' app development is a lucrative business 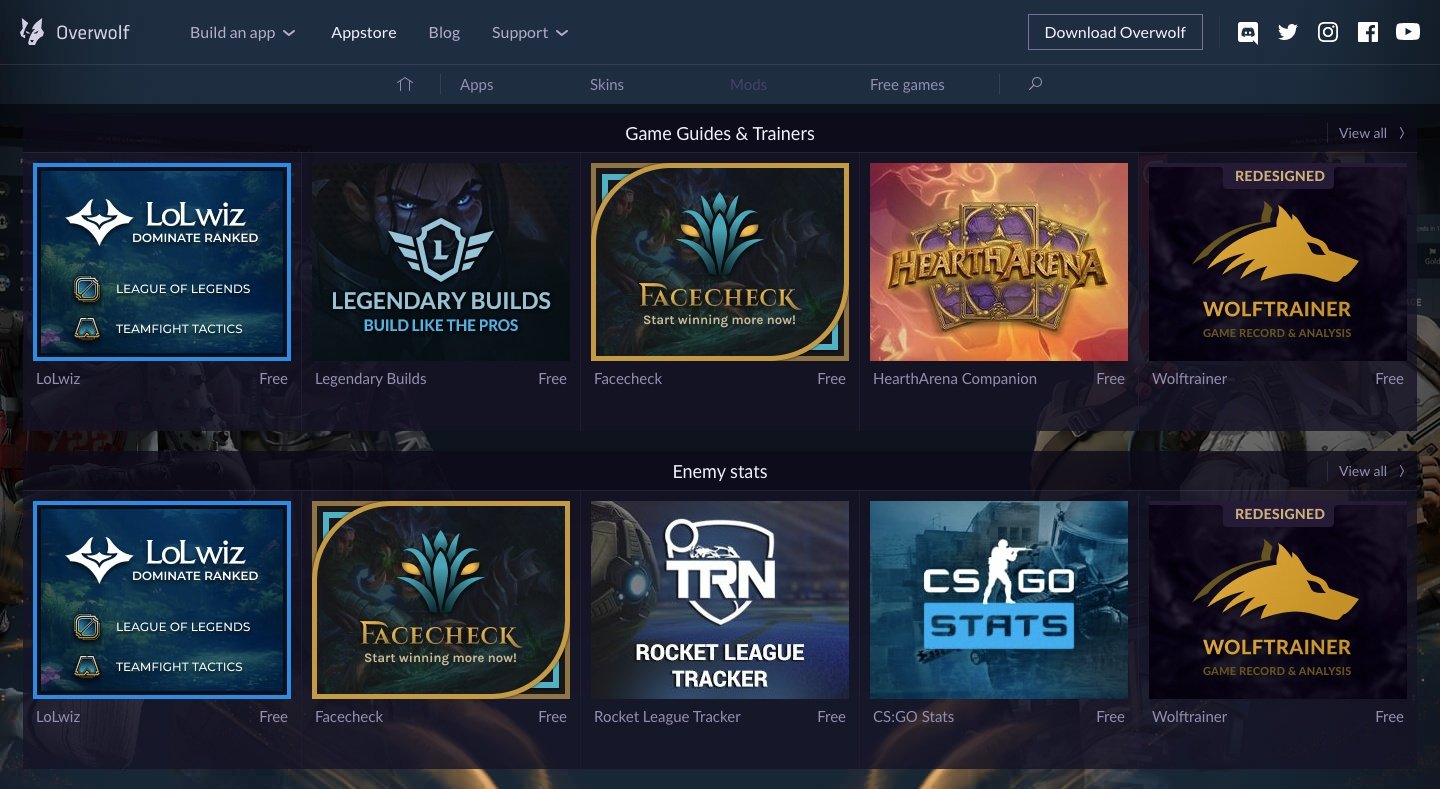 As the games industry continues to expand, every aspect of the business is seeing an influx of new audiences and bolstered player interest. It’s not just an increase in spending and play time that’s seen a boost lately, though; the development side of things has also received a sizable expansion. With heavy hitters like League of Legends, Hearthstone, Dota 2, and Counter-Strike more popular than ever before, some content developers are looking to capitalize.

Enter Overwolf, a creator-driven app-development platform that publishes and monetizes addons for some of the most popular games on the market. Developers that partner with Overwolf receive the resources needed to create, distribute, and market their projects. Overwolf CEO URI Marchand calls the developers that build such addons “in-game creators.”

“We coined the term ‘in-game creators’ to categorize this new generation of in-game app creators and mod authors,” Marchand told GameDaily. “What was once a scattered group of indie enthusiasts has evolved into a nation of professional creators. Overwolf brings in-game creators together through a shared love of creation to build unforgettable moments and experiences in gameplay.”

The Overwolf app store features a wide range of applications that enhance a number of prominent titles. For example, the R6Tab app by creator Tabwire offers statistical information about other players in your Rainbow Six: Siege match, and the Spawning Tool Build Advisor lets you track your build queue in Starcraft II.

Marchand said that it’s important that apps on Overwolf do not affect the gameplay of the titles, a consideration that requires collaboration with various game developers to ensure that their terms of service (ToS) are not violated, regardless of how complex such compliance is.

“Our goal is to be fully aligned with game developers, which means our work starts well before even talking to them directly,” Marchand explained. “The first step is working with our in-game creators to fit each app’s concept to game developer ToS, and instruct them on how to build apps that are fully compliant with how the devs wanted their game to be played. Essentially, we collaborate with the best game developers in the world to leverage the power of third-party creators, to make great games even greater.”

This commitment to compliance, Marchand said, has earned Overwolf a positive reputation among developers--the company has working relationships with the likes of Valve, Blizzard, Blue Hole, Epic Games, and Riot Games.

As an example of the collaboration between Overwolf and game developers, Marchand said that one app in particular for PUBG received negative feedback from the player community after it was approved. Blue Hole requested that the app be taken down, so Overwolf complied, the app’s developer made the necessary changes, and the updated version was later approved once again.

One of the appealing aspects of Overwolf’s business is the ability of creators to monetize their apps, a prospect that offers up a number of options.

“In-game creators monetize their apps by either displaying in-app ads, or allowing subscriptions,” Marchand said. “Creators set the number of ads, location, and subscription price, and we make sure that the ad placement is not obtrusive to the game experience. Our business model is that we get between 20 to 30% of the revenue the in-game creators are generating. We will soon be adding donations as well.”

Marchand said that over the last year, apps on Overwolf were used in over 1.92 billion game sessions, with the top-earning creators bringing in more than $150 thousand a month. He also noted that Overwolf has an established investment fund with Intel, with the goal of funding the development of tools and apps for PC gamers who use Overwolf.

At the end of the day, though, Overwolf’s top priority is its creators, and Marchand said that he envisions a future where all in-game creators call the platform home.

“Overwolf believes that in-game creators, who consistently build amazing products used by gamers around the globe, should be recognized and rewarded for what they do by making a fair living off their work,” Marchand said. “Overwolf is uniting the in-game creator community by providing a guild where the natural-born creator can be activated and cultivated. Finally, in-game creators have a place to belong and call their own.”

The rapid growth of the games market has had a lot of unintended side effects, and a number of unanticipated communities are popping up as a result. The app and addon subset of developers is one such group, and it’s interesting to see it fostering relationships with game makers. Tracking this trend should prove to be informative moving forward.