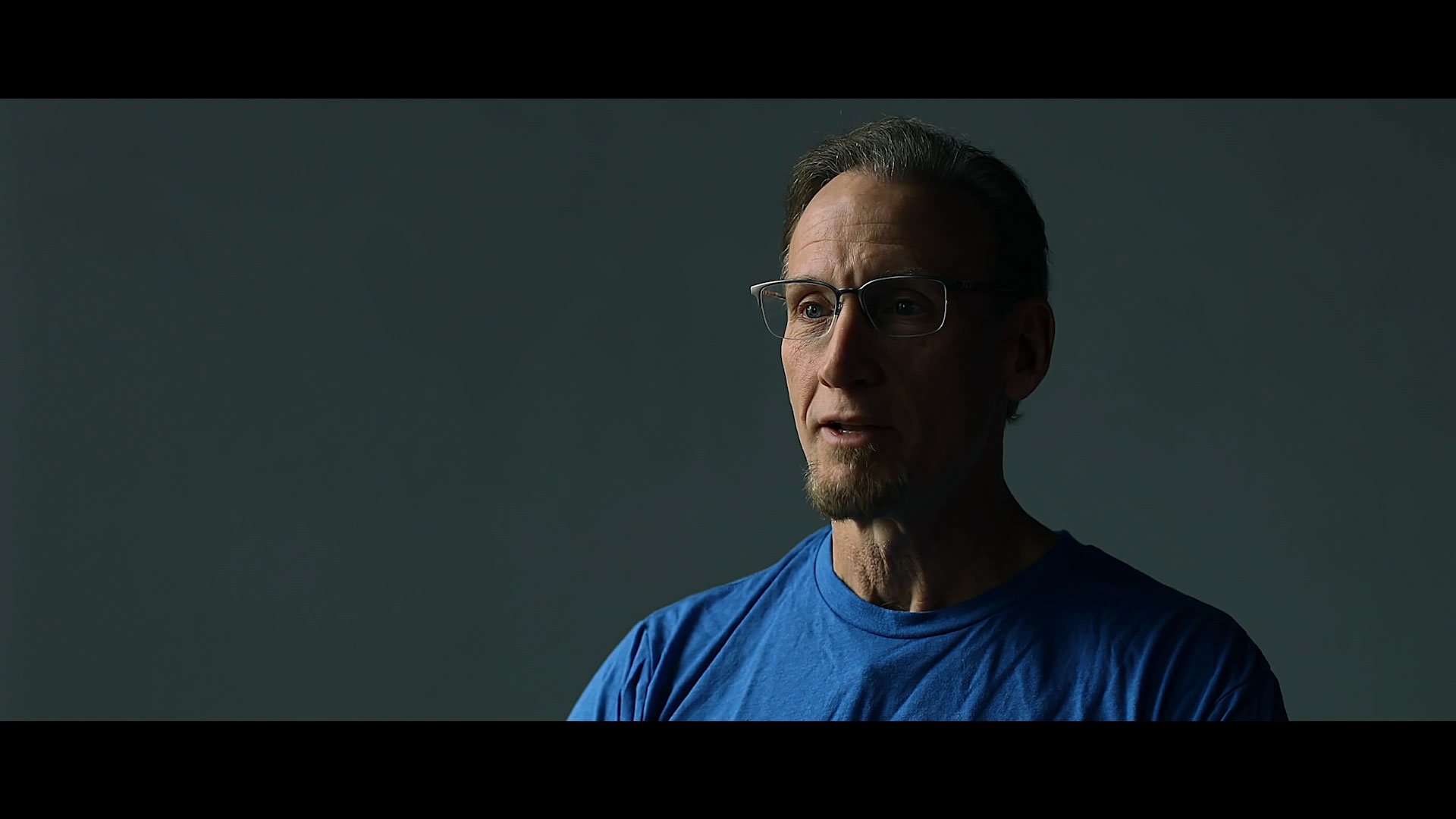 When Brian and Steve Raffel founded Raven Software in 1990, they had no idea they would be celebrating 30 years in the business in 2020. At the time, they were simply focused on getting their first game, Black Crypt, out the door. With no business acumen to speak of, this was a challenge easier said than done. That lack of experience, it turns out, may have been a saving grace.

“At the time, we felt it was going to take a miracle,” Brian Raffel told GameDaily. “We had the luxury of having no idea how to start and run a business, otherwise we most likely wouldn’t have even tried.”

Compared to today’s business, the games industry of 1990 was relatively straightforward, with small teams of five people or so being enough to push a product to market. Reflecting on Raven’s 30-year history, Raffel said that the amount of change he has witnessed in over the last three decades has been staggering.

“It used to be you had a programmer, artist, and audio designer. Sometimes you had a game designer, who did pieces of all of those. Now you have so much specialization,” he said. “Like animation, for example, you have riggers, key framers, and motion capture specialists to name a few. Each discipline is now broken out into three to eight or more specializations, depending on the game you are working on.”

When beginning work on Black Crypt, Raffel and his brother were both artists with very little experience in the coding department. Luckily, Steve had a roommate, Bill, who was a programmer. Bill agreed to work on Black Crypt, and built a grid-based movement system. It was novel at the time, and accounted for all for cardinal directions, which, Raffel said, lent a sense of exploration to the game.

The problem, though, is that each square on the grid required its own game file. When planning out the demo for Black Crypt, the Raffel brothers very quickly created 400 squares, and thus 400 game files.

“Doing the math, we quickly realized this approach was not going to work due to significant memory restrictions at the time,” Raffel explained. “Back then, a floppy disc would only hold about one megabyte and that was the whole game. We had only crafted the first few rooms of our demo and we were already over that!”

Rather than cutting the scope of the game, the Raffels hired some new programmers who helped cut the wall and floor tiles of the game into smaller pieces, which drastically reduced Black Crypt’s memory footprint. This experience, Raffel said, made it clear that sometimes finding a solution requires a different perspective.

After building out the demo and mailing it off to 10 different publishers, Black Crypt received seven offers within a week. Eventually the Raffel brothers chose to sign a deal with Electronic Arts.

“To describe how I felt in that moment is hard to explain,” Raffel said. “It is deeply personal when someone else values your work, your perseverance, and your dream. Our dream had become a reality. It was truly unbelievable.”

In 1997, in an effort to take the business to the next level, Raven Software created a strategic partnership with Activision that would see the company publishing most of Raven’s games. Raffel said that signing the deal with Activision was difficult, not for any business-related reasons, but because of terrifying travel complications.

“We flew out of Milwaukee. Just after taking off, one of the engines made a loud bang and then shut down altogether,” Raffel said. “I happened to be seated in the window seat on the left side of the plane and saw the wing turn downward. My brother calmly said, ‘what is Raven going to do without us?’ That just floored me. Just then, the plane corrected itself. We flew a bit longer, dumped our fuel, and then returned to the airport. On our descent into the airport, we saw fire trucks lined up for a potential crash landing.”

While the experience put the Raffels off of traveling for a week, they eventually made it to Activision headquarters where they were able to sign the publishing deal.

“The partnership with Activision has been a key component to our studio lasting so long. More than 23 years later, I can tell you that it was worth it. We have been a part of the family ever since, and are so excited about not just our own future but also Activision’s,” Raffel said.

As its business relationship with Activision evolved over the years, Raven Software has been folded into the Call of Duty development rotation. The juggernaut FPS franchise has become one of the highest-selling series of all time, with its annual releases regularly topping sales charts throughout the year.

Over the last year in particular, Call of Duty has been experiencing a golden age of sorts, thanks to the stellar performance of Modern Warfare and its free-to-play battle royale mode Warzone, the launch of Call of Duty: Mobile, and impressive sales of the remastered Modern Warfare 2 campaign. Even entries from previous years--most notably WWII and BlackOps IIII--continue to perform strongly.

“We have seen strong catalog performance from Call of Duty franchise games for years. However, not quite at this scale,” NPD analyst Mat Piscatella told GameDaily last month. “The data suggests to me that efforts such as Call of Duty: Warzone and Call of Duty: Mobile have contributed to the success of the console games. Multiple franchise entry and touch points appear to have done a fantastic job of making the Call of Duty franchise an even bigger success overall.”

Raven Software’s first chance to work on Call of Duty came in 2010, when the studio helped Treyarch on the original Black Ops. From there, Raven became a go-to partner for co-developing each year’s title.

“That partnership with Treyarch kicked everything off for us,” Raffel said. “The partnerships expanded and deepened to where we kept getting more and more exciting work. Most recently, we were on the ground floor with Infinity Ward for the development of Call of Duty: Warzone. To see so many people enjoying a game that we all poured so much into over the years is truly humbling. Having a partner like Infinity Ward to share this adventure with has made it even better.”

Of course, work on Call of Duty demands a high opportunity cost. Raven built its name on some high-profile licensed products, including Marvel: Ultimate Alliance,X-Men Legends, and Star Wars: Jedi Knight. It also built a strong portfolio of original IP, which includes Hexen, Soldier of Fortune, and Singularity, which has gained a cult following since its 2010 release.

When asked if Raven would ever find time to work on something outside of Call of Duty in the future, Raffel was non-committal.

“We get this question a lot. Raven has always loved creating amazing worlds for gamers to experience,” he said. “We are very proud of the games we have developed through the years. The three that we hear most often about are Hexen, Singularity, and Soldier of Fortune. Each features incredibly rich worlds that we would love to explore again someday.”

One of the dominating headlines in recent months is, of course, the ongoing COVID-19 pandemic. While Raven was previously fairly flexible with regards to remote working, that doesn’t mean that it hasn’t had to make some major adjustments.

The pandemic hasn’t stopped Raven from expanding, either; Raffel said that the team is looking to add upwards of 90 new workers across all levels of experience.

“We like to say that our work speaks for us, and we bring no egos. Those aren’t just words for us--they are goals that we work hard every day to achieve,” he explained. “When we hire a new team member, we do look at relevant experience, but maybe more important to us is that we can confidently say this person fits Raven’s culture and will positively impact our team.”

Looking forward, it’s this kind of expansion that characterizes Raven Software’s 30-year journey. From working with a small team of around five people working on Black Crypt in the late ‘80s, the company has grown into a juggernaut development studio that contributes to one of the largest video game franchises in history. Raffel’s impressive longevity in the industry has made him, along with his brother, an icon of the business. And if their ambitions are to be believed, they’re not slowing down any time soon.