Kwalee and Buildbox partner to grow the hyper-casual mobile market 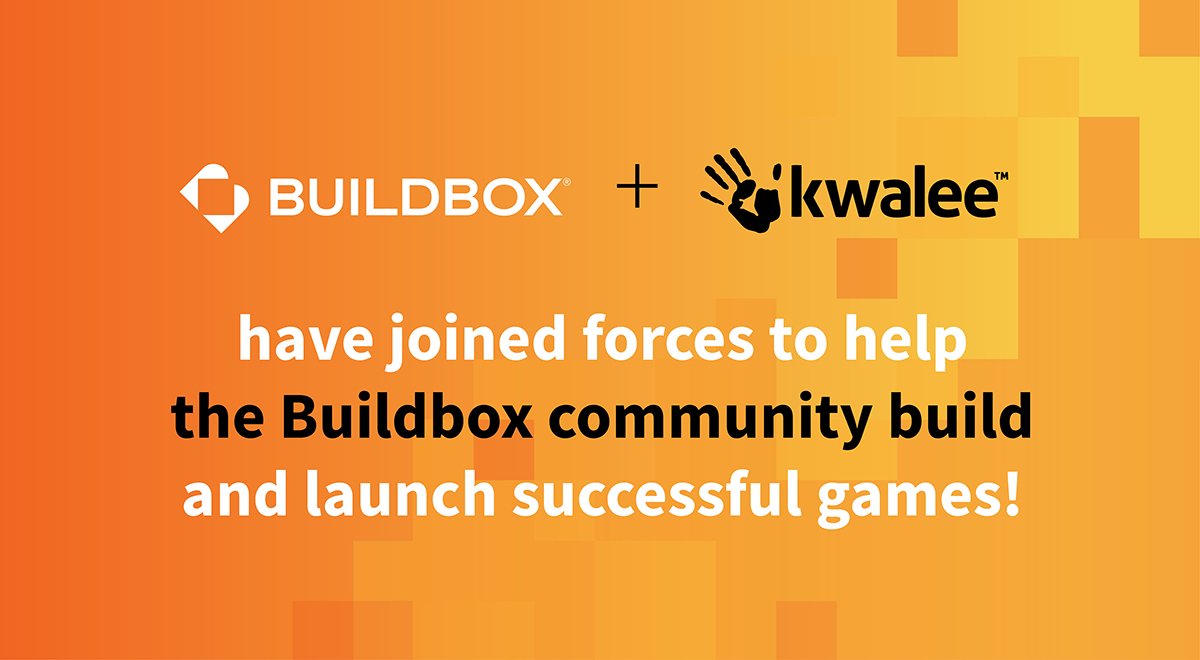 Hyper-casual mobile publisher Kwalee has announced a new partnership with popular codeless development platform Buildbox. As part of the partnership, “standout” projects that were made using Buildbox will find themselves on Kwalee’s radar, potentially landing a publishing deal.

“The mobile market is very competitive, and having an experienced teammate such as Kwalee, who can assist in navigating common development and design mistakes, puts game developers in a much stronger position to stand out,” Jonathan Zweig told GameDaily. “With our partnership with Kwalee, the developer doesn’t have to take on the large marketing costs required to get their game visible in the marketplace. This alone is a huge win for the games industry, where so much of the best talent is undiscovered.”

Zwieg is the CEO and president of AppOnboard, which is the parent company of Buildbox. Zweig said that Kwalee’s track record of successful hyper-casual titles makes the publisher a very attractive partner for developers.

The hyper-casual mobile market is a very lucrative one, with nine of the top-10 most installed mobile games in the U.S. during Q1 2020 falling within the genre, according to Sensor Tower’s Randy Nelson.

“Hyper-casual is booming on mobile,” Nelson told GameDaily in May. “The top 10 games of this type were downloaded 80 million times during Q1 in the U.S. alone. The fact that they've become so ubiquitous speaks to the success of this sub-genre for its publishers, and their popularity is showing no sign of waning.”

For this reason, it’s not surprising to see Kwalee doubling down on its investment into the hyper-casual space. Leveraging Buildbox, therefore, makes sense as its accessible toolkit is reflective of Kwalee’s preferred genre.

The selling point of Buildbox is that it’s a codeless way of developing mobile games. It’s a software kit that features a suite of pre-built assets that developers can mix and match to create a game in a very short amount of time. For Zweig, this removes one of the most intimidating barriers to entry-level game development.

“Video Games are a fundamental human expression, yet less than 1% of the world’s population knows how to code,”Zweig said. “Code is a huge barrier to making the type of video games that the next generation wants to create and that we want to enjoy. Buildbox breaks down all the barriers of making games, opening up this form of expression to the whole earth.”

Among the stable of developers utilizing Buildbox is Volkan Kutlubay, the Turkish indie dev behind endless runner Night Rider, a game that was made using Buildbox.

“Buildbox simply makes me forget all the technical boundaries of what can be done and what cannot be done, which totally relieves me and creates my dreams as a one man band,” Kutlubay told GameDaily. “Buildbox is a wonderful piece of software, and the best part is if you are a designer you can grasp it just like that and start getting into gamedev.”

Kutlubay said that an ultra-accessible platform like Buildbox can foster creativity in ways that traditional code-based development can’t.

“When I am designing with Buildbox I can be experimental,” he explained. “The engine itself works very fast and lets you design and test any particular aspect of your game right away in the simulator. Also, exporting and then building the game is extremely fast. In some other engines I sometimes wait around 5 to 10 minutes during the process.”

For Kwalee, making development more accessible means more creativity within its portfolio. Simon Prytherch, head of publishing at Kwalee, explained that when scouting games, he looks for mechanics that are compelling enough that players will want to keep playing even when interrupted by advertisements.

“We’re driven by creativity, so we’re always excited by unique ideas that are going to translate into enjoyable playing experiences,” Prytherch told GameDaily. “This is how we select the games we’ll move forward with publishing, but this isn’t just based on our opinions. We test all games we feel have potential and dig into the data of how they’re received. We don’t simply decide what gets published, real players do. If our early data shows players are responding well, we know we’re onto something and look to build upon it from there.”

In partnering with Buildbox, Prytherch said that Kwalee eliminates one of the more stressful aspects of bringing a game to market. Self-publishing a game is a difficult prospect, and hiring out marketing duties can be prohibitively expensive. Through the partnership, developers selected by Kwalee can focus instead on polishing their games.

“We have large internal teams that take care of user acquisition, marketing, monetisation, QA, and store pages, and a game design team that will suggest any tweaks that are needed for their game to become the next hit,” Prytherch explained.

The origins of the partnership between Kwalee and Buildbox date back quite a while, but the business relationship was taken to the next level earlier this year when the two companies hosted a month-long hyper-casual game jam.

“The partnership was the next logical step,” Prytherch said. “Buildbox makes an ideal partner for us, as they’re just as driven by creativity as we are, and they’re all about great gaming experiences. The Buildbox platform goes hand in hand with the bite-sized gameplay of hyper-casual too, so the partnership truly makes sense from every way you look at it.”

Kutlubay said that the opportunity to get published by Kwalee is huge for small devs, and that he can vouch for the studio’s pedigree.

“It’s a great opportunity to work with Kwalee,” he said. “I’ve already been playing their games, and have tested one game with them. The experience was friendly and rewarding. Even in that small period of time I learned a lot about game marketing and improving key performance indicators.”

For Rakshak Kalwani, a Buildbox developer that is working on Donuts Delivery, the prospect of being published by Kwalee is a huge opportunity.

“Having an opportunity to get published by Kwalee is the biggest boost we can get for our journey; a massive recognition for our efforts and would certainly help us establish ourselves in the industry,” Kalwani told GameDaily.

While Buildbox and Kwalee are looking to ease the process of game development, there remain a number of obstacles indies must face. While many challenges vary from one developer to the next, there are several universal ones that unite smaller studios.

“The most challenging part for us--and I can imagine for any developer out there--is quantifying fun,” Kalwani said. “We struggle and iterate dozens of times with our game designs, and try our best to nail what we think would be fun, simple yet challenging, and easy to play.”

All the hard work is worth it, though, when players enjoy the game and let the developers know as much.

“When you get an email from a user who adores your game and writes a full-length email about their likes and dislikes, or changes they wish to see, that is the sweet spot,” Kalwani said. “The biggest reward in making games is watching users play and enjoy them as much as you would have hoped for.”

In all, the partnership between Kwalee and Buildbox represents a good opportunity for developers to get in on one of the most lucrative sectors of the mobile gaming business. Like much of the rest of the games industry, mobile gaming has been on the rise thanks to the ongoing coronavirus pandemic, and the hyper-casual market is thriving. A partnership like this one benefits all parties involved, from Kwalee, Buildbox, and indie developers. It will be interesting to track the progress, and see what games emerge from this collaboration.