Microsoft announces the closure of streaming platform Mixer, will partner with Facebook Gaming 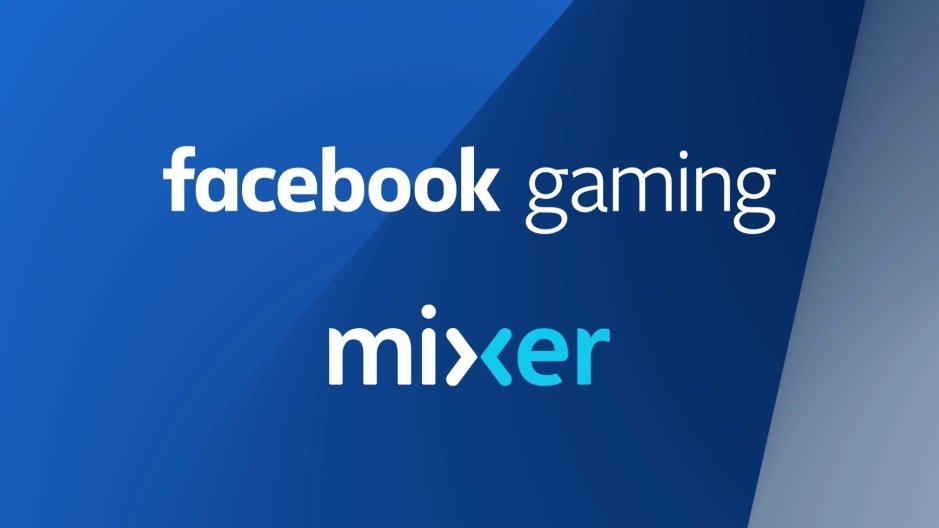 Earlier this week, Microsoft abruptly announced that it was shutting down the operations side of its livestreaming platform Mixer, effective July 22. In the announcement post, Mixer said that it will be partnering with Facebook Gaming in an effort to transition parntnered streamers to that platform; beginning on July 22, all Mixer apps and sites will redirect to Facebook Gaming. The move, the post reads, is part of a larger partnership between the two companies that will allow Microsoft to leverage Facebook’s enormous audience to build interest in its xCloud streaming service.

“Gaming is already part of our social fabric, and Project xCloud can take you from discussing a new game--whether it’s a funny in-game moment posted by a friend, an ad, or an ongoing stream--directly to playing it,” Phil Spencer, head of the Xbox brand, wrote. “In the future, through the power of Xbox Live and Project xCloud, we see there being just one click between ‘I’m watching’ and ‘I’m playing.’”

In its announcement post, Mixer details the eligibility required for partnered streamers to transition, but the sudden nature of Mixer’s shuttering has left many shocked and angry, with several vowing to instead move to Twitch or YouTube, even if they’re offered partnered status at Facebook.

“It’s got to be really jarring for all of the loyal, consistent Mixer streamers out there,” Lewis Ward, analyst at IDC, told GameDaily. “I saw at least one shedding tears on a Twitter video clip. There’s no way around the fact that this pulls the rug out from under many of these passionate streamers.”

For Carter Rogers, principal analyst at SuperData, it’s not simply scorn that makes Facebook an unattractive platform for some streamers; the company’s history of privacy concerns is also in play. Also noteworthy is the fact that Facebook has come under increased scrutiny for it’s less-than-forthcoming ad practices and lack of accountability for the content that appears on the platform.

“It’s certainly not an ideal situation, even if Microsoft has touted Mixer streamers’ ability to move over to Facebook relatively quickly,” Rogers told GameDaily. “Many streamers and their fans may have issues with elements of Facebook like using their real names when commenting.”

Meanwhile, streaming juggernauts Ninja and Shroud, who signed exclusivity deals with Mixer last year, have reportedly been paid out for their now-defunct contracts. This is a hefty payday for Ninja especially, whose contract was worth an estimated $30 million. Quite the windfall for less than a year’s work.

“The Ninja deal didn’t drive up hours of use overall by very much--it was more cannibalistic of other Mixer streamers than additive, so the whole idea of ‘poaching’ streamers from one platform on order to grow the platform really didn’t pay off, and is now a cautionary tale that everyone else would do well to remember,” Ward said.

Admittedly, from a business perspective, Microsoft shuttering Mixer makes sense. Although it has grown in recent months, the platform has historically struggled against the likes of Twitch, YouTube, and Facebook Gaming. Therefore, It’s logical to hedge the losses and, at the same time, gain access to a new audience of millions in the buildup to the launch of the Xbox Series X and Project xCloud.

“Even with tens of millions invested--some to sign Ninja, Shroud etc.--Mixer has failed to scale” said Piers Harding-Rolls of Ampere Analysis. “In contrast, Facebook Gaming viewing hours have increased strongly over the last 12 months. Mixer’s lack of reach means it fails as a tool to engage broader audiences.”

Of course, Facebook also benefits greatly from a partnership with Microsoft. With Mixer out of the picture, there’s one less competitor in the streaming landscape. We should expect to see Facebook Gaming’s foothold in the business grow, especially as popular streamers transition, allowing it to better compete with Twitch and YouTube. Ward notes, however, that even if Facebook is able to significantly bolster its viewership, it will still likely fall short of the other two major platforms.

“If this move results in a big surge in Facebook Gaming use, then perhaps we’ll see it in retrospect as the best possible outcome for the Mixer streamers who took that plunge, but that’s speculative,” Ward explained. “Even if Facebook Gaming absolutely crushes it in late 2020 and in 2021, they’ll still be way behind YouTube and Twitch.”

Facebook’s partnership with Mixer is just one aspect of the company’s newfound focus on the gaming space. The same day that Microsoft announced the closure of Mixer, Facebook announced that it has purchased Ready at Dawn, the developer behind Lone Echo and The Order: 1886.

Reportedly, the studio will retain all of its team, and will even gain access to some of Facebook’s developmental resources such as Oculus Studios. On the surface this seems like a good fit given Ready at Dawn’s penchant for VR experiences and Facebook's strong investment into that space. However, this deal is also reflective of the fact that VR continues to struggle with growing its mainstream audience.

“For now, VR and livestreaming are very distinct parts of the gaming ecosystem,” Rogers explained. “The Ready at Dawn acquisition reflects the reality that big-budget VR games aren’t currently commercially viable without the support of platform holders. Facebook snapped up Ready at Dawn, along with other skilled VR developers Beat Games and Sanzaru Games, since it needs to either pay for VR games or build them in-house.”

In the end, the implications of Microsoft's shuttering of Mixer, and its new partnership with Facebook Gaming, are many. From cloud services, to livestreaming and VR, There are many sectors of the gaming business that the news touches on. It also illustrates that even tech behemoth Microsoft isn’t immune to the fickle nature of gaming audiences. Still, even if the Mixer experiment has failed, Microsoft has proven to be nimble in the past.

“Microsoft no doubt wanted to use Mixer to promote its gaming ecosystem, especially with the upcoming launches of the Xbox Series X and Project xCloud. However, it wasn’t putting up the numbers to do this effectively, so Microsoft must have felt it was a better option to get their products on other platforms with wider reach. It’s similar to how they brought Microsoft Office to iOS and Android after Windows Phone failed to take off,” Rogers pointed out.

Looking forward, it will be interesting to track the growth of Facebook Gaming’s audience, dubious business practices aside. Even if Twitch remains the perennial leader, the streaming landscape is fiercely competitive. It’s also likely that we’ll be seeing fewer big-money, Ninja-esque deals in the future seeing as how they weren’t enough to buoy Mixer. If there’s one big takeaway from this news, it’s that we could be seeing a paradigm shift in the business of livestreaming.