PSVR Veteran Dave Ranyard: Studios Must Put Diversity On Their Radar From The Start 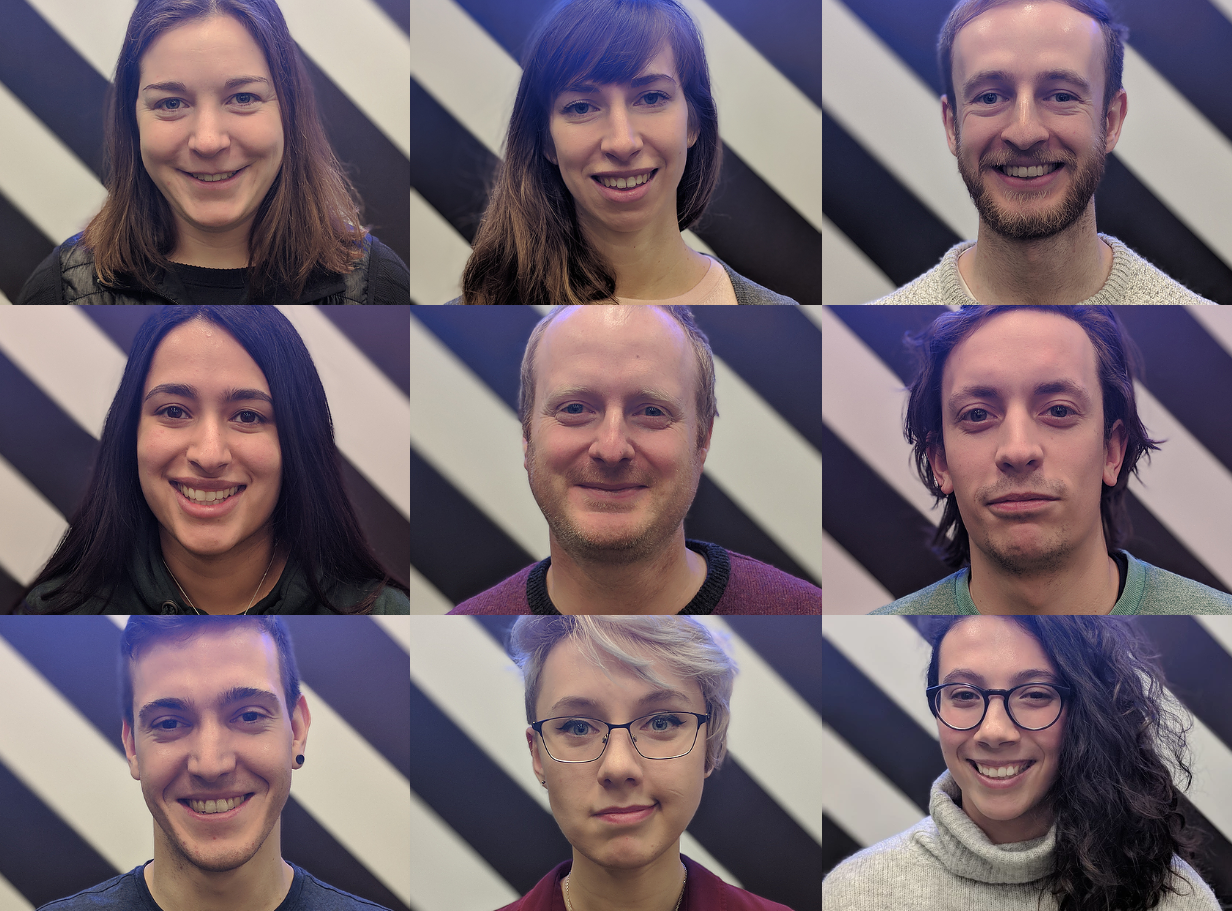 Dr. Dave Ranyard has been working in VR for some time now. He spent nearly two decades at PlayStation leading Sony’s London Studio. Ranyard was intimately involved in both EyeToy and “Project Morpheus” (which became PSVR), creating numerous demos for the tech as well as titles like VR Worlds, which launched with Sony’s VR headset. In early 2017, he left his longtime Sony career to found a new studio, Dream Reality Interactive.

He’s still dedicated to experimenting with new AR/VR technology and crafting all sorts of experiences (not just games). He also took it upon himself to use the new company as a way to spearhead a culture of inclusivity and diversity.

“I'm really pleased [that] we're pretty much 50/50 on gender. And that's been a conscious choice, not in terms of picking who we hire, but in terms of how many candidates we get,” Ranyard explained.

A 2017 developer survey from the International Game Developers Association (IGDA) shows that nearly three-quarters of the industry is male. Clearly, the industry can do a lot better when it comes to gender balance and diversity as a whole. At the more established game companies, change can take longer to achieve. This is where small studios can lead by example.

“It's really hard for established studios, because you can't change that overnight,” Ranyard said. “We had similar [gender] ratios [as the industry average] when I was running a studio for Sony. [But with Dream Reality] It was almost like an experiment, 'Hey, do you know, if you're starting from scratch, can you do it?' And actually, you can, but you do need to just, you just need to put it on your radar at the beginning, and not get two years down the line and go, 'Oh, shit, wish I'd thought about that at the beginning.’”

Going indie has afforded Ranyard the opportunity to not only stress gender balance but to craft a studio culture that emphasizes collaboration and trust among co-workers -- something that can be forgotten at massive triple-A studios.

“One of the things I was really keen on doing, at an indie studio, you have the opportunity to start from scratch and [mold] the culture,” Ranyard said. “[You can] engage with all the people that you bring in [and] you've got a lot of opportunity to get that culture right. And we work off three very simple principles: honesty, respect, and trust. And with those three, if you give that to people, I find, you get the best work, people collaborate.”

I met with Ranyard after playing the aforementioned Arca’s Path at E3 this year. The game is a ball-rolling title, somewhat akin to Super Monkey Ball, except that players use nothing but their gaze and head motions in the VR headsets to navigate the levels. Ranyard and Dream Reality haven’t reinvented the wheel, but the title felt natural and intuitive. And that’s precisely the point; creating a VR title that doesn’t require a controller makes it more accessible to a wider audience.

“What we've done with Arca's Path is we set out at the beginning and said, ‘What can we do that will run on any headset?’ And so, the team came up with this great simple mechanic; it's just about looking, but it does give you a depth of gameplay because it's a full 3D physics platformer. So that was our ambition, [to] consolidate all those fractured headsets into one market,” Ranyard explained.

Without worrying about Oculus Touch, PSVR or Vive controllers, the Dream Reality team could fine-tune the movements in the game.

Many VR developers are still trying to find their groove. It’s a new paradigm where new genres will be formed, much in the same way that the smartphone touch screen led to new types of gameplay.

“I think if you look at it, we've had kind of ‘wave one’ with tech demos. They were cool, but limited,” Ranyard noted. “Then we've had games that have been really good but they've kind of clustered into genres. There are a lot of shooters, for example. Then the third wave, I think, is people finding something different. We wanted to kind of present something that people haven't seen before.

The PlayStation audience is interesting, has got three million headsets, and they're a very engaged audience. And they are happy to pay for quality games. They have a very high tie ratio.

“I remember showing [London Heist in VR Worlds] to people and them going, 'Oh my God, I’ve never seen anything like that.' And actually, we're getting similar reactions with this, which is, 'Oh, that's so cool.' If you can show people something that is engaging and beautiful and they enjoy, and it's something they haven't imagined, ever, that's a real delightful emotion that you give them.”

While the VR market has been slow to ramp up over the last few years, Ranyard is not concerned with the size of the market.

“I never expected it to change overnight from the beginning anyway,” he said. “It's a big step forward and there's kind of a lot of beta kit that's been released. But we're progressing, and year-on-year it's always getting better. Games are getting better, sales are getting better. I think some very interesting standalone headsets are coming, and I think that's something to watch. More of a DS or iPad price, so it's kind of within a birthday present. I think that will make a difference to consumption. And you're not fluffing around and fiddling around [with PC rigs and wires].”

Dream Reality is leveraging as many headset installed bases as possible with Arca’s Path, but Ranyard had positive things to say about his former employer’s platform. PSVR, in a way similar to the PS Vita, allows some developers to be a big fish in a small pond.

“The PlayStation audience is interesting, has got three million headsets, and they're a very engaged audience,” he remarked. “And they are happy to pay for quality games. They have a very high tie ratio. So, that's actually very healthy.”

Given his background with EyeToy and PSVR, Ranyard is fascinated by the continued evolution of the technology. Arca’s Path requires players to move their heads around to control the ball’s movements, but numerous companies are working on eye-tracking and foveated rendering techniques. Those could be real game changers for virtual reality.

“Things like eye-tracking are amazing for character interaction,” Ranyard commented. “I've seen some tech demos where you're having kind of a light conversation with a character, and you look at something... let's say you're looking at the bar, and you look at the wine, and they say, 'Oh, you want the wine?' And you go, 'How did he know that? He's read my mind!' And I'm sure there's a lot of other things you could do with eye-tracking, but this kind of fidelity I find really interesting, how we interact with digital content, through expressing ourselves naturally as humans.”

Ranyard fully believes that AI within AR/VR will soon be monitoring our voices, hand motions, expressions and more in order to react to our behaviors more intelligently. And it’s this technological leap that will drive the next era of computing, he said.

“You could create a character that is the personality, the person of a Siri or an Alexa,” he noted. “And if you were wearing AR glasses, then suddenly, Alexa's sitting at the table in the kitchen and you say, 'Oh, what's the weather like today?' And they say, 'Blah blah, don't go that way because of the road block, and maybe you want to go down to the park because there's this festival on.' So you've got a ‘person’ to talk to, not a funny vase in the corner.

You can scale something very quickly because suddenly you can put it on Oculus Go and put it in every school. So, if you've got some simple therapy that's going to improve kids' lives, and you can do it in VR, then actually, for the health cost, it's much cheaper deployment.

With AR in mind, Dream Reality has already started tackling Apple’s ARkit. They released an ARkit-enabled game last year called Orbu, which uses a simple slingshot mechanic to move a creature around a Japanese garden environment. “[VR is] super immersive and I absolutely love it, but it has kind of quite clear hardware restrictions on the growth pattern. We look at AR, and you know, Google and Apple [are involved], so it's hugely strategically important. It's a different experience and at the moment... it's going to be the transformative [tech,” Ranyard added.

While Ranyard loves making games, he believes mixed reality tech holds great power to do good, which is why Dream Reality is pursuing applications in fields like education and mental health. One educational app the team already created was Hold the World for the Natural History Museum, featuring Sir David Attenborough.

“We put the whole thing together, and it uses Microsoft's holographic technique of capturing people, and then it has photogrammetry of the Natural History Museum,” Ranyard explained. “And basically you sit there and you can open a drawer, take out an object, and he tells you about it. And you can make it bigger, and you can look at stuff and it's pretty cool.

“Or imagine learning a language and being immersed in the culture of where you're going to be learning. You can do that in VR, so why not? And we find those projects are interesting because we can learn more about VR in general and we can just build up our skills.”

“You can scale something very quickly because suddenly you can put it on Oculus Go and put it in every school,” he said. “So, if you've got some simple therapy that's going to improve kids' lives, and you can do it in VR, then actually, for the health cost, it's much cheaper deployment. You don't need to pay for a nurse or something. So, I'm really interested in that space, and I think it can do a lot of good.