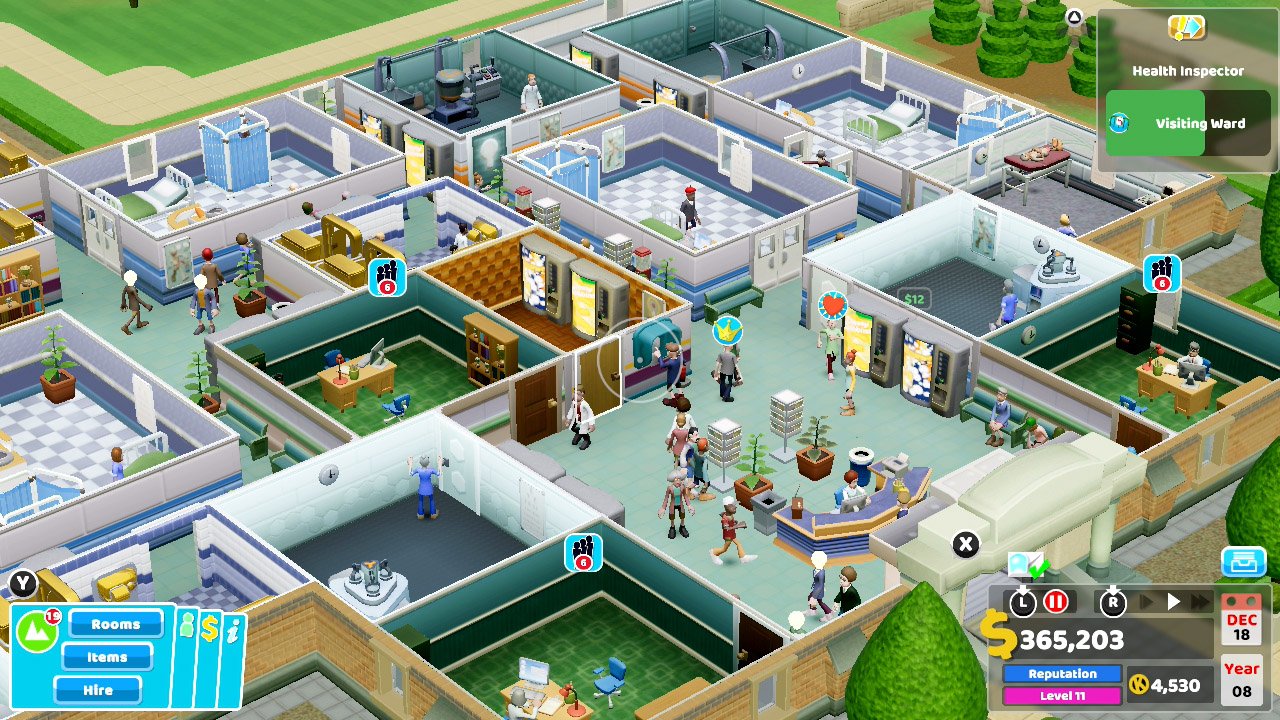 At the beginning of the month, Two Point Studios, the Sega-owned, UK-based developer behind Two Point Hospital, announced that it had hired James Docherty as its new chief operations officer, and Andy Barton as executive producer. Now, as the two begin settling into their new roles, Docherty spoke with GameDaily about his past experience and what it means for the future of Two Point.

“As I'm only a matter of days into this exciting new journey, building internal relationships within the studio and the wider Sega family is of primary importance,” Docherty said. “Looking ahead, building on our breakout success, listening to and learning from our community, and understanding the business opportunities that such a dynamic industry as our own produces will be critical to our long-term success.”

Docherty is a vereran of the games industry, and brings 15 years of experience to Two Point Studios. He has previously held positions at companies like Apple, Microsoft, and Sony, where he specialized in strategic planning, partner management, and business development. More recently, he took a break from the development side of things to work in consumer electronics and, more specifically, digital retail.

“I have good experience working for both major console platforms, and in publishing across hardware, software, digital and physical initiatives,” he explained. “I hope to channel this broad experience into supporting the studio to create the best games they can for our players while maximizing the reward for our teams.”

Docherty’s appointment comes amid the ongoing COVID-19 pandemic, which has proven to be a challenging time for the game development business. Remote working conditions have thrown a wrench into the routines of many studios, a fact that Docherty doesn’t take for granted.

“Personally, the impact is very real as I am starting this new journey under the confines of lockdown which presents its own challenges. However, communication in the studio is exceptional so I'm confident we will emerge all the stronger for it,” he said.

Founded in 2016, Two Point Studios is a relatively new company with only a single game to its name at this point. However, Two Point Hospital has been received very well by critics and consumers alike. The self-described “little people management sim” launched on PC in 2018 and consoles later, where it debuted to impressive sales numbers.

“People really love management sims, and we’ve gotten really good at making them over the years,” Laycock told GameDaily. “There are a whole bunch of exciting developments that have happened in this space. By making games that have a fun, friendly exterior, but with a really deep management loop beneath the surface, we’re strongly positioned to appeal to players all across the spectrum. That’s a really exciting area and we’re keen to keep growing it out with awesome new games in the series.”

Of course, Two Point Studios has not announced a new game just yet, but the appointment of Docherty points to an ambitious future. As Laycock said, the management sim genre has grown in popularity in recent years, and is ripe for more entries. It appears that Two Point Studios is prepared to take advantage.