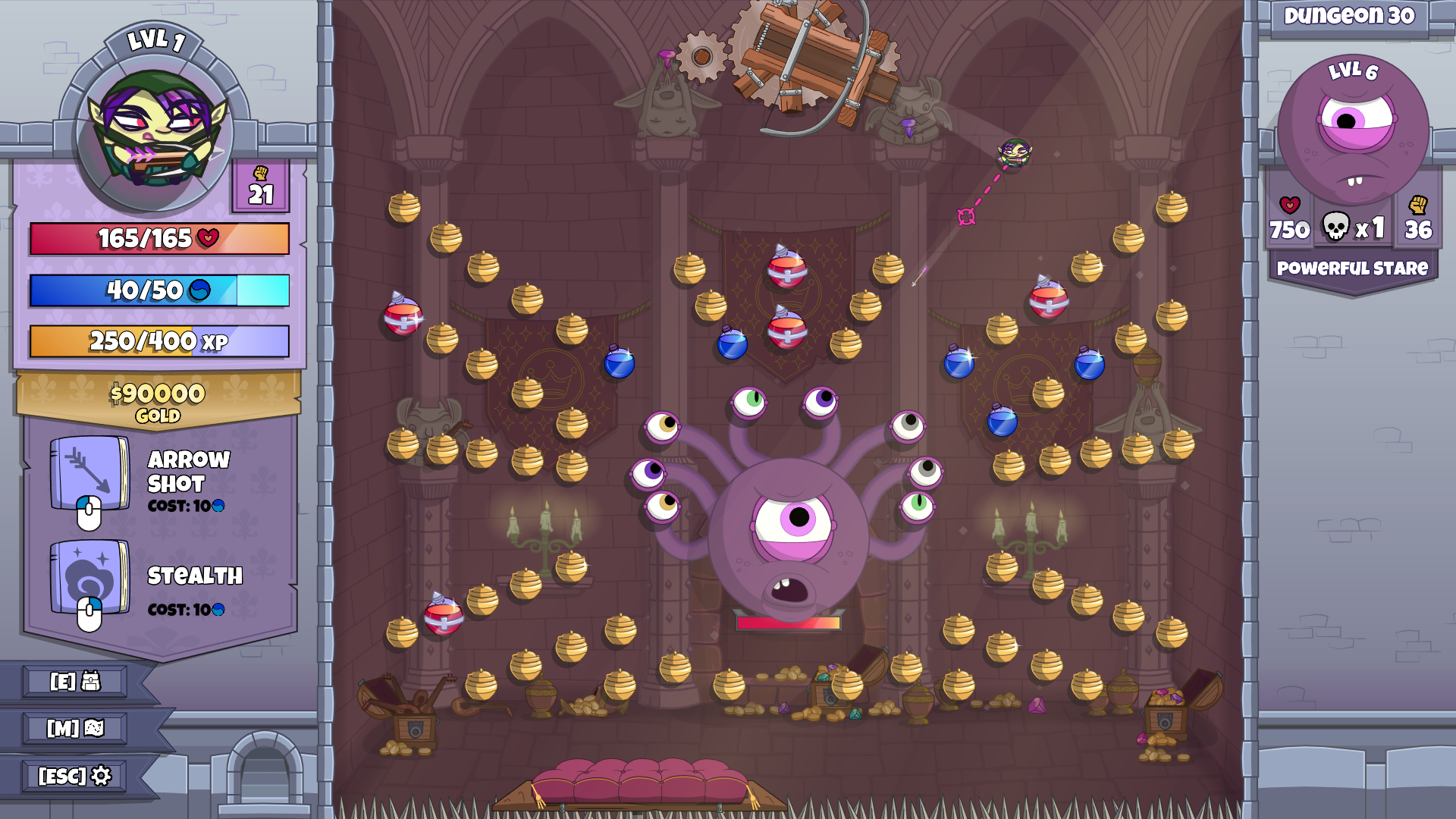 Late last year, the International Game Developers Association published the 2019 version of its Developer Satisfaction Survey, and of the 1116 respondents 71% self-identified as male. Meanwhile, only 24% identified as female, 3% as non-binary, and 2% selected “prefer to self-describe.” Men as the overwhelming majority is not a new issue, but an historic one for the games business. In recent years, though, the number of women in the industry has been on the rise, even if there is still a long way to go.

“Having been in the games industry for 15 years now, I'd say I'm both frustrated and hopeful with where we're at,” Clara Reeves, CEO of indie developer Hipster Whale, told GameDaily. “A decade ago, better representation in games was barely on the radar as a serious issue in my circles, and now it's at least identified and openly discussed as something we need to address. I wish it was happening faster, but I do see the changes happening.”

Reeves, whose experience comes largely from the QA, design, and production side of things, said that historically marginalized groups continue to face an uphill battle, and those in roles of power and authority are in the best position to pave the way.

For Andrea Roberts, founder and game designer at Wonderbelly Games, while the industry has been making a more concentrated effort at bringing in women, retaining them is another issue entirely.

“The games industry seems to be putting a lot of effort into hiring women, but not as much into keeping them around and supporting them in leadership roles,” Roberts told GameDaily. “In particular, I continue to be shocked at how few women creative directors and game design leads there are.”

This homogeneity, Roberts said, has resulted in a games business that self-perpetuates a limited point of view, leading to a lack of creativity and unique experiences.

“It’s funny how the triple-A industry continues to chase a very narrow set of power fantasies, all competing for the same space, when there’s clearly an appetite for so much more,” she explained. “Why did the industry throw millions at chasing MOBAs instead of chasing The Sims? Why does Nintendo have a monopoly on cute and cozy?”

Roberts said that fostering diversity in the games development business is part-and-parcel to embracing a wider range of game genres and topics. Even among the most popular genres, providing a platform for more diverse voices can only result in more unique experiences.

“Even if you are going to make another shooter, why not try giving the reins to someone with a different perspective? They might just bring a fresh twist that will help you stand out from the crowd,” she pointed out.

Before founding Wonderbelly, Roberts spent quite a bit of time in the triple-A space. From being a game tester at Nintendo, to senior game designer at Microsoft Studios, her experience has afforded her a close-up view of how game development struggles to accommodate diversity.

Exacerbating the issue is crunch culture, the well-documented practice of expecting workers to work long hours under physically and mentally demanding conditions. Studios that employ crunch, Roberts said, expect workers to drop everything else in their lives to work evenings and weekends for weeks on end, and anyone who isn’t willing to do so is viewed as a bad culture fit for the company.

This practice is harmful by nature, but Roberts said that the last straw for her came when she became a mother.

“When I became a mom, I left triple-A to start Wonderbelly Games in part because a collision between how I wanted to raise my kid and crunch culture seemed unavoidable,” she explained. “I now know a lot of moms in the industry who are making it work, but it’s tough and there is a fundamental lack of support. Moms don’t just need breastfeeding rooms--they need to not be punished for going home on time.”

While the rigors of triple-A development are in the rearview for Reeves and Roberts, the indie space presents an entirely new set of challenges. Chief among them is the prospect of getting consumer eyes on your game. As game development becomes more and moredemocratized, discoverability has become one of the primary hurdles of indie success. The digital space has grown exponentially over the last few years, leaving many smaller studios to struggle with separating themselves from the pack.

Reeves said that while it’s nice to see a gaming landscape more diverse than ever before, the marketing and business side of the indie scene has become mature and competitive. Luckily, Hipster Whale has been able to mature and grow alongside these trends, and being able to recognize such patterns is vital to indie success.

“It's gotten harder over the past five or so years for indie devs to get their games seen,” Reeves explained. “Storefronts where you could previously get decent organic traffic with a good quality or novel product, are now crowded. It's just harder to cut through, and the bar to entry as a business has gotten much higher.”

A unique and novel product by itself may not be a surefire ticket to success, but it can certainly be helpful, and Roberts and the Wonderbelly team have that base covered. Their game Roundguard is a fascinating mashup of RPG and roguelike mechanics with classic pinball/puzzle hybrid Peggle. Launched in March, Roundguard is available on all major platforms.

“It started with a wild brainstorm,” Roberts reminisced. “We knew we loved playing with physics, so we were noodling around that space and writing one-pagers of our ideas. We'd all been quiet for a while and I was trying to get unstuck, so I was rubbing genres and mechanics together in my head to try to spark something. I remember turning to the guys and saying ‘Peggle RPG’ and it just clicked.”

Roundguard is also available on iOS by way of the Apple Arcade. For Roberts, while this opportunity sounded good, the business prospect was tenuous at best. In the end though, bringing Roundguard to Apple Arcade proved to be an enormous boon for the Wonderbelly team.

“Apple’s funding and support for Roundguard was transformative for us,” Roberts explained. “My husband Bob and I were able to go full time as Wonderbelly employees, and to focus all our effort into making a great game instead of worrying over monetization design. Roundguard would not have released on mobile without Apple’s support.”

Reeves and Hipster Whale also boast an established relationship with Apple: in 2014, the studio’s Frogger-like Crossy Road launched on mobile platforms, iOS included. The game has received a number of awards over the years, including the Apple Design Award in 2015. In February, Crossy Road Castle, a co-op platforming follow-up, released on the Apple Arcade service.

“Bringing Crossy Road Castle to Apple Arcade, we've been given incredible freedom creatively, and have been supported to keep true to our vision of the game we wanted to deliver,” Reeves said. “The Arcade team helped us understand the platform better, and shape the feature roadmap so we're really making what the players there are looking for in our next updates.”

Easily the most lucrative segment of gaming, the mobile sector is absolutely booming. For this reason, Reeves and Roberts both said that it’s nice to have the support of Apple as their teams attempt to navigate this challenging landscape. Being a part of the Apple Arcade subscription services also frees developers up from having to worry about microtransactions and similarly consistent revenue streams, leaving them free to focus on the game experience.

At the end of the day, the success of Wonderbelly and Hipster Whale can be traced back to the fact that they don’t need to adhere to triple-A sensibilities. Being unencumbered by the homogenous nature of traditional game development has allowed these women-led studios to thrive in an industry dominated by men. It’s clear that the business needs to continue to foster a welcoming environment for more diverse voices. Hopefully leaders like Roberts and Reeves can help speed things up a bit.