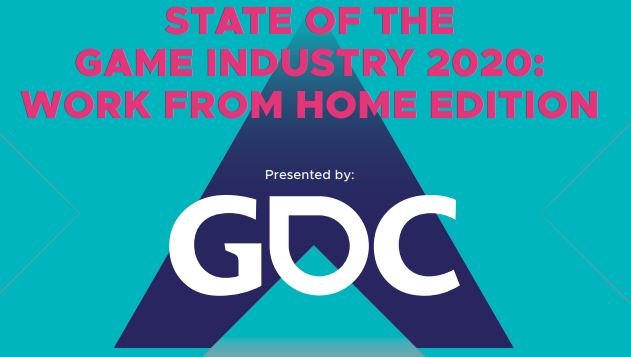 Last month, the Game Developers Conference polled roughly 2,500 video game developers as part of its regular State of the Industry survey. In the most recent survey, questions were focused on the ongoing COVID-19 pandemic, and how workers have adjusted to industry-wide work-from-home policies. Published this week, the results show that the majority of respondents believe that their business has not been overtly affected by the pandemic.

For Katie Stern, general manager of GDC, this outlook can be attributed to the enduring nature of video games as a go-to entertainment in the face of quarantine practices.

“The game development industry is uniquely positioned to weather some of the economic impact of the pandemic,” Stern told GameDaily. “More and more consumers are picking up games as a means of entertainment and escape while they are sheltering in place. This in turn protects large studios’ revenues to some degree, leading to pretty strong retention trends that aren’t being realized in other tech sectors or nationally.”

37% of respondents said that they feel the pandemic has not affected their business, which was by far the most common answer to this question. GDC also reports a 92% retention rating, with only 8% of workers getting laid off or furloughed. These are impressive numbers considering the state of the world, but Stern notes that they come with an important caveat: respondents represent a broad swathe of the games industry with varying levels of experience.

“We have to consider that many may be freelance contractors, independent developers, or students who may be working outside of a traditional studio environment,” she said.

With that detail in mind, the rest of the survey illustrates Stern’s observation that the business of games is more than capable of withstanding a recession. In fact, industry revenue has seen an enormous spike over the last several months as consumers turn to games to whittle away quarantine days.

Increased revenue is one thing, but adjusting to work-from-home policies is another beast entirely. Stern said that many developers reported that the transition to remote working conditions has been a challenge. As such, nearly one in three respondents said that they’ve had a game delayed by the pandemic.

“It’s important to keep in mind that while everyone is working from home right now, it isn’t during normal circumstances,” Stern explained. “Many developers are juggling multiple homeworkers in one space and acting as caregivers for dependents and elderly, while trying to maintain their professional obligations.”

The result is that many workers are finding themselves working extra hours to keep to a deadline amidst the new normal. This is a conceit that echoes the ongoing discussion of worker crunch in the industry, a topic that has come under increased scrutiny in recent years. This conversation strikes a very different tone in a pandemic-stricken work environment.

“We didn’t specifically ask about crunch in this survey, but respondents did note that many of their launch deadlines have been pushed out to accommodate the reality of working in an environment such as this,” Stern said.

This increased demand for time can have a noticeable impact on mental health, which Stern said was a common theme among survey respondents.

“Isolation, lack of communication or connection, loss of work/life balance and childcare obligations are all topics that came up that connect to a person’s well-being,” she noted. “These all tie pretty directly to the COVID-19 pandemic, alongside real worries about getting sick, having family members get sick, etc.”

Stern said that respondents didn’t specifically say that mental health was a topic the industry needed to address, but it’s clear that employee wellbeing needs to be a priority, especially in the U.S., which continues to see large spikes of confirmed COVID-19 cases. Many studios have implemented initiatives aimed at positive mental health for their employees, including Mediatonic and the new Tonic Games Group.

“We’re running meditation sessions to break up the day, so workers aren’t just working from nine in the morning to nine at night,” Mediatonic co-founder Dave Bailey told GameDaily last month. “There is so much volatility in video games by definition--games break out and they do really well, or products don’t sell and studios close--you see these kinds of cycles, and that’s something we’ve experienced firsthand and learned from over the years. What’s most important to us is that people have security, and that they don’t have to have those kinds of stressors in their lives on top of everything else.”

Elsewhere, groups like Take This continue to advocate for positive mental health practices in an industry that encourages physically and mentally rigorous work hours.

Exacerbating the difficulties of working from home is the adoption of new methods of inter-studio communication. Many companies have turned to tools such as Zoom, Discord, Slack, and InVision to engage in day-to-day communication. While these tools have been praised for their utility, they’ve had a notably negative impact on the ability to work efficiently, according to many respondents.

“Reading through the responses, it seems that good tools do not always equate to good communication or good collaboration,” Stern explained. “It takes longer to write strong, clear messages, video calls are time consuming, and creative problem-solving are particularly challenging in remote working conditions. As one developer so eloquently put it, ‘there is more busy time due to the increased need for good and more communication.’”

Despite all the challenges, there are some silver linings to glean from the pandemic. For instance, the games industry is learning what aspects of its business can be performed remotely, and it’s likely that the business will emerge from lockdown with a better sense of this concept.

“It’s pretty safe to say that there will be some lasting effects of the pandemic in relation to how the industry operates on a daily basis,” Stern said. “According to our respondents, 64% indicate that they plan to carry over new processes or practices post-lockdown. These range anywhere from more flex-scheduling and permanent work-from-home arrangements, to leveraging more collaboration tools and reporting processes.”

While GDC’s survey presents a snapshot of a games industry beleaguered pandemic conditions, the long-term impact is all but unknowable. While the immediate effects have been great for business, general economic concerns could result in consumer reticence down the line; the longer a recession lasts, the more frugal consumers will become.

Also of concern is long-term investment and funding for development projects.

“As one respondent put it, ‘any hit to an economy will have an impact on the ability for consumers to spend money. But additionally, side game projects we have with clients are shutting down,’” Stern said. “It will be interesting to see the long-term effects COVID-19 has had on the industry in another six months to a year.”